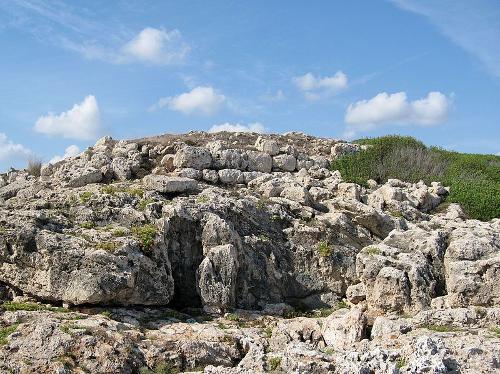 Already in the third and fourth millennium BC. Mallorca was inhabited by an Iberian shepherd people who lived in caves. What is special is that these people had the Myotragus, an antelope species, as pets. Many other archaeological finds date back to a later period, 1500 to 100 BC, the so-called Talayot culture. The word talayot comes from the Arabic "talaya", which means watchtower. Talayot is also the name for the mostly round towers that were used as a defense tower or lookout post. These stacked stones therefore belong to the megalithic era and often belonged to a settlement. Other structures typical of these cultures are the navetas, an upside-down boat of large stones that was used as a tomb. 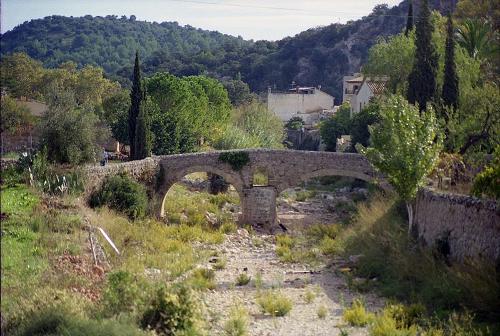 In 123 BC. the Balearic Islands were conquered by the Romans who absorbed all the islands in the province of Hispania Citerior in the fourth century. For the first time Menorca, Mallorca, Ibiza and Formentera belonged together. The Balearic Islands were an important supplier of wood for the Romans and the soldiers mentioned earlier. In turn, the inhabitants of the islands learned to grow grapes, olives and corn. The Romans also built new cities such as Palma, Pollentia and Manacor and built roads and bridges. The city of Pollentia (now: Alcúdia) was the most powerful city in Mallorca at the time.

In the 4th and 5th centuries, Christianity spread across the islands and the first basilicas were erected. After the collapse of the Roman Empire, mainland Spain was conquered by the Western Goths. The Balearic Islands were sacked and conquered by the Vandals who were driven out again in the 6th century by the Byzantines led by Belisarius.

Conquest of Mallorca by James I of AragonPhoto: Luis Garcia CC 3.0 Unported no changes made

In the 7th and 8th centuries the islands were constantly attacked by Barbarians and Normans and in the early 8th century the Balearic Islands were already attacked by the Moors. This attack was repulsed with the help of Charlemagne. Some time later, the Moors did manage to conquer the Balearic Islands and this occupation would last about three centuries. Palma was designated as the capital and was named Medina Mayurka.

During the Moorish rule, the economy and culture flourished and the islanders did not suffer much from the Moors. For example, they could continue to practice their religion and Jews and Genoese merchants were allowed to settle freely on the islands. Irrigation channels were also constructed that are still used today. Mallorca was also used as a base for privateers who attacked merchant ships and this generated a lot of money for the island. In 1229 Majorca was conquered by the king of Aragon and Catalonia, Jaume I, and the Moors were expelled as well as Christians converted to Islam. In 1276 he gave the kingdom of Mallorca, which at that time also included Ibiza, Sardinia, Roussillon and Montpellier, to his sons Jaume II and Pedro II.

Pedro II got Valencia, Aragon and Catalonia but wanted more and waged constant wars with Jaume II. This battle lasted for generations and finally the Balearic Islands were conquered in 1343 by Pedro IV of Aragon. At that time, the Balearic Islands were ruled by Jaume III, the son of Sancho I, who had succeeded Jaume II. The independent kingdom came to an end and from that time on the Balearic Islands belonged to the kingdom of Aragon. The Balearic Islands became a province of the great Spanish Empire in 1479, which was created after the marriage of Ferdinand of Aragon and Isabella of Castile. In the 16th century, trade and shipping fell due to the Turkish expansion and the North African pirates. The discovery of America also caused the economy to decline sharply as the trade moved from the Mediterranean to the Atlantic Ocean.

Fernando VI of Spain from the house of Boubon, MallorcaPhoto: Public domain

In the early 18th century (1700-1713), the French House of Bourbon and the Austrian House of Habsburg fought for the Spanish throne in the War of the Spanish Succession. The Balearic Islands chose the Habsburgs, who, however, lost the battle to the Bourbons. In 1833 the Balearic province was established and the administration of the Balearic Islands was established in Mallorca. A delegation from this board was in Menorca and Ibiza. From that time it remained fairly quiet on the islands and the prosperity gradually increased as a result of the strongly increasing tourism. In 1983 the Balearic Islands were granted autonomous status with its own government and parliament.

See also the History of Spain on Landenweb.