Menorca, or Minorca (Latin: Balearis Minor), is a Spanish island in the Mediterranean Sea, which belongs to the Balearic Islands. Menorca is the most eastern and northern of the Balearic Islands. The Spaniards of the mainland also call the island "isla verde y azul", the green and blue island. 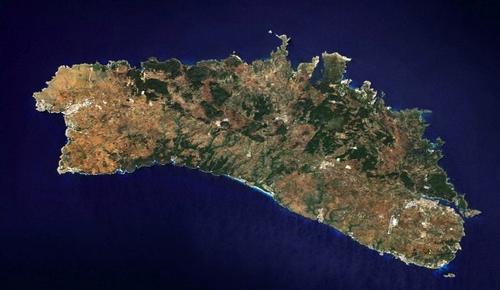 Menorca is approximately 50 kilometers long and maximum 22 kilometers wide. Menorca's extremes are Cap Cavalleria in the north, Illa de l'Aire in the south, Cap de Sa Mola in the east and Cap de Bajolí in the west. The total coastline is more than 200 kilometers. The total area of the island is 683 km2, making Menorca the second largest of the Balearic Islands.

The capital Mahón is located 160 kilometers from Palma de Mallorca, 210 km from Barcelona, 315 km from Algiers in North Africa, 350 km from Marseille, 360 km from Valencia and 370 km from Alguer, a town in Sardinia. Cape La Mola, the easternmost point of Spain. The highest town in Menorca is Ferreries, 150 meters above sea level.

Menorca is predominantly hilly and quite rocky. The center in particular is characterized by a hilly landscape. The highest elevation on Menorca is Monte Toro (Arabic for "highest mountain") at 357 meters. 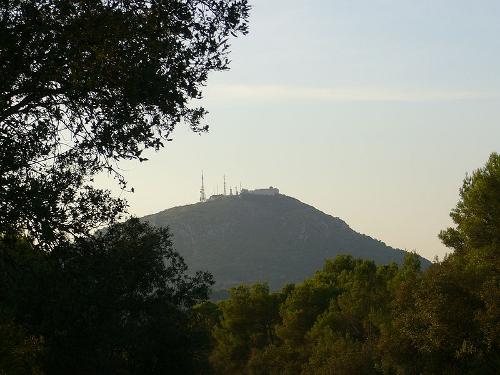 On clear days you can see both the north and the south coast from Monte Toro. Remarkable is the large statue of Christ standing on top of the hill. Other "high" peaks are the S "Enclusa (274 meters) and the Santa Àgueda (264 meters). Menorca has about 70 bays with sandy and rocky beaches, and many ravines and caves.

In Menorca, roughly speaking, landscape can be divided: in the center and the north it is slightly hilly and the bottom is slate-colored and sometimes reddish. The south is characterized by karst plateaus where several dozen gorges have been carved by watercourses.

In October 1993, UNESCO declared the entire island a Biosphere Reserve (Reserva de la Biosfera). Officially, more than 40% of the island is now under nature protection and there are 19 protected nature areas. 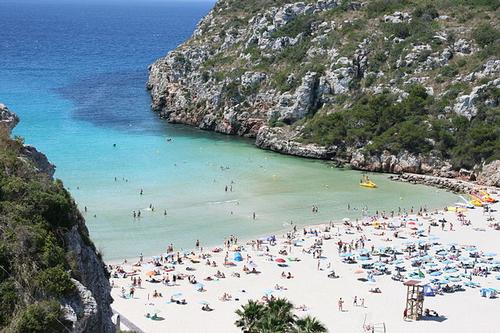 The coasts of Menorca are rocky, but the cliffs are interrupted by bays with long sandy beaches and small inlets or calas. Menorca has more beaches than all other Balearic islands combined. The best and most beautiful beaches are in the south and are: Playa de Son Bou, Porta de Ciutadella, Son Xoriguer, Cala'n Bosch, Santandriá, Cala'n Blanes, Cala Tirant, Son Saura, Arenal d 'Castell, Es Grau, Cala'n Porter and Cala Santa Galdana. The north coast of Menorca is very capricious, it almost looks like Norwegian fjords. The special rock formations have been carved out by storms and the sea over thousands of years. Many quiet and unspoilt beaches are located here: Cala Tirant, Port d'Addaia, Cala Pregonda and Na Macaret. 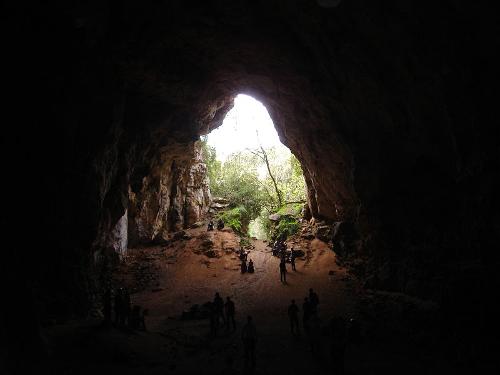 The brook through the ravine of Algendar flows all year round and flows into a wide river next to the beach at Cala Santa Galdena.

The Cova Polida is a cave that is only accessible by water and shows a very large number of dripstone formations. With a height of 24 meters, a width of 16 meters and a depth of 11 meters, the Cova d’es Coloms is one of the most impressive underground monuments in Menorca.

Striking are the geysers, which on the west side of the Cala en Forcat spray small fountains of sea water into the air. These so-called "bufadors" cannot be traced back to a volcanic activity, but to an ingenious system of caves and corridors that reacts to water pressure.