The Costa Blanca is located on the south-east coast of Spain and is part of the Comunidad Valenciana. It stretches 251 km between Vinaros in the north and Torrevieja in the south.

It is a coastal region with beautiful golden beaches and sheltered bays. The Costa Blanca does not owe its name to the famous beaches, but to the white flowering trees.

The white sandy beaches, interspersed with steep cliffs rising from the sea, make the coastline a fascinating whole.

Torrevieja on the Costa BlancaPhoto:Phillip Capper CC 2.0 Generic no changes made

Most precipitation falls in spring and winter. In winter, in mountain areas above 1500 metres, it even falls in the form of snow. 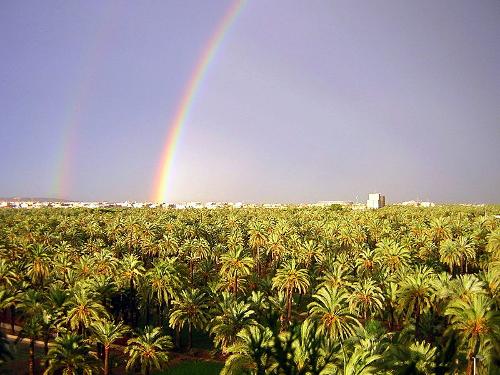 Near Elche in Alicante is the only date palm forest in Europe. Furthermore, there is the usual Mediterranean vegetation with maquis, shrubs combined with low trees and wild herbs.

Rabbits, hares and foxes are common on the Costa Blanca. Inland there are also wild goats and bats. The Costa Blanca is also a favourite spot for migratory birds.