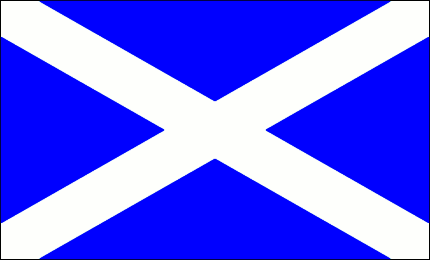 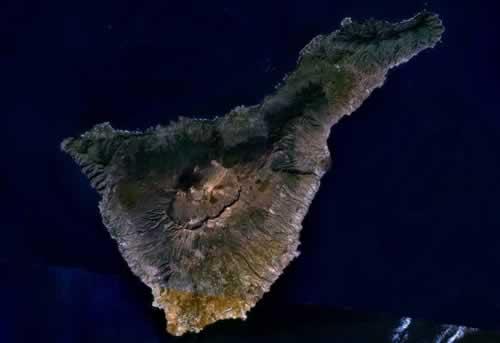 The northern part of the island is green and fertile because there is much more rain than in the dry south. The mountain landscape ("Cumbre Dorsal") that runs across the island from northeast to southwest is the cause of this. The south of Tenerife lies in the rain shadow of the mountains, which means that it is often sunny and dry there. In the south, only a few valleys are fertile and suitable for agriculture; the rest of this area is rugged, bare and rocky.

The northeastern part of the island consists entirely of mountains with gorges, ravines and many valleys. Both the west, the north and the east coast rise steeply from the sea. The highest point is the top of Taborno, 1024 meters high. To the west lies the Teno Mountains. In the middle of Tenerife lies the volcanic area of Las Cañadas, with the volcano El Teide at its center, the highest mountain in Spain (3718 meters). 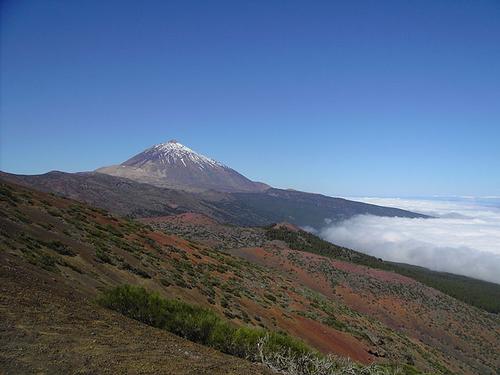 Las Cañadas consist of various rock formations and colorful, kilometers wide lava plains. At the edge of it lie meter-high blocks of basalt and chunks of dark, shiny obsidian (black or gray volcanic glass). Bizarre appearances form the rock formations of Los Roques, Los Azulejos and the Zapato de la Reina. Besides the El Teide are other high peaks of Las Cañadas, such as the Cerrillar, the Chiqueros, the Colmenas, the Pico de Viejo (3135 meters) and the Guajara (2717 meters). Impressive canyon-like gorges or "barrancos" run from the center to the coast.

The original beaches are blackened by the volcanic sand. There are some beaches with light-colored sand, but they have been created especially for tourists. Only at El Médano on the southwest coast is a 3 kilometer long, natural white sandy beach. There are also a number of pebble beaches scattered along the coast. The most famous tourist sandy beaches, including those of Las Américas and Los Christianos, are located in the south and southwest in particular. 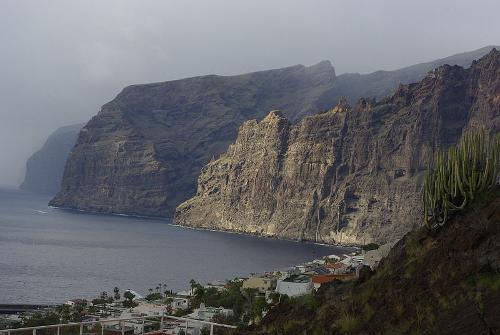 The rest of the island has rocky coasts with steep cliffs. The highest cliffs are in the west of Tenerife near the fishing village of Puerto de Santiago; the Acantilado los Gigantes ("the gigantic cliffs"). This cliff coast section is an offshoot of the Teno Mountains and is about 500 meters high.

The rivers on the island are short, wild and therefore virtually unnavigable. Moreover, many rivers are dry for part of the year due to the warm climate on Tenerife.

Tenerife is of volcanic origin, about 10 million years old, and was created as a result of eruptions on the ocean floor. Many layers of lava at one point caused the island to rise above water, and also that there are deep troughs between the different islands (up to 3500 meters deep between Tenerife and La Palma).

The volcanoes on Tenerife are most likely no longer working. The last eruption dates from 1909. Characteristic of Tenerife are the "calderas", volcanoes with a funnel-shaped, collapsed crater and a diameter of more than two kilometers. 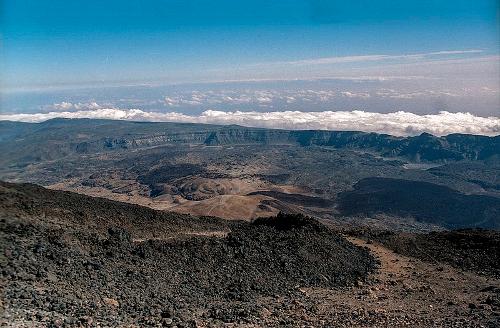 The most famous caldera of all the islands is the caldera Las Cañadas in Tenerife. This national park is on average at an altitude of 2000 meters and has a diameter of 14 kilometers. At some point new strato-volcanoes (cone-shaped volcanoes) have formed in this caldera.

Until the 14th century, Tenerife was completely covered with forests. After the introduction of sugar cane cultivation, many forests were cleared, and since the beginning of mass tourism in the 1960s, much forest has been cleared for the many hotels and other tourist facilities. Due to the lack of trees, a great deal of fertile soil material is disappearing due to erosion. Due to the cultivation of the soil, accelerated erosion was and still is. In some places a bare rock bottom is all that remains. To save what can be saved, reforestation is the only remedy, and that is now being emphasized. Reforestation is done with the fast-growing Canary Island pine trees.

Water consumption is still increasing due to tourism, but that causes much less problems than in Gran Canaria or Lanzarote. The mountains in Tenerife contain groundwater supplies or "aquifers", which are constantly replenished through snow and rainwater. The water is distributed over the island via aqueducts.