Greece was given a new administrative division on January 1, 2011 as part of an overall administrative reform, named after Kallikratis, a Greek architect from the mid-5th century BC. 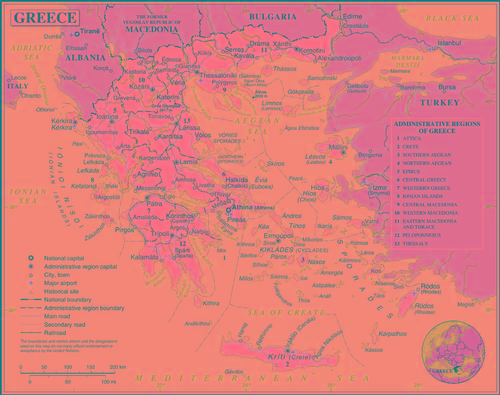 Aegina is part of Attica, one of the thirteen administrative regions of Greece. Since 2011, the Attica region consists of eight regional units (peripheral uniaki enotita): Aegina belongs to the Islands regional unit and there are also the regional units East Attica, West Attica, West Athens, Central Athens, South Athens, Northern Athens and Piraeus. The municipality of Aegina consists of the island of Aegina and a number of smaller islands. Aegina town is the island's capital; other places on Aegina are Kypseli, Masagros, Perdika and Vathy. Geographically, Aegina belongs to the Argo-Saronic Islands, together with Hydra, Kythira, Poros, Salamis and Spetses, among others.

Before 2011, the current administrative region of Attica consisted of the prefectures (nomi) of Athens, East Attica, Piraeus and West Attica. The Islands regional unit, like the other regional units, no longer has its own administration. In addition to Aegina, the islands of Angistri, Antikythera, Dokos, Hydra, Kythira, Poros, Salamis, Spetses and Spetsopoula also belong to the Attica region. The Attica region, with a total area of 3,808 km² and the capital Athens, had approx. 3.8 million inhabitants in 2011, of which approx. 13,000 live on Aegina. The current political situation of Greece is described in the chapter history 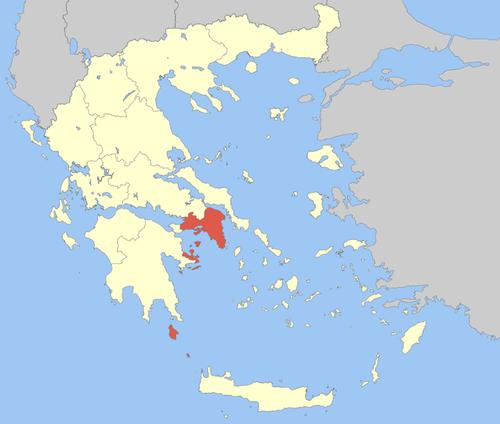 Aegina belongs to the Attica regionPhoto: Pitichinaccio in the public domain