According to mythology, Aegina owes its name to the nymph Aegina, the daughter of the river god Asopus, who seduced Zeus on the island of Aegina, then called Oenone. There she gave birth to Aecus, the first king of the island and grandfather of the famous Trojan hero Achilles. Aecus renamed the island to Aegina in honor of his mother. 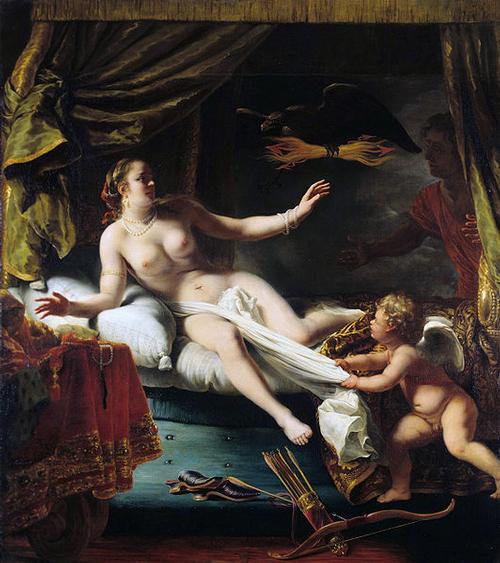 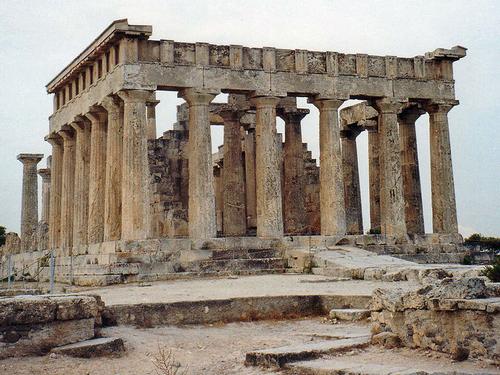 Archaeological finds in Kolona, near the capital of Aegina, date back to around 3000 BC and prove that the island was already inhabited during the Neolithic period.

Around the middle of the second millennium BC, Aegina's economy grew strongly due to the development of trade. With its own ships, Aegina was a leading naval power at the time, local products such as pottery and high-quality metalwork products were exported to the Cyclades, Crete and mainland Greece. During this period, many temples were also built in honor of the gods who brought prosperity to the island.

At the height of its economic power, in the 7th and 6th centuries BC, Aegina's trade zone had expanded to include Egypt and Phenicia. Aegina also minted coins for the first time in European history, on which a sea turtle could be seen. Since that time, the turtle has been the symbol of Aegina. In these centuries Aegina was very rich, it was literally golden times for the island. 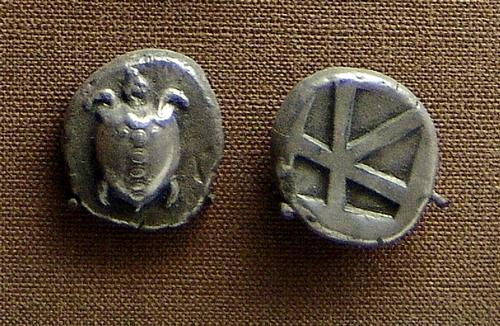 Coin Aegina with an image of a sea turtlePhoto: O. Mustafin CC 1.0 no changes made

In 480 BC, Aegina's fleet, on the side of the Greeks, made a significant contribution during the Battle of Salamis against the Persians. This naval battle, during the Second Persian War between the Greek city-states and Persia led by Xerxes, took place in the strait between Piraeus and Salamis. It marked a turning point in the war, the Persian advance was halted with the help of Aegina. After the Persian defeat, Aegina continued to flourish and grow, and during this period the beautiful temple of Aphaia was built.

Unfortunately for Aegina, all prosperity soon came to an end. Athens saw the growing power of Aegina on all fronts with sorrow, and attacked the island in 459 BC. The walls of Aegina city were torn down and the fleet was defeated. 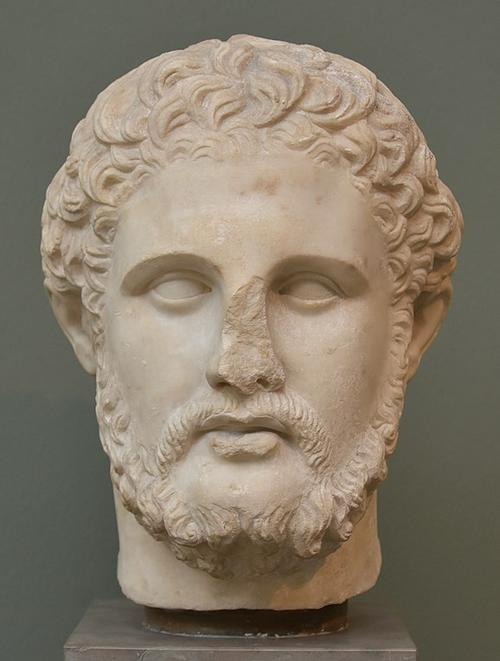 Philippus of MacedoniaPhoto: Richard Mortel CC 2.0 Generic no changes made

After this dramatic event, Aegina sank into geo-political obscurity and the island's history continued more or less in sync with the rest of Greece. Philip of Macedonia's rule was followed by that of one of his sons, Alexander the Great. Then came successively the Ptolemies of Egypt, the Romans (ca. 86 AD), the Byzantines, from 1204 the Venetians, the Franks and the Catalans. In 1452 the Venetians came back to power until 1537. In 1540 Aegina was occupied by the Turks and this first Ottoman period lasted until 1687. Then it was the turn of the Venetians again, but that period lasted only briefly, until 1715. Then The Greeks sighed again under the Turkish yoke, which lasted until the revolution of 1821.

Aegina was instrumental in the Greek Revolution against the Turks and experienced another unexpected but brief moment of glory in the period 1827-1829, when the island was proclaimed the temporary capital of partially liberated Greece under the presidency of Ioannis Kapodistrias. 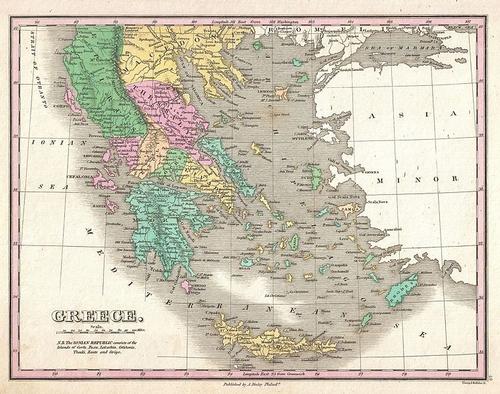 Another boom followed in which many institutions were built, such as the first Greek gymnasium in 1828 in Greece and the Eunardios School by a Swiss banker. But with the founding of the modern Greek state in 1930, Aegina returned to its humble position and could only boast of its position as the main producer of pistachios in Greece.

In the 1960s, tourism began to develop gently and many Athenians and foreigners built summer houses on the island. This first wave of tourists was mainly intellectuals and artists, but gradually Aegina became part of mass tourism. The port of Aegina is currently the second busiest port in Greece after Piraeus.

See also the history page of Greece on TheWorldOfInfo.