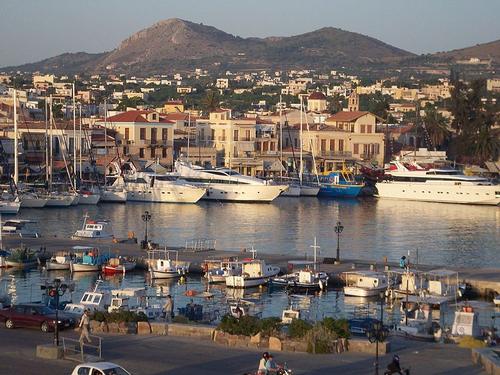 Population, population Approximately 13,190 people live in Aegina. The population has increased slightly in recent years. The vast majority of them live in the eponymous main town. Other famous places on the island are: Perdika, Aghia Marina, Paleochora and Mesagros. Many residents of Athens regularly visit Aegina at the weekend and in the summer large numbers of tourists come to the island under the smoke of Athens. The island can be reached quickly from Athens with both Ferry connections and fast hydrofoils, the so-called Flying Dolphins.