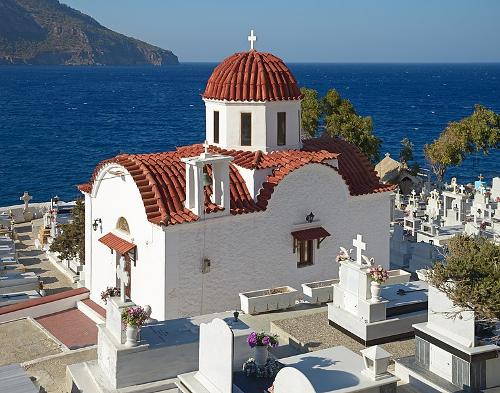 Approx. 98% of the Greek population is members of the Greek Orthodox Church, which arose after the great split in 1054 when the patriarchs from the East no longer recognized the magisterium of the Pope. The Greek Orthodox State Church has been independent from the primacy of the Patriarch of Istanbul (formerly Constantinople) since 1833. The Greek Orthodox Church has a number of differences from the Western Christian Churches. Thus, only the Bible, the Church Fathers and the rulings of the Ecumenical Councils serve as the basis of the teaching. Furthermore, the Greek clergy mainly focus on the liturgy and on prayer and meditation. Socially, the Eastern Church is not nearly as active as in the West. However, the government and the church are much more closely linked. The government subsidizes the Church and the Church in turn follows politics closely.

The largest religious minority are the Muslims, the Turkish Greeks. Most Muslims live in Thrace, where many mosques can be found.

The number of Jews has decreased drastically after the Second World War. In 1941, for example, more than 60,000 Jews lived in northern Thessaloniki; nowadays only approx. 1100. The approx. 40,000 Catholics mainly live on the Greek islands. 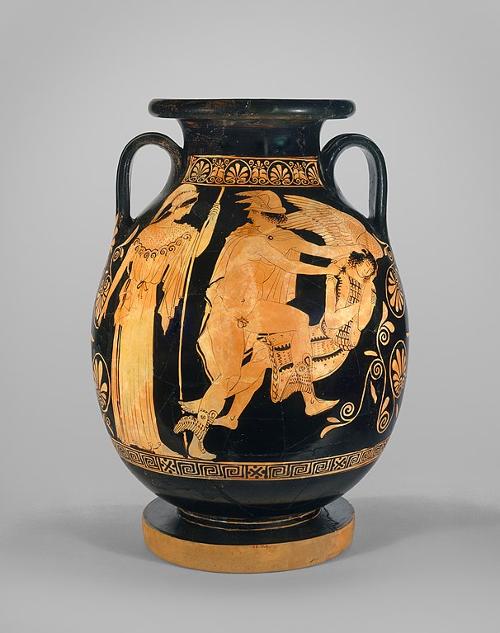 The word myth is derived from the word "muthos", which first meant utterance and was later often interpreted as "a spoken or written story".

When writing originated in Greece, myths and legends were already anchored in oral traditions, and later poets in particular gave the stories a different course. Greek mythology is very similar to other mythologies. For example, the Norse god Odin corresponds to the Greek Zeus and the Norse heroes often performed the same heroic deeds as their Greek colleagues.

Aphrodite
Aphrodite is the goddess of love and beauty. She was born from the foam of the sea, where the main shrine dedicated to Aphrodite is located. She was married to Hephaestus, but preferred Ares for a lover. 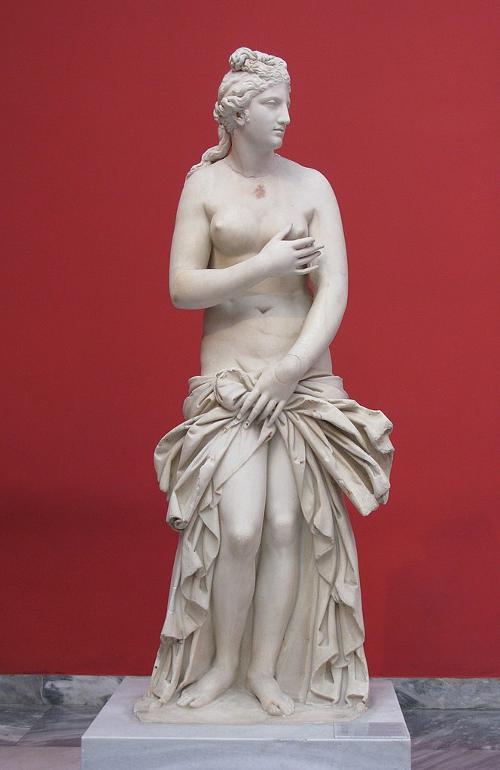 Apollo
Apollo was the son of Zeus and Leto, and the twin brother of Artemis. He is god of light, of medicine, music and science. Apollo is often depicted with a lyre in his hand. The main shrine dedicated to Apollo is located in Delphi, the most important oracle site of ancient Greece. Apollo was an Olympic god.

Artemis
Artemis was Apollo's twin sister and daughter of Zeus and Leto. She was the goddess of nature and the hunt. She was also the tutelary goddess of pregnant women and is often depicted with a bow in her hand. She was an Olympian god and her Roman name is Diana.

Dionysos
Dionysos was a son of Zeus and god of grapes and wine. He is often depicted with a staff that is wrapped at the top with ivy leaves. He was an Olympian god and his Roman name is Bacchus or Liber. 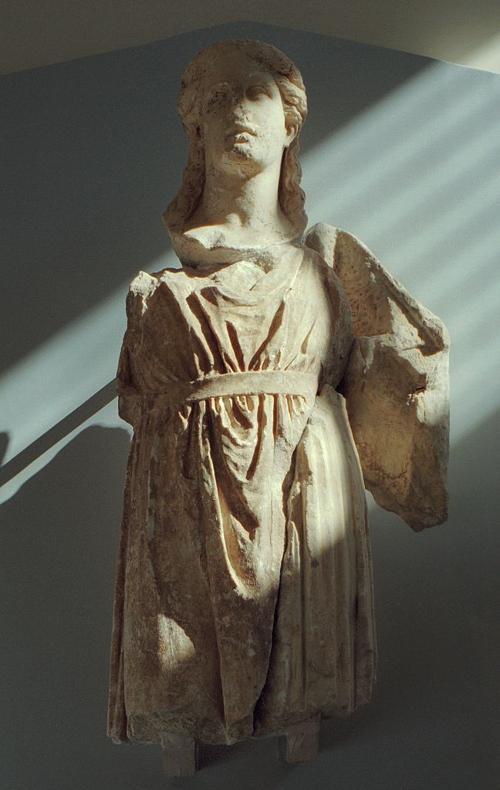 Hermes
Hermes was the messenger of the gods and a son of Zeus. He is also god of travelers, thieves, and merchants. He is always depicted wearing a traveler cap and staff or a helmet with wings. His sandals also have wings. He escorted the ghosts of the dead into the underworld, Hades.

Pallas Athena
She is the daughter of Zeus only, because born from his forehead. She is the patron goddess of the artists and craftsmen, but also the goddess of wisdom and knowledge. In wartime Athena was also worshiped as a war goddess. She was the special guardian goddess of the city of Athens and a guardian angel of Greek heroes such as Heracles and Odysseus.

She is often depicted wearing a helmet and full armor. The owl, which symbolizes wisdom, was devoted to her. Pallas Athena has a sanctuary located in Athens: the Parthenon. She was an Olympian god and her Roman name is Minerva. 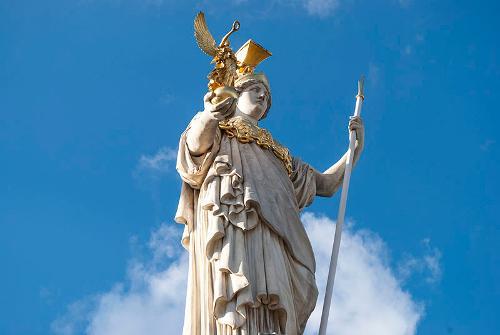 Because the Greeks believed that the land floated on the sea, they also considered him the god who caused the earthquakes. The Roman name is Jupiter.

Zeus
Zeus was the supreme god of the Greeks and the king of gods and men. He was also the god of the sky and the weather. He is often depicted with a lightning in his hand and is seated on a throne. Many demigods and heroes, such as Hercules and Perseus, arose from his love affairs with beautiful women. 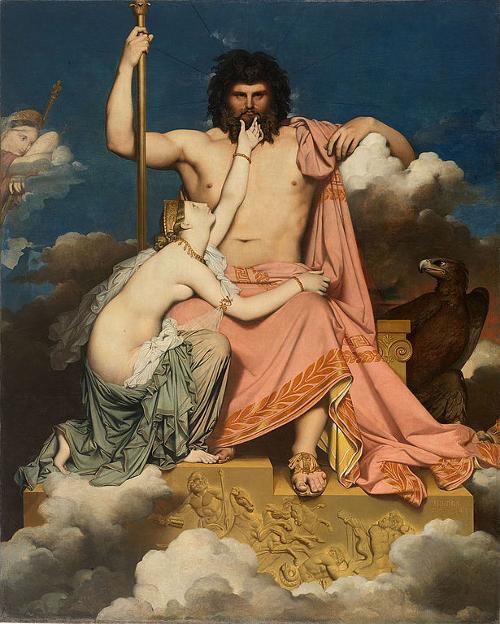