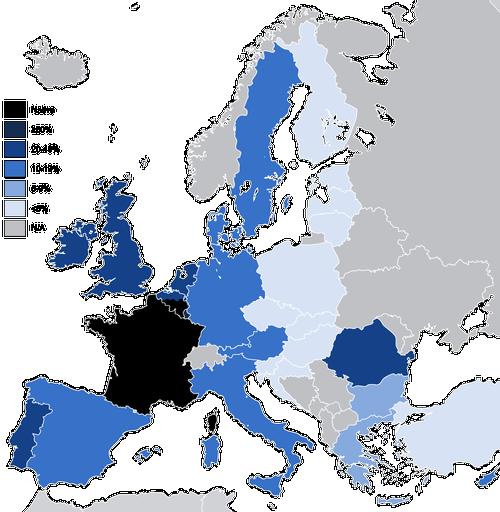 French is a Romance language and is spoken as a mother tongue by approx. 100 million people, of which approx. 60 million are in France. French is also spoken in Belgium below the line of Wezet-Mouscron and Brussels, in Switzerland (Suisse romande), Italy (Valle d'Aosta), Haiti and Canada (Quebec) and, in addition to its mother tongue, is used in many former French colonies as a language of government and administration. French is the continuation of vulgar Latin, which was introduced by the Roman conquerors in Gallia Transalpina (58-50 BC) and developed there.

The history of French begins when the Carolingian Renaissance, which revived the study of classical Latin, made people aware of the gap between Latin, the language of administration, law and religion, and the language of communication. One example of this is the decision by the Council of Tours (813) that from now on preaching should be in the vernacular ("lingua romana rustica"). In the history of French, three periods can be roughly distinguished: Old French (early 9th - early 14th century), Middle French (early 14th - early 17th century) and Modern French (early 17th century - today). 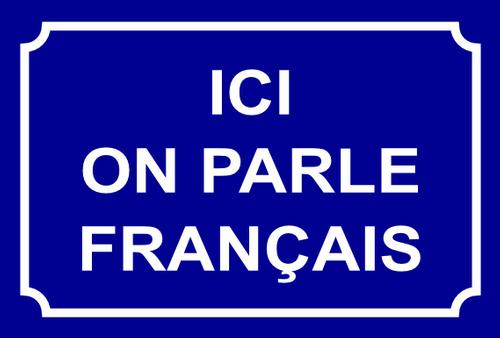 The French language originally consisted of Latin words introduced by the Romans, supplemented by words of Celtic and Frankish origin. In addition to these "folk words", from the 12th century onwards, the "learned" words were borrowed from Latin. In the 16th century, many words were also borrowed from Italian. Many words have also been borrowed from Dutch and, since the 18th century, from English.

In the last few decades in particular, many words have been borrowed from English in the fields of technology, sport, fashion, etc., which has led to the creation of the mocking term Franglais. French purists oppose this "invasion" of foreign words.