Languedoc-Roussillon is located in the south of France and is bordered by the Rhone valley, the Garonne basin, the Massif Central, the Pyrenees and the Mediterranean Sea. The region has a surface area of 27,376 km2, approximately 5% of all of France. 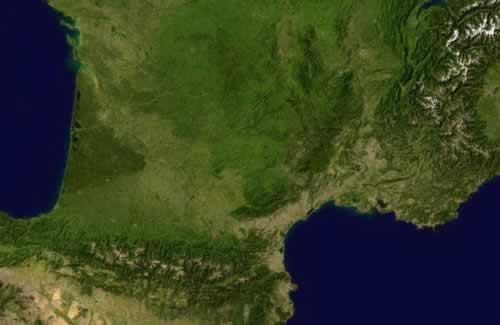 The Languedoc region is divided into the Haut-Languedoc and the Bas-Languedoc. The Haut-Languedoc lies to the east and on the Mediterranean Sea and is divided into the departments of Hérault, Tarn, and Aude, north of the Canal Midi. The Bas-Languedoc covers the south-western interior between the foothills of the Massif Central and those of the Pyrenees and includes the regions of Minervois, Lauragais, Corbières and Pyrénées Audoises. The Languedoc-Roussillon coast stretches for 240 km along the Mediterranean Sea, from the Côte Vermeille in the east to the Camargue in the west.

The Vallespir is the southernmost region of France and includes different types of landscapes.

Five kilometres west of Saillagouse is the former capital of the Cerdagne, Llívia, now in Spanish territory. This 12 km2 Spanish enclave is thus right in the middle of France!

In 1681, the 240-long Canal du Midi was opened. The canal (before 1789 also Canal Royal en Languedoc and Canal des Deux-Mers) runs through Languedoc, from Sète to Toulouse and from the Mediterranean to the Atlantic Ocean. The canal has 126 bridges, 64 locks, 55 aqueducts and 7 canal bridges. The canal was included in the UNESCO World Heritage List in 1996. Nowadays, the canal is only used by pleasure boats.

Languedoc-Roussillon is in fact bordered by two natural barriers, to the east the river Rhône and to the west the high mountains of the Pyrenees. The coastal plain of Languedoc-Roussillon is surrounded by a number of mountain ranges and high plateaus, with from north-east to south Cévennes, Causse du Larzac, Monts de' Espinouse, Rouergue, Albigeois, Montagne Noire, Corbières and Pyrenees.

The coastal plain is just over 200 km long and runs from the French-Spanish border to the Petite Camargue near Aiges-Mortes. As a result of centuries of silting up, sandy beaches have formed on the coast with lakes behind them, the 'étangs', which are connected to the sea by a kind of natural canal, the 'graux'. The sand brought by sea currents and the Rhône created lagoons along the coast. The land tongues ('barres' or 'lidos') of these lagoons grew together to form large lakes and marshes with brackish water. In the extreme south near the border with Spain, the Côte Vermeille has a coastline of steep mountains rising from the sea.

Languedoc-Roussillon also includes a south-eastern edge of the Massif Central. South of this is a large area of causses (limestone plateaus), which are cut through by gorges. The largest causse in France is the one between Millau and Lodève: the Causse de Larzac. The highest causse is the very sparsely populated Causse Méjean. The Causse de Sauveterre and the Causse Noir also belong to the "Causses Majeurs". The smaller "Causses Mineurs" include the Causse de Blandas and the very small Causse Bégon. The causses are very old, even older than the Alps or the Pyrenees. The formation of these mountains has caused many folds and cracks in the landscape, which in turn, under the influence of water and lime, have caused a wide range of karst phenomena, including dolomites (capricious rock formations), underground rivers, 'avens' (holes in the ground with underneath often enormous caves), stalactites (hanging columns) and stalagmites (standing columns). The Aven Armand contains over 400 stalagmites, including the highest in the world. Erosion has also created beautiful cirques on the causses. In May 1995, the causses were included in a new regional nature park, ´Grands Causses´. With an area of more than 300,000 hectares (almost as large as Friesland), this protected area is one of the largest in Europe. 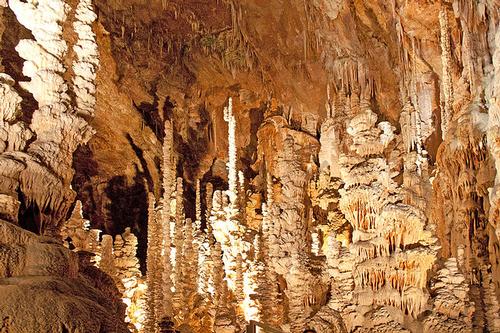 The Gorges du Tarn are a magnificent natural phenomenon. The Tarn rises on the Mont Lozère at 1575 metres and separates the high limestone plateaus Causse de Méjean. The Tarn is fed by rain that falls on the causses, disappears into the porous soil and flows back into the Tarn via so-called 'résurgences'. Here and there, cirques can be found, which are cirques or bends in the river: Cirque de St-Chély, Cirque de Pougnadoires and Cirque des Baumes.

Between the causses and the coastal plain are the Cevennes, a central mountain range with mountains, hills and valleys. South of the river Aude, the Corbières is a low mountain range and also an important wine region. This low mountain range is bounded in the west by the valley of the Aude and in the south by the plain of the Fénouillèdes.

The southern part of this plain consists of foothills of the Pyrenees. The valley of the river Agly runs towards the coast in a wide plain, the plain of the Roussillion. Here, the first peaks of the Pyrenees can already be seen, which run south from Argèles-sur-Mer to the Mediterranean Sea. The highest peaks on the French side of the Pyrenees are the Pic de Vignemale (3298 m), Pic de Puigmal (2910 m), Pic du Géant (2882 m) Pic de la Vache (2826 m) and the Pic de Canigou (2784 m). Lozère, with an average altitude of 1000 metres, is the highest department in France.

In the Haut-Languedoc Regional Nature Park (145,000 ha) is the Sidobre, a large block of granite measuring 10 by 10 km and 10 km thick. The rock is solidified lava 285 million years ago and consists of the minerals mica and quartz.

The Lozère counts 725 rivers and many large and small lakes. From east to west, the river Lot flows straight through the department. The river has its source on the mountain Goulot (1270 m), on the northern flank of the Lozère, and flows through the small gorges at Le Bymard to Bagnols-les-Bains, then via Mende to the Causse de Sauveterre to leave the Lozère at La Canourgue. The waterfall of Cupserviès is one of the highest in Europe at 75 metres (Aude department).

Very special is the protected natural monument Les Orgues in the Pyrénées-Orientales department. Here you can see deposits of two million years old that form a strange collection of earth pillars. The material they are made of erodes so quickly that the area changes completely every 20-30 years.

The Gorges de la Fou is one of the narrowest gorges in the world, 1700 meters long, 250 meters deep and only 1.5 meters wide.

The Parc du Haut-Languedoc nature reserve comprises the south-western part of the Massif Central, effectively the transition from the high central part of France to the Mediterranean. The climate and vegetation are influenced by both the Mediterranean Sea and the Atlantic Ocean. The area has a wide variety of plants, including many orchids, and a fauna that includes mouflon, deer and royal eagles.