The Loire Valley, part of the Paris basin, is located in central France and is bordered by the regions of Brittany, Normandy and Île de France in the north, Poitou and the Massif Central in the south, Burgundy in the east and the Atlantic Ocean in the west.

Today, the designation Loire Valley has a tourist rather than a geographical meaning. It usually refers to the area on both sides of the river, between Gien in the east and Angers in the west. The Loire Valley covers an area of 71,228 km2. The hydrographic basin of the Loire measures 117,000 km2 and thus covers one fifth of France.

The Loire rises at an altitude of 1400 metres at the foot of the Gerbier de Jonc, a 1551-metre high mountain massif in the Cévennes. At 1012 km, the Loire is France's longest river, which eventually flows into the Atlantic Ocean at St-Nazaire, south of Nantes. The Loire is fed by many tributaries, including the Loir, the Sarthe, the Indre, the Cher, the Creuse, the Beuvron, the Vienne and the Mayenne. 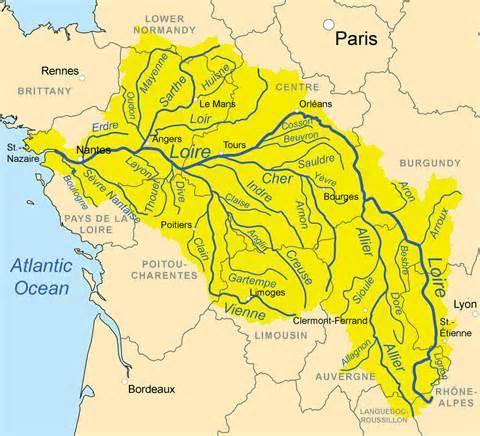 The Loire has been declared a protected natural area by the French government and has been added to UNESCO's World Heritage List over a distance of 260 km, between the towns of Chalonnes and Sully. One of the reasons for this is that the Loire is one of the last untouched rivers in Europe.

The Loire Valley does not have spectacular landscapes, but the gently rolling river landscape with vineyards, forests, heathland, fields, meadows and park landscapes is very varied. Because of the variety of agricultural activities and the resulting colour palette, the Loire Valley is also called the "Garden of France".

The coulisse landscape of the Pays Fort, in the north of Berry, forms the transition between the Massif Central and Pays-de-la-Loire. West of Gien, the Loire Valley widens and the area around St-Benoît is a vast meadow landscape. A little further north, the fertile silt soils, the "layes", are used for horticulture. The landscape of the Beauce, France's granary, is characterised by the lack of large trees. When the Loire flows through the Sologne and the Forêt d'Orléans, forests and ponds alternate with a few arable farms form the landscape. 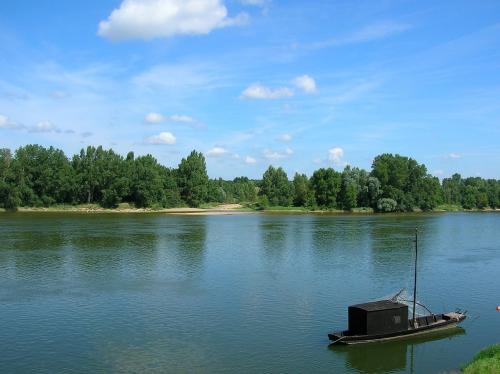 Between Orléans and Chaumont, there are different types of soil, each with its own landscape. Among other things, asparagus is cultivated here, and viticulture is important. Dense forests are also found here. Between Amboise and Tours, there is also an important wine-growing area. Between the Loire and the Vienne, the fertile landscape of the Véron can be found, with meadows, gardens and groups of poplars. Between the Loir and the Loire, the Gâtine is a part of Touraine that used to be one big forest area. Today, it is a cultivated landscape with only here and there original moors and forests, including the Forêt de Chandelais and the oak forests of the Forêt de Bercé.

South of the Loire, from Fontevraud and Montsoreau to Doué-la-Fontaine, lies the Saumurois, with its forests, plains and many vineyards. A little further north are the sandy soils of Baugeois, with oak, pine and chestnut forests, interspersed with arable land. On the right bank of the Loire lies the fertile Varenne de Bourgeuil, with vineyards extending to the coniferous sandy hills. Between the Authion and the Loire, the landscape is varied and flower-rich, especially around Angers.