The president enacts laws passed by parliament or by the people (in the case of a referendum), signs the decisions of the council of ministers he chairs, appoints the prime minister and, in case of need, can exercise all of the legislative and executive powers. withdraw and declare the dissolution of the National Assembly. 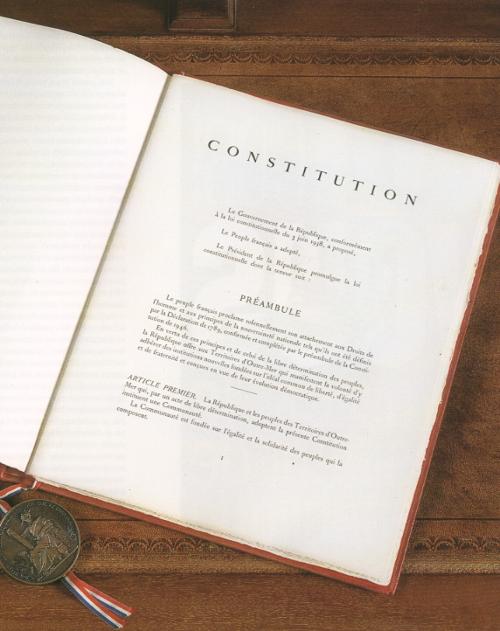 Text of the Constitution of FrancePhoto: Erasoft24 CC 1.0 Generic no changes made

If desired, the president can even replace the prime minister, except when there is a so-called "cohabitation" in the government. This only occurs when the composition of the National Assembly is such that the president is forced to appoint a prime minister of a different political color from his own. After the elections of June 1, 1997, this situation arose when the neo-Gullist president Chirac ruled the country together with a cabinet and a Prime Minister Jospin, who were of leftist signature. The collaboration between Chirac and Jospin went quite smoothly for the first four years.

Legislative power is exercised by the parliament, which consists of two chambers. The National Assembly (Assemblée Nationale) has 577 members, 22 of whom are from overseas departments and territories. The Assembly is elected for five years through a district system. The senate is mainly elected by the members of the "conseils généraux", the departmental councils, and by the municipal councils.

The Assemblée Nationale is located at Palais Bourbon in ParisPhoto: David.Monniaux CC 3.0 Unported no changes made

The senate has much less powers than the Assembly and has 321 members, 12 of whom are representatives of the French abroad and 13 for the overseas departments and territories. Senate members are elected for nine years and the senate is renewed for a third every three years. The president of the senate is the second highest office holder in the country after the president.

In the presidential election, only two candidates who obtained the most votes in the first round can participate in the second round. For the current political situation see chapter history.

The hemicycle of the National AssemblyPhoto: Richard Ying et Tangui Morlier CC 3.0 Unported no changes made 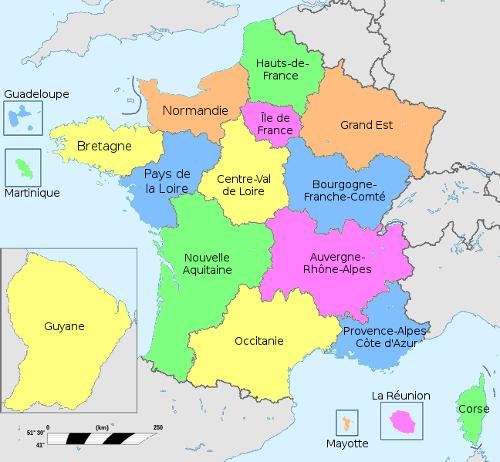 The Union of the Corsican People (Union du Peuple Corse) has been fighting for the island's independence for years and has many hundreds of bombings to its name. The region of Corsica has a separate status since 1981, a degree of self-government. The bombings then temporarily abated, but in 1982 more than 800 attacks were committed.

France has a long tradition of pre-primary education. It is therefore not surprising that the percentage of French children attending écoles maternelles is higher than in all other EC countries (excluding Belgium), and amounts to approximately 32% for two-year-olds and 100% for five-year-olds.

Pre-primary education is not compulsory and free in public schools (85% of all schools). The remaining 15% are schools for special or private (private) education that are subsidized by the state and / or region, and / or receive contributions from the families.

Education is compulsory for children from 6 to 16 years old. This obligation applies to primary education (école élémentaire) and the first cycle of secondary education (collège). Most pupils finish the four-year college at the age of 15 and then have to attend school in general technical or vocational education for at least one more year. 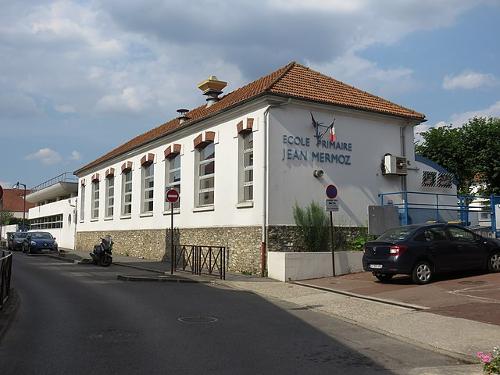 Primary education, organized and managed by the municipalities, lasts five years and is attended by children aged 6 to 11. The five grades comprise two cycles: the first cycle (cycle des apprentissages fondamentaux) starts in the highest section of the nursery school and further includes the first two years of primary school, which includes a preparatory and a first elementary year.

The second cycle (cycle des approfondissements) covers the last three years of primary school that precede the college. These three years comprise the second year of elementary training and the first two years of further training. The vocational schools prepare the pupils in two years for the "certificat d'aptitude professionelle" (CAP) and the "brevet d'études professionelles" (BEP). The CAP is more specialized than the BEP and is issued for general professional skills, not in a specific subject but in one professional-commercial, administrative or social sector. After another two years, they can take an exam for the professional baccalaureate (baccalauréat professionnel). At the college, the study of a foreign language is compulsory from the sixth grade and from the 4th grade a second foreign or a regional language is learned. The study of a foreign language is compulsory in general and technical education.

At the end of the third year, pupils take a national exam with a view to obtaining the "diplôme national du brevet". The diploma is a general study certificate that does not determine the later choice of study.

General and / or technical education is concluded with a general or technical baccalaureate. Those who pass will gain access to higher education

Higher education is provided in France by a wide variety of institutions. The organization and admission requirements differ according to the type of institution and the objective of the education provided.

-Universities that provide short courses and long courses. France has more than 70 universities. The Sorbonne in Paris is the oldest and dates back to the twelfth century. 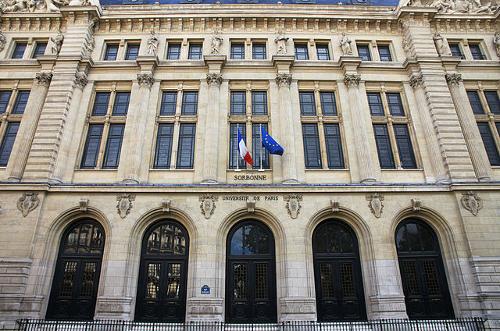 -Public and private schools and institutions supervised by a ministry and providing higher professional education. Again, short courses and longer of three years or more after the baccalaureate.

-long three-year courses are given to the "grandes écoles" which are private or public. Most of the higher officials and engineers in France come from this type of educational institution.

The national anthem of France, the "Marseillaise", was written on April 25, 1792 by engineer officer Joseph Claude Rouget de Lisle and sung for the first time with the Baron of Dietrich, mayor of Strasbourg.

The song takes its name from a battalion of Marseillary volunteers who sang the song during their assault on the Tuileries Garden in Paris in August 1792. Due to its revolutionary origins, the song has been prohibited twice during the 19th century. Opinions about the Marseillaise are still divided. 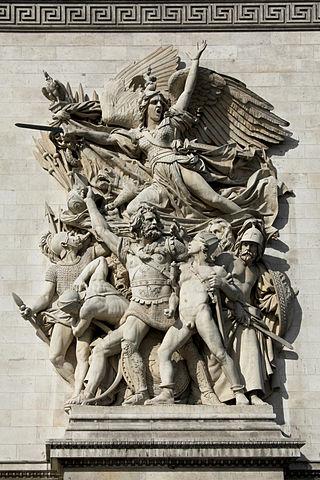 The prestigious French fashion industry has an huge annual turnover of billions of euros. The Council of Paris Couture consists of 21 fashion houses. For most fashion designers, their collection is just a necessary advertisement for the much more profitable perfumes. In 1974 a new young group of couturiers was admitted, the "créatures de mode", inspired by Biba and Mary Quant from England. This group includes Chloë, Kenzo, Gaultier, Mugler and Cerruti.

Differences in climate, soil conditions and many other factors make for an enormous variety of wines. Generally speaking, white wines come from the north and red wines from the south. Grape varieties such as Chardonnay and Merlot are nowadays planted all over the world and sometimes give the wine their name. In France, wines are classified according to their origin (region) and not according to the grape variety.

There are ten main wine-producing regions: Bordeaux, Burgundy, Champagne, Alsace, Loire, Provence, Jura and Savoie, the South West, Languedoc-Roussillon and Rhône. The wine has its own character from each area. "Apelation contrôlé" laws guarantee the origin and quality of the wine.

France is the main exporter of wine in the world and ranks second in wine production. 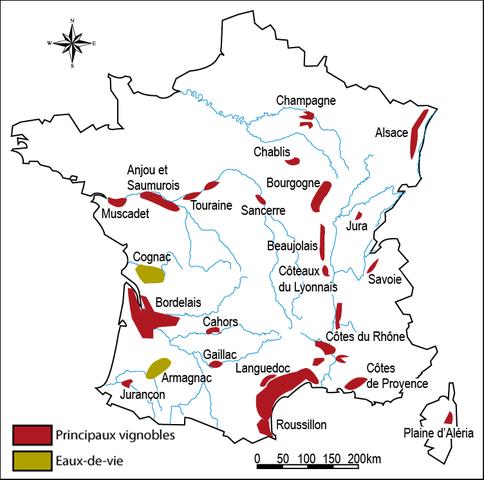 Regions with vineyards, FrancePhoto: DalGobboM¿!i? CC 3.0 Unported no changes made

The Bordeaux vineyards are the best in the world. The five most famous districts are Médoc, Sauternes and Graves on the left bank of the Garonne, and St Emilion and Pomerol on the right bank of the Dordogne. Each area is divided into "appellations" and each appellation into lands called wineries.

Wine has been made on the limestone soils of the Champagne region since the Romans. It is the most northerly wine region in France and its cool climate contributes to the success of the famous sparkling wine believed to have been invented some 300 years ago. The main production area is around Reims and Épernay, where the main "maisons de champagne" are located. Tradition has it that Pierre Pérignon, cellar master of the Benedictine Abbey of Hautvillers near Épernay, discovered sparkling wine in the 17th century. Wine historians have debunked this story, but they recognize that Dom Pérignon played an important role in the evolution of champagne.

There are three grape varieties, red Pinot Noir and Pinot Meunier and white Chardonnay. Most champagnes are blends, but Blanc de Blancs is 100 percent Chardonnay and Blanc de Noirs is made from red grapes. 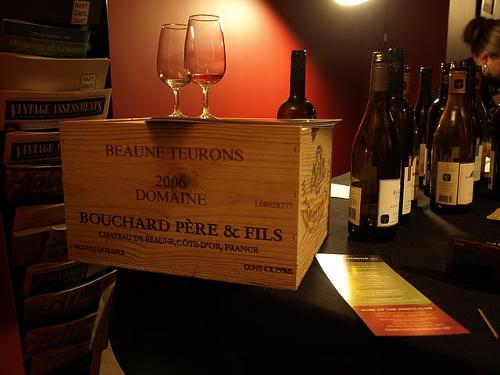