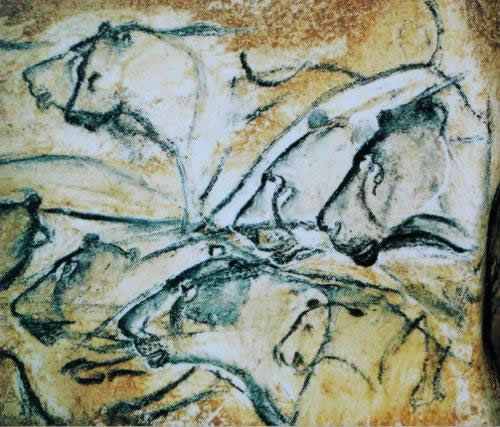 Replica of lion drawing in Grotte ChauvetPhoto: HTO in the public domain

Hunting Neanderthals had been around 350,000 years ago near Orgnac, in the far south of the Ardèche. Recent archaeological finds and discoveries indicate that homo sapiens arrived in the Ardèche some 42,000 years ago. The oldest cave paintings in France, in the Grotte Chauvet, are around 32,000 years old and only found in 1994.

In the 7th century BC. Several Celtic tribes settled on both banks of the Rhône, the Allobrogen on the left bank, the Helvii on the right bank and between the river Isère and the Mont Ventoux de Voconces.

A few centuries later the Romans began their advance towards western Europe and soon realized that the Rhône was ideally suited for the transport of all kinds of goods and the spread of their civilization. In the 2nd century BC. they gradually conquered the area of the Allobrogen and in 121 BC. they settled permanently on the left bank of Rhône. In 118 BC. the Romans created the province of Gallia Narbonensis, which stretched from the city of Vienna, just south of present-day Lyon, to the coast of the Mediterranean.

In 43 BC. was the conquest of all of Gallië(present-day France, Belgium, western Switzerland and parts of the Netherlands and Germany west of the Rhine) became a fact and Lyon became a reality in 27 BC. proclaimed capital of Galliëby Roman soldier and politician Lucius Munatius Plancus. 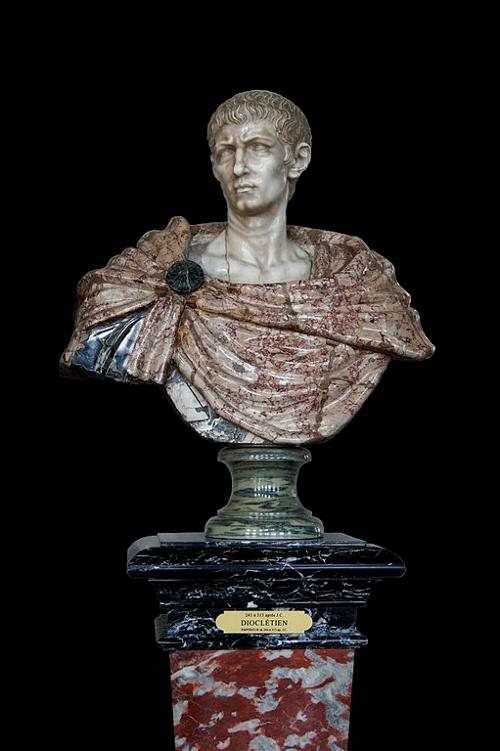 The first centuries of the new millennium were one of prosperity and peace for the Lyon area. Trade took off, many new cities were founded and Lyon was, in addition to being the main economic and intellectual center, also the starting point for the spread of Christianity in Gallia;. It wasn't until Septimus Severus, Roman Emperor from AD 193 to 211, that some hitches arose. Regular raids by barbarians, including Kimbren and Teutons, undermined the flourishing trade in the area and, on top of that, the deprivation of Lyon's monopoly on the sale of wine in Galliëby Emperor Marcus Aurelius Probus, who reigned from 276 to 282. Lyon languished somewhat as the main city of Galliëand was demoted to a simple provincial capital under Emperor Gaius Aurelius Valerius Diocletianus (reign 284-305). 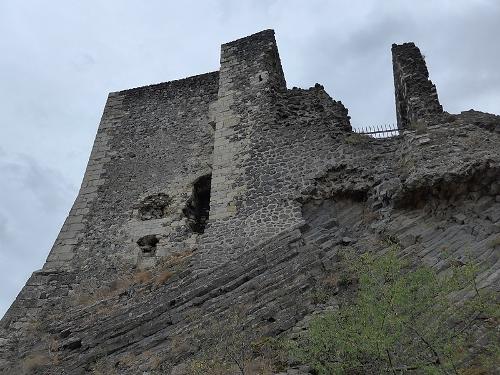 The Roman occupation of the Ardèche was followed in the 5th century by the Burgundians, who settled in Valence in 450. Then it was the turn of the Franks and several other peoples who settled. At the same time, the further Christianization of the Ardèche took place with the construction of abbeys and churches in the Frankish empire. In the 8th century, the Saracens advanced towards Ardèche and plundered, among others, Valence. The Frankish Emperor Charlemagne died in 814 and was succeeded by his only surviving son and heir Louis the Pious. Louis died in 840 and with the Treaty of Verdun in August 843, the so-called Frankish Middle Kingdom was divided among his three sons, Pippin I of Aquitania, Louis the German and Lothair I, Louis's eldest son. The latter was given an area that stretched from Rouen to the North Sea, Provence, the Rhônevallei, including the Ardèche, and Burgundy.

The Frankish Middle Kingdom was divided between the sons Louis II, Lothair II and Charles of Provence, nicknamed "the young" and the youngest son of Lothair I. Charles got next to Provence, which at that time also included the Ardèche, also the Lyonnais, the Viennois de Drôme and the important Christian-religious center Arles.

In 877 the area of Charles was attacked by the Vikings, resulting in a fragmentation of the area, which fell into the hands of feudal and Christian rulers such as the bishops of Viviers. Nevertheless, this period was generally a period of economic growth, which had its effect on an increase in the number of cities and the accompanying population growth. From that time onwards the area was known under the name Vivarais.

In the 11th and 12th centuries the area was called Dauphiné(region now roughly equivalent to Isère, Drôme and Hautes Alpes), under control of the Counts of Albon, but suffered during that period, and also in the 13th century, from wars that affected those in power in that area. At the same time, the power of the French kingdom increased rapidly, and in 1271 the Vivarais and the Dauphinéannexed to France. The 14th century was dominated by the plague and the war with the English, including the Hundred Years Orlog (1328-1453). The first meeting of the first States of Vivarais was held in 1422.

In the course of the 15th century, peace returned to the area and prosperity increased. As a result, the city of Valence was given a university and was, in the first half of the 16th century, also important for the rise of Protestantism, which, from Basel and Geneva, among others, entered the region around the Ardèche. . Around 1528 the first preachers were active in Annonay, and from there in barely half a century the Reformation penetrated the entire region. In the city of Privas, Protestantism was introduced in 1534 by the priest Jacques Valéry and was one of the hotspots in the upcoming wars of religion. Finally, in 1598 (Edict of Nantes), Henry IV decreed that Privas would be ceded to the Protestants.

Protestantism soon took on a more 'militant' character and clashes with the Catholics were bound to happen. In the second half of the 16th century these clashes became increasingly fierce and there was mutual looting and murder, among others by François de Beaumont, baron des Adrets (1506-1587), who, among others, defected to the Protestants or 'Huguenots', as leader of the Huguenots, his gangs left a trail of violence through the Rhôn valley. These Huguenot Wars lasted from 1562 to 1598. Sometime later Des Adrets converted back to Catholicism, and the Protestants became the target of his actions. 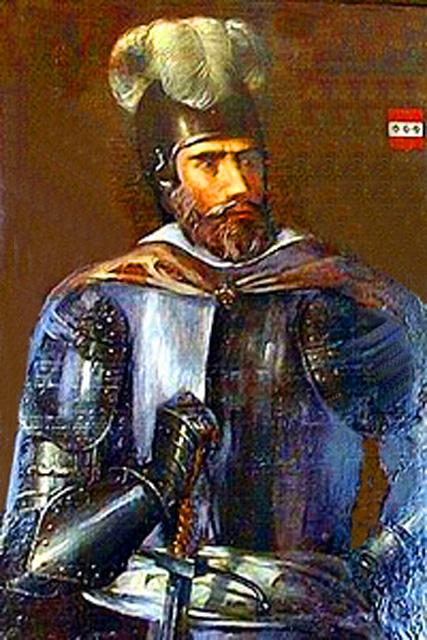 Eventually, the Protestants were defeated by the Catholic Commander General François de Bonne, Duke of Lesdiguières (1543-1626). The Catholic faith regained the upper hand in the Ardèche region, under the leadership of large cities such as Lyon and Le Puy, but this cost many human lives, including during the Bartolomaeusnacht or 'Parisian blood wedding', then on the night of On August 23, a number of fanatical Catholics murdered hundreds of Protestants. It was not until 1596 that the skirmishes between Catholics and Protestants ceased, and this was further confirmed by the Edict of Nantes, promulgated in 1598 by Henry IV, which guaranteed freedom of religion. 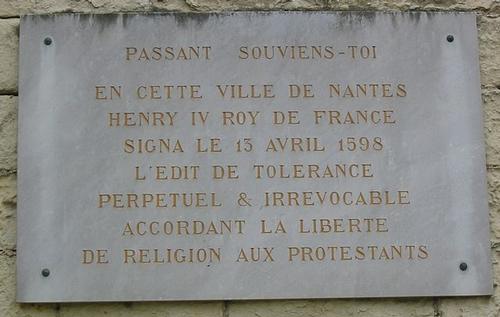 In the end, that edict turned out to be of little value, because in the 17th century the Counter-Reformation was steadily expanding and the Protestants were pushed back further and further. For example, from 1661, Louis XIV organized so-called 'dragonnades', also in the Ardèche, in which soldiers entered the houses of French Huguenots with the intention of converting them, often by force, to the Catholic faith. Particularly after 1685 (Edict of Fontainebleau), when the Edict of Nantes from 1598 was withdrawn to make matters worse for the Protestants, many Huguenots fled desperately to the Netherlands, South Africa and the United States. The remaining Protestants did not just accept the situation, however, and the so-called 'camisards', Huguenots living in the rugged Cevennes and Vivarais, led by the famous Jean Cavalier (officially: Joan Cavalièr) revolted against the oppression, an uprising that lasted from 1702 to 1715. Another “leader” of the Protestants was Antoine Court, who secretly organized meetings that eventually attracted more than 10,000 Protestants. After a prize was put on his head, he fled to Lausanne, Switzerland, in 1730, where he continued his work for the Reformation. The religious strife did not come to a definitive end until 1787 when Louis XVI ended the persecution of non-Catholics with the Edict of Tolerance and guaranteed freedom of religion. 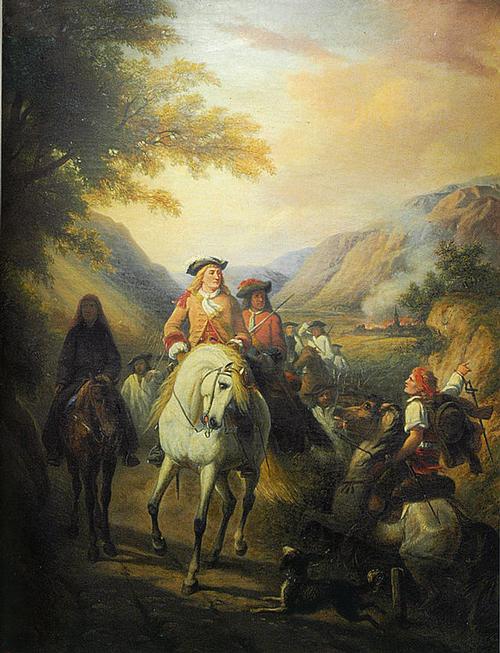 During these turbulent times, the Ardèche was also hit by a severe winter in the winter of 1669-1670, causing all olive trees to die. When rumors also surfaced that tax increases were imminent, the time was full. A peasant uprising followed, which mainly occurred in and around Aubenas. Serious riots broke out, but soon the insurgent leader was imprisoned. However, he was soon freed by a nobleman from La Chapelle-sous-Aubenas, Antoine du Roure. Aubenas was taken by the men of Du Roure, but the king's army put a bloody order, peasants were murdered and Du Roure was executed.

The French Revolution of 1789 did not pass the Ardèche and its surroundings without a struggle. Rebellious Chouans fought against revolutionary troops in the mountains of the Vivarais, but lost their lives in 1792 after a fierce battle. Chouans, led by Jean Cottereau or 'Chouan' (1757-1794), were initially insurgents against the French Revolution operating from the Bas-Maine (now roughly the department of Mayenne). In January of the year 1790, the Ardèche department was created. 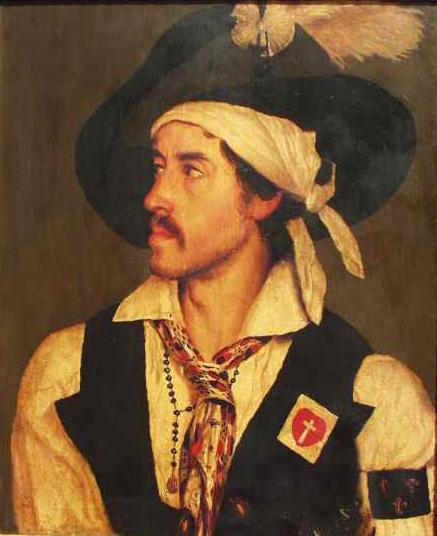 Following the defeat of Napoleon Bonaparte at Waterloo, the Ardèche and the Rhônedal were occupied by Austrian troops. In the mid-19th century, the Ardèche came back into the news as a result of the coup d'état of Louis Napoleon (Napoleon III) in 1851. Louis Napoleon was the first popularly elected president of France from 1848 to 1852. However, the presidency was only one. for four years and he thought that was not enough. The parliament, consisting mainly of monarchists, however refused to submit a constitution proposal to this effect, which led to a coup d'état by Louis Napoleon on December 2, 1851. Parliament was dissolved and a plebiscite allowed him to stay for another four years, after a new plebiscite. in 1852 even as Emperor of the Second Empire. The Ardèche was one of the French departments that opposed Louis Napoleon's ideas and a violent uprising followed in the Ardèche. Below is an article from a Dutch regional newspaper from which it becomes clear that the battle was fierce:

Some places in the French the Ardèche department are troubled by new troubles. The gendarmerie and line troops have restored order, but many are beginning to question whether other means can yet be put in place to save the unfortunate department, where the demagogues promote and practice killing. 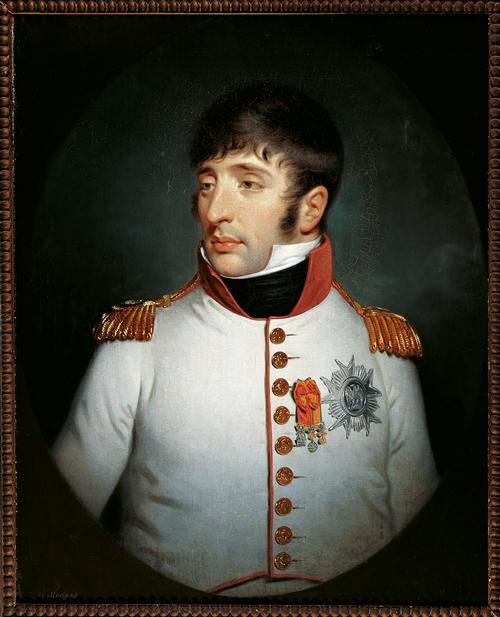 The nineteenth century was of course also dominated by the Industrial Revolution, especially in the big cities. Because the Ardèche did not have them, the region was hit by a great migration to the city, which cost the Ardèche about a third of its population. However, disasters never come alone and in 1880 the Ardèche was also hit by the phylloxera that affected half of the vineyards. Earlier, in 1850, the silk worm, so important to the Ardèche silk industry, was affected by pepper speckle disease. 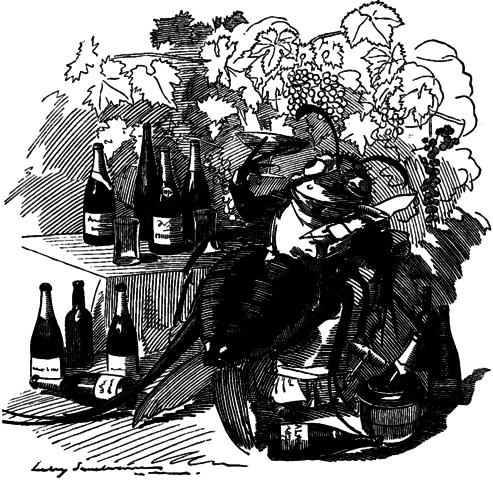 Cartoon from the satirical magazine punch where a grape bug feeds on a glass of winePhoto: Public domain 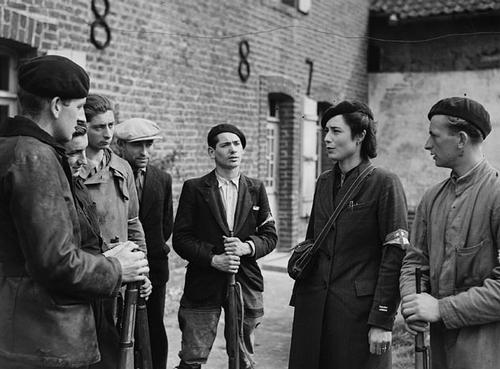 Members of the maquisards, active in the Ardèche during WWII Photo: Public domain

After the Second World War, the recovery of industry and infrastructure was given priority in the Ardèche. New developments were fruit growing and tourism, which is becoming increasingly important for the Ardèche economy to this day. In 1972 the Rhône-Alpes region was established, to which the Ardèche became part. In 2006, the chestnut in the Ardèche received the AOC hallmark, a quality and origin guarantee. In 2019, the Ardeche is strangely in the news, because of an alcohol ban in the popular Gorge. The measure was taken because of accidents and quarrels between tourists.

See also the history of France on TheWorldOfInfo.