The total area has been 356,970 km2 since German reunification on 3 October 1990, making Germany the sixth largest country in Europe after Russia, Ukraine, France, Spain and Sweden. Germany is centrally located on the European continent and borders no fewer than nine countries: Denmark (68 km) in the north, the Netherlands (577 km), Belgium (167 km), Luxembourg (135 km) and France (451 km) in the west , Switzerland (334 km) and Austria (784 km) in the south, and the Czech Republic (646 km) and Poland (456 km) in the east. About one third of the current German territory is formed by the former Deutsche Demokratieve Republik (DDR). 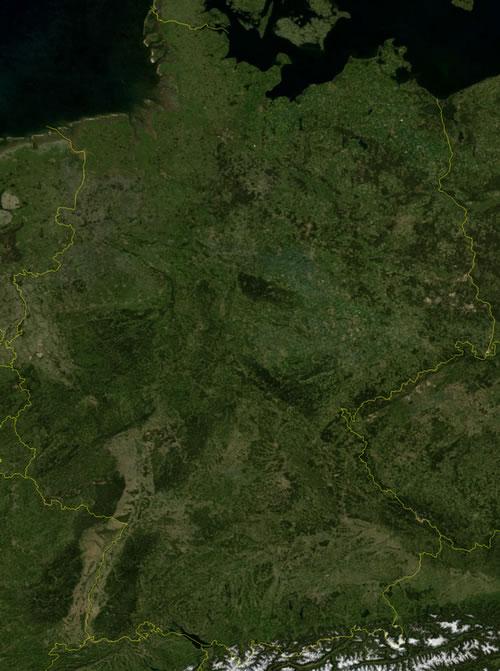 Germany stretches geographically from the Wadden island of Sylt in the north to Oberstdorf in southern Bavaria, and from Görlitz in the east on the Polish border to the far west of North Rhine-Westphalia. The longest distance from north to south is 876 km and from west to east 640 km. The borders of Germany have a combined length of 3618 kilometers. 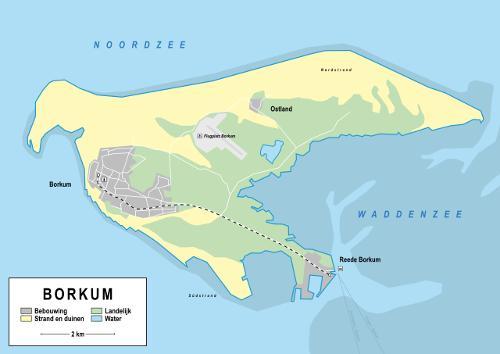 Germany consists of three major geographic landscapes: from the north, the landscape gradually changes from flat lowlands through low mountains to the high mountains of the Alps.

The North German lowland is part of the Eastern European lowland, which stretches from the Baltic states, along the coasts of Poland and Germany to the northern provinces of the Netherlands.

The generally fertile North German lowland landscape (0-200 meters) was formed in the ice ages of the Pleistocene, has a gently undulating bottom and here and there completely flat. The northernmost elevation, south of the Baltic Sea, is called the Baltic land ridge and is rich in lakes and forests. The second elevation lies further south from the Lower Elbe to the Katzengebirge. Parallel to these areas is a gently undulating, loamy area to the north and a wide strip of sterile sandy soil in the south, partly covered with heather (such as the Lüneburg Heath). In the same north-south direction there are several primeval stream valleys, 20 kilometers wide, previously consisting of peat, which are a result of the Ice Age. These used to be the river beds that drained the melt water from the ice sheet. They are now only visible as slightly lower lying strips in the landscape. More to the south, the North German Plain enters the low mountain ranges with deep curves, including the Middle Rhine Plain and the Saxon Plain. The German low mountain range (200-1500 meters) forms a natural division between the north and the south of the Federal Republic and is geologically a very complicated area. In the west, the mountainous region begins with a number of chains that are intersected almost at right angles by the Rhine: Rhines Schisteengebirge, Eifel, Westerwald (up to 657 m high), changing into Rothaargebirge, Hunsrück and Taunus (highest point: Grosse Feldberg 881 m ), to which connect the Vogelsberg (highest point: Taufstein 772 m) and the Rhör Mountains (up to 950 m high).
Further north is the Harz (highest point: Brocken 1142 m), with to the west the Weser Bergland and the Teutoburg Forest (highest point: Völmerstod 408 m) and to the north-east the Fläming. To the east of the Rhön is the Thuringian Forest (highest point: Grosser Beerberg 982 m) and to the southeast of it, the Fichtel Mountains form a junction with the Ore Mountains to the northeast, the Upper Palatinate-Bohemian Forest to the southeast and the Fränkische Alb to the southwest. The Franconian Alb is geologically integrated with the Swabian Alb and both are bounded to the south by the Danube. 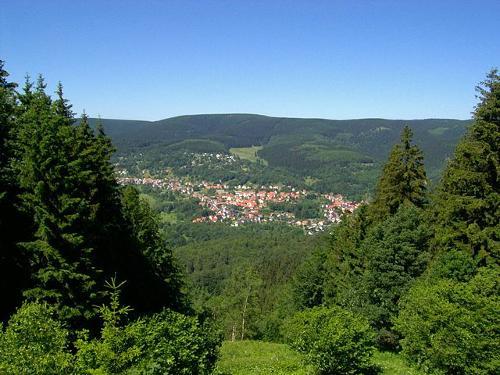 Rivers have cut deep valleys in mountain ranges throughout the low mountain range. The Rhine has already been mentioned above and the Main, the Moselle and the Neckar can also be mentioned. Most of the villages and towns have been built in these river valleys and the slopes are very suitable for wine growing.

The Alps are a younger mountain range than the low mountain ranges in Germany. This makes the tops of the Alps more pointed than those of e.g. the Black Forest or the Erz Mountains.

South of the Danube, the low mountain range slowly changes into the Alps. The land there gradually rises and changes into the moraine region of the Pre-Alps, with an average height of 500 meters, a wooded area with both hills and many lakes. In the extreme south lies the relatively small German part of the Alps, which also forms the border with Austria, the so-called Limestone Alps. 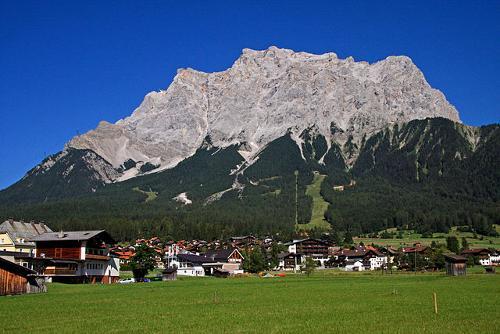 Germany has several independent river systems that flow from south to north, the main ones being the Elbe (1112 kilometers; 700 kilometers in Germany), the Weser and the Rhine (865 kilometers in Germany). These rivers flow to the North Sea, the Danube (2842 km of which 686 km in Germany) flows into the Black Sea. The Weser (440 km) is the only one of the mentioned rivers that flows entirely through German territory. 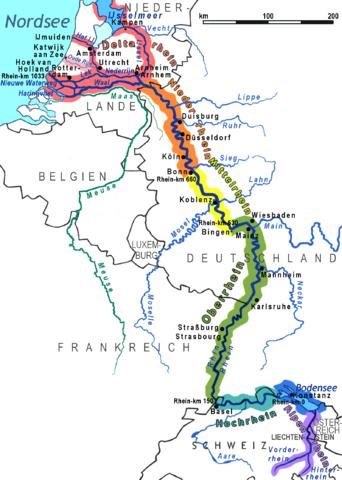 Other important rivers are the Oder, with its tributary the Neisse, the Ems, the Isar, the Neckar, the Ruhr, the Spree (382 km), the Lahn and Moselle and the Main (524 km), tributaries of the Rhine.

Other important rivers are the Oder, with its tributaries the Neisse, the Ems, the Isar, the Neckar, the Ruhr, the Spree (382 km), the Lahn and the Moselle and the Main (524 km), tributaries of the Rhine. 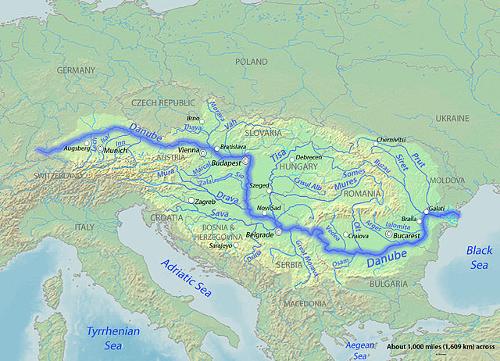 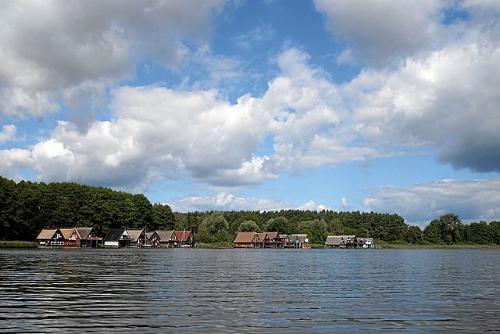 In the northwest, the North Sea coast with the East Frisian islands is a continuation of the Dutch Wadden area. The actual North Sea coast is articulated: the tidal current penetrates far into the estuaries and has eroded them in a funnel-shaped way, so that the ports of Bremen and Hamburg, among others, are 70 and 100 kilometers inland respectively. The North Sea coast is a flat area with canals, dikes and islands. The island of Sylt off the coast of Schleswig-Holstein is connected to the mainland by a bridge.

The Baltic Sea coast is articulated in the west with fjords and sandy arches, in the east, on the other hand, flat: there are also beach lakes here. Steep coasts are almost non-existent but can be found on the islands of Rügen (122 meter high chalk cliffs), Heligoland (with towering red rocks) and Samland.