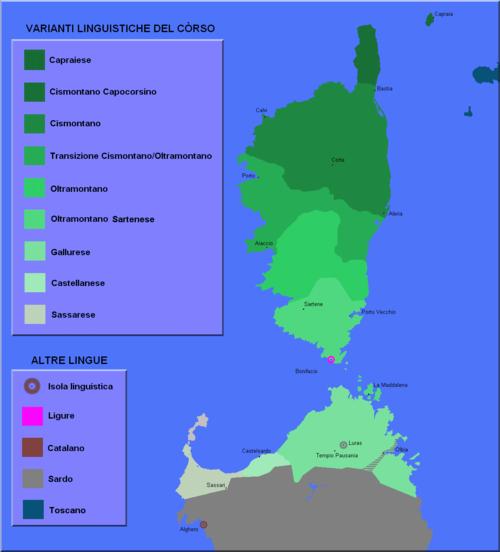 In Corsica the main language is of course French, although with a clear accent. The real, often somewhat older, Corsicans talk to each other in Corsican, which is a mixture of French, especially Italian and Latin. Due to the long Italian rule (Genoa and Pisa), people spoke pre-Latin in Corsica and then New Latin. That formed the basis of today's Corsican. Although the number of people speaking Corsican is declining, it is estimated that about 65% of the population still speaks the language. Since 1974 it has had the status of a regional language and is even taught at the University of Corte.

The following examples clearly show that Corsican is strongly influenced by Italian.