Corsica (French: Corse), is an island of France and is located in the Mediterranean Sea with Ajaccio as its capital. Corsica is also called “Ile de Beauté”, island of beauty. 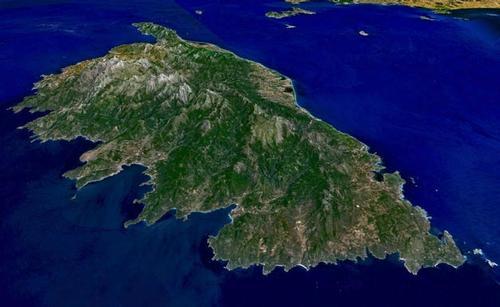 The island is located near Tuscany, 83 km from the Italian coast and 170 km south of the French Riviera. The Italian island of Sardinia is only twelve kilometers south of Corsica. The Strait of Bonifacio (Bouches de Bonifacio) separates the two islands. To the north of Corsica is the Ligurian Sea, to the east is the Tyrrhenian Sea and to the west is the Mediterranean Sea. Geologists agree that the Corso-Sardinian micro-continent was torn away from the French Provence about 30 million years ago. 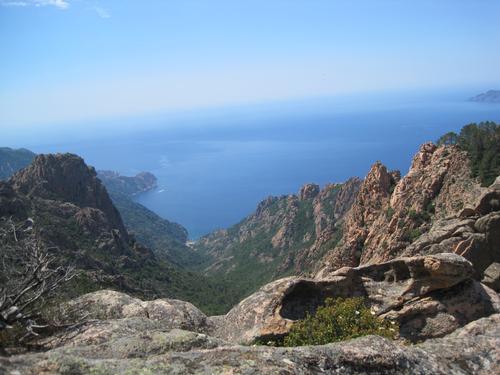 Corsica Landscape near PianaPhoto: Bj.schoenmakers CC 3.0 Unported no changes made

The total area of the island is 8680 km2. It is the fourth island in the Mediterranean after Sicily, Sardinia and Cyprus. The distance from north to south is a maximum of 183 kilometers and from west to east a maximum of 85 kilometers. The territory of Corsica covers 1.6% of the total French territory. The Cap Corse peninsula in the north is approximately 40 kilometers long. 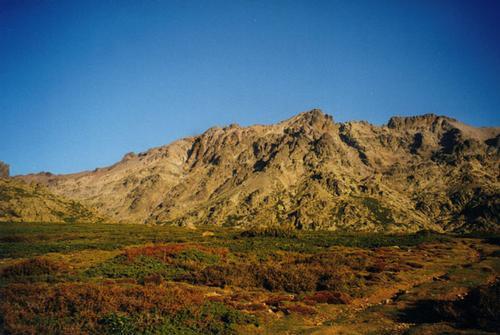