Approx. 70 percent of Alberta's residents call themselves Christians, while nearly 24 percent of residents do not identify with any religion. The largest denominations are those of the Roman Catholics, the United Church of Canada, the Anglicans, the Lutherans, and the Baptists. 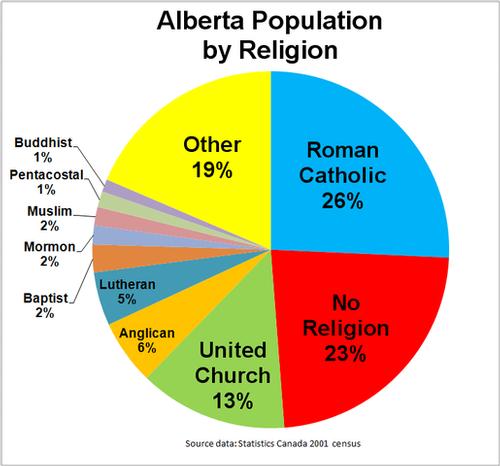 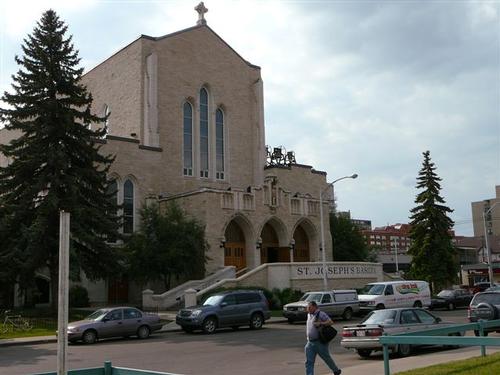 Below is a more detailed overview of religions in Alberta

Nearly 2 percent of the population is members of the Church of Jesus Christ of the Latter-day Saints, also known as Mormons. These Mormons are descended from pioneers from Utah, United States, who from 1887 under the direction of Charles Ora Card, the son-in-law of Mormon leader Brigham Young, traveled to Alberta and founded Canada's first Mormon settlement, Cardston. The first stake, a kind of deanery, outside the United States, had been that of Cardston in Alberta since 1895.

Alberta also has large numbers of Pentecostal, Presbyterian, and Evangelical Christians. There are also considerable numbers of Mennonites and Hutterites, belonging to the Anabaptist sects. There are also many Jehovah's Witnesses and Reformed Christians, as well as a significant population of Seventh-day Adventists in and around Lacombe, where Canadian University College is located. Alberta is also home to several Eastern European churches as a result of the many Eastern European immigrants, including the Ukraine Catholic Ecclesiastical Province of Edmonton and the Ukraine Orthodox Diocese of Edmonton and Western Canada. Southern Alberta is home to several hundred Doukhobors, a spiritual Christian group, originally from Russia, but in fact expelled from their country at the end of the 19th century. Most of the inhabitants of northern La Crêare Mennonites, who settled in this area in the 1930s. 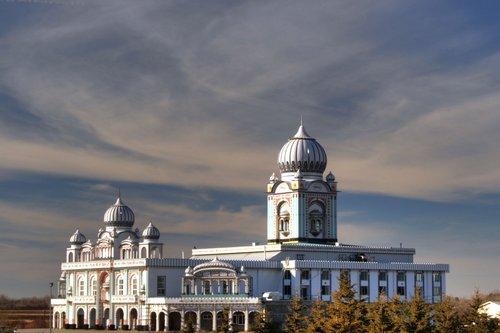 Many Hindus, Sikhs, and Muslims have made Alberta their home. For example, one of Canada's largest Sikh temples is located just outside Edmonton. Approx. 95% of the Jews in Alberta live in Calgary and the capital Edmonton. Canada's oldest mosque (1938), Al-Rashid Mosque, is located in Edmonton;the largest mosque, the Baitun Nur mosque, is in Calgary. 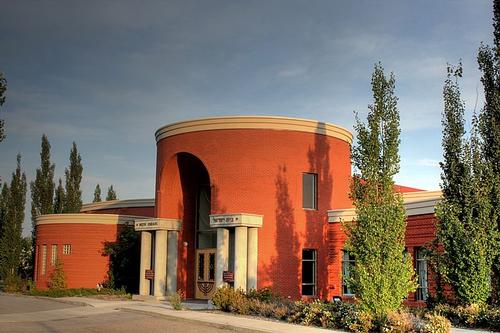 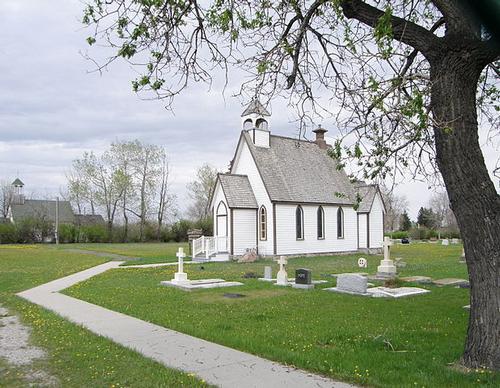 Noteworthy, especially in the United States, but also in Canada, are the so-called cowboy churches. Cowboy churches are local Christian churches, often located in the countryside in barns or metal buildings. Sometimes a rodeo arena is present and a country gospel band plays during the simple services. Cowboy churches can be found in Alberta along the Cowboy Trail, a 700 km long route that runs on Highway 22 between the Rocky Mountains and the prairies. The route runs from Cardston in far south Alberta to Mayerthorpe, just northwest of Edmonton. 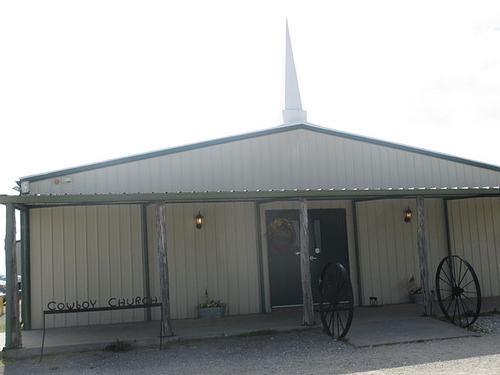 Typical example of a cowboy churchPhoto: Billy Hathorn CC 3.0 Unported no changes made