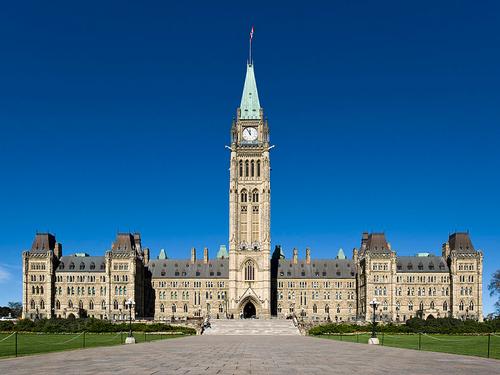 Canada's ten provinces and three territories are part of a federation whose form of government is parliamentary democracy. Canada is an independent constitutional monarchy within the Commonwealth and, according to the British (Westminster) model, comprises a Crown, a Senate and a House of Commons. Canada's ten provinces enjoy far-reaching self-government, particularly in the fields of culture, health, education and the exploitation of mineral resources. The provincial parliaments only have a House of Representatives, not a Senate.

The British King or Queen is represented by a Governor-General appointed for 5-7 years, assisted by a cabinet, the so-called ‘privy council’ . The Governor General appoints and dismisses ministers and members of the federal Supreme Court and enacts legislation, has the right to consult in the cabinet and delivers the speech from the throne.

Historically, since the first elections in 1905, Alberta has had long-held parliaments with large majority. In those first elections, the Liberals beat Alberta's first Prime Minister, Alexander C. Rutherford. In 1979 the Progressive Conservatives won 74 out of 79 seats, in 2012 the same party won 61 out of 87 seats.

The Liberal Party formed the first government of Alberta from 1905-1921. They were succeeded in 1921 by the United Farmers of Alberta who remained in power until 1935. This was followed by a long reign of the Social Credit Party until 1971 and from then on it was the Progressive Conservative Association of Alberta that ruled Alberta.

The Alberta Parliament consists of one chamber, the Legislative Assembly, which has 87 members. The English crown in Alberta is represented by a Lieutenant Governor, a purely ceremonial position. The Lieutenant Governor is appointed by the Governor General on the advice of the Prime Minister of Canada. The provincial parliament, based in the capital Edmonton, is headed by the prime minister, normally a member of parliament who elects the members of his cabinet from that same parliament.

Calgary constituencies or ridingsPhoto: TastyCakes CC 3.0 Unported no changes made

Every five years there is a vote for a new provincial government, but that can of course also be done earlier. If a seat becomes vacant in parliament before the new elections, an intermediate election will be organized in the constituency where the dropped member of parliament comes from. The winner of that election will then take his or her place until the next general election.
The current Assembly has 72 Conservatives, 9 Liberals and 2 members of the NDP. 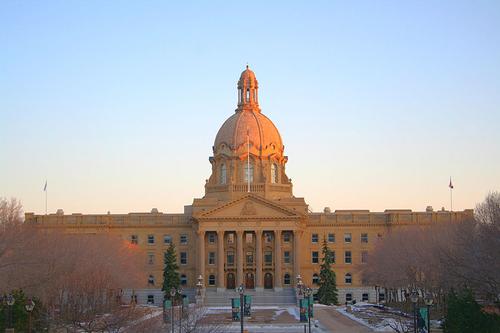 There are some in Albertasmall, but growing, separatist movements that want to separate the province, alone or with the other western provinces, from Canada. Reasons for this include the 'Western Alienation' that many people feel. An important part of the population thinks that the Federal government in Ottawa does not or barely represents the interests of the province(s) and that they are only a source of tax money while all political attention is focused on the larger provinces. Ontarioand Quebec. Canada's current political situation is described in the section history. 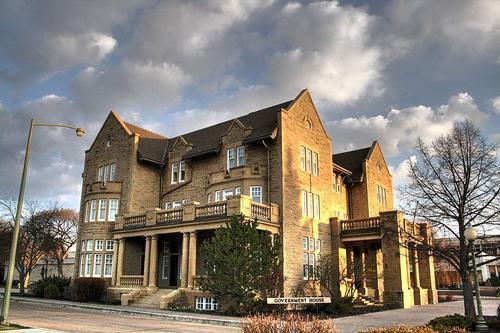 Since 1999, federated Canada (founded July 1, 1867) has consisted of ten provinces and three 'territories'. Each province has a high degree of autonomy, which is reflected, among other things, in the power to regulate local government itself. Furthermore, it is largely independent in areas such as prison, education, health care and taxation. The Crown is represented in each of the provinces by a Lieutenant Governor. 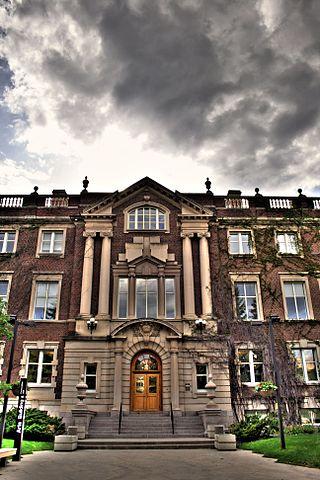 ' Old arts' building on the campus of the University of Alberta Photo: Public domain

Of all Canadian provinces, Alberta is the province that still keeps the cowboy culture high in its saddle. Summer and fall are the time of year for rodeos in Alberta. Rodeos are held in many towns and cities, large stadiums are used for professional cowboys, who can make a lot of money with them. Rodeos originated in the 16th century in Mexico and slowly conquered all of North America.

Calgary's first professional rodeo took place in 1912, and the Calgary Stampede was held every year from 1923, 10 days in July which is accompanied by parades, manifestations, fairs, agricultural exhibitions and fireworks. This rodeo festival attracts more than 1 million paying visitors annually. 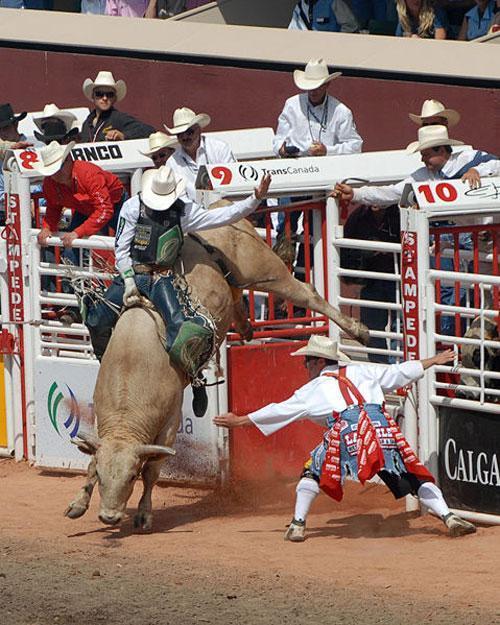 Riding a bull on the Calgary StampedePhoto: Cszmurlo CC 2.5 Generic no changes made