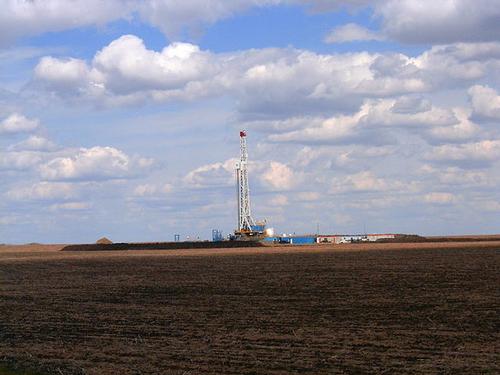 Mainly due to oil production and trade, but also still from agriculture, forestry and ranching, Alberta has the strongest economy of all Canadian provinces, but a slightly higher unemployment rate than in the whole of Canada in 2018. 6,5% to 6.0%. Alberta has always had an export-oriented economy, from fur, wheat and meat to oil and gas. In July 2018, it was announced that nearly 27,000 new jobs had been created in Alberta in twelve months.

Although Alberta continues to hold significant interests across all economic sectors, the province's politics and culture has been closely associated with fossil energy production, especially oil and gas, since the 1940s. In 1947 a large oil field was found near Edmonton, which was immediately declared the 'Oil capital of Canada'. It was not the first oil discovery in Alberta, but this time the field was large enough to be commercially exploited, given the growing demand for oil in the United States. Income from oil and gas extraction has boosted Alberta's economic development and prosperity ever since, and its economic spin-offs include the petrochemical industry and pipeline construction.

A comparison with the somewhat less neighboring provinces of Mantitoba and Saskatchewan with oil is a good example of the importance of the presence of oil. Alberta was the least populated province of the three prairie provinces in the early 20th century, but now has more than three times the population of Manitoba and Saskatchewan. Approx. 300,000 people work in the oil and gas related industry. In the course of 2014, the price of crude oil plummeted by as much as 50%. The expectations were that this situation would continue for a long time, with major consequences for the economies of both Canada and Alberta. In this situation, the economy of the oil-consuming provinces grew mainly due to the low oil price, new jobs and investments also grew in those provinces at the expense of Alberta. 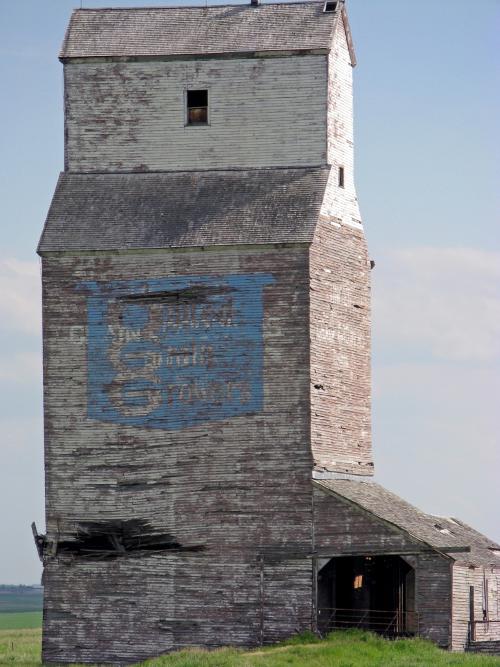 Alberta has a small internal market and is relatively remote from major world markets, despite good transport links to the rest of Canada and south to the United States. Alberta is hemmed in and separated by a series of mountain ranges from the closest outlet to the Pacific Ocean, and by the Canadian Shield from ports at Lakehead and Hudson Bay. The distance from these ports to the major populations and markets in Europe and Asia;is (ten) thousands of kilometers. North America's largest population clusters (Boston-Washington, San Francisco-San Diego, Chicago-Pittsburgh, and Quebec City-Windsor) are all thousands of miles from Alberta. Partly for this reason, Alberta has never had many industries traditionally associated with the onset of the Industrial Revolution that required a lot of labor, large internal markets, or convenient transportation. Examples include textiles, metallurgy and transport-related (cars, ships, trains) manufacturing industry. Agriculture has been very important to Alberta's economy since about 1870, although the climate is not cooperative in all seasons and there are extreme differences. Fertile soils are mainly located in the southern half of the province (excluding the mountains) and in certain areas in the north. It is remarkable that as far north as Alberta there is nowhere more extensive agriculture than elsewhere in North America, above Peace River and above 55°C. latitude north.
In general, northern Alberta and areas along the Rocky Mountains are forested land and forestry is more important than agriculture. Agriculture is divided into arable farming in the east, ranching in the west and a combination of the two sectors in Central Alberta and in the northern parkland. Wheat is still Alberta's most important agricultural commodity, alongside canola oil, barley, rye and sugar beets. More than 90% of the agricultural land is used for growing grain. The total area of agricultural land is approximately 21 million hectares and there are approximately 50,000 farms. Most of Canada's beekeepers are located in Alberta. Falher in Central Alberta, with nearly 50,000 beehives and a production of 4.5 million pounds of honey, is also known as the 'Honey Capital of Canada'. 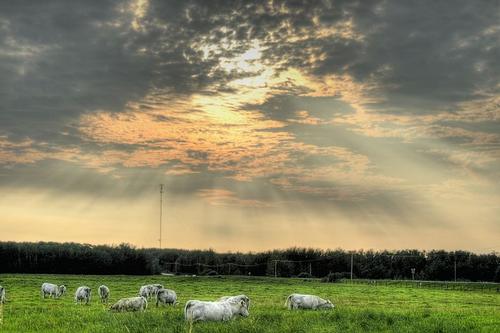 Alberta has about 3 million head of cattle, and meat is exported all over the world. Approx. half of Canadian meat is produced in Alberta, including much buffalo meat. Cattle farms are generally very impressive, with more than 40,000 head of cattle on one farm is no exception. Most dairies are owned by Dutch or Canadians of Dutch descent.
Several biotechnology companies are located near the University of Calgary.

Salt is extracted on Alberta's eastern border, near the town of Lindbergh. The salt is a relic of the sea that once covered Alberta. Tar sands are located in the Northeast, particularly around Fort McMurray, which makes it one of the fastest growing cities of Canada. The Athabasca Oil Sands there, according to scientists, have a stockpile of about 27 billion tons of bitumen, viscous oil mixed with sand, after Saudi Arabia, the largest stock of oil in the world. In total, in what has been called the largest open mine in the world, approximately 1.5 million barrels are now produced each year, with the expectation that by 2020 there will be three million per day. At the end of the Second World War Alberta had about 500 oil wells, by 1960 there were already about 10,000. Oil extraction from tar sands has long been under fire from environmental organizations and from the indigenous people, because under Canadian law these lands belong to indigenous people. Environmental organizations are opposed because of serious environmental and health impacts, including an increase in autoimmune diseases and mass deaths of wild animals. But Alberta made about 4.4 billion Canadian dollars on the tar sands in 2013, so the people who make a lot of money from it see things completely differently, the financial interests are far too big.

Coal has been mined in Alberta since the late 19th century, and around 1,800 mines have been involved since then. Approx. 65% of all coal reserves in Canada are in Alberta, which is mainly used to generate electricity. Due to its (relatively) economically isolated location, Alberta is highly dependent on excellent transportation options, both to other provinces in Canada and to the rest of the world. Alberta is currently served by two transcontinental railways (owners are the Canadian National Railway Company and Canadian Pacific Railway respectively), by three major highway links to the Pacific Ocean (the Trans-Canada via Kicking Horse Pass, the Yellowhead via Yellowhead Pass and the Crowsnest via Crowsnest Pass), and Interstate 15 to the United States, as well as two international airports (Calgary International Airport and Edmonton International Airport). Other major airports include Calgary/Springbank Airport, Coutts/Ross International Airport, Lethbridge County Airport and Del Bonita/Whetstone International Airport. Alberta is also connected to a number of pipeline systems, TransCanada (gas) to Eastern Canada, Northern Border Pipeline (gas), Alliance Pipeline (gas) and Enbridge Pipeline System (oil) to the eastern United States, Gas Transmission Northwest (gas) and Northwest Pipeline (gas) to the western United States.

Ever since the advent of the first agricultural settlements, the population of Alberta has concentrated in the forest and grassland of the parkland that runs along the North Saskatchewan River from Lloydminster to Edmonton and along the hills of the Rocky Mountains to Calgary the south of the province.
The regions around Calgary and Edmonton are Alberta's largest metropolitan regions and one of the most densely populated areas in Canada. From north to south this region measures about 400 km and about 75% of the population of Alberta lives here. Calgary and Edmonton are close to each other by Western Canadian standards, but far from other metropolitan areas around Vancouver and Winnipeg. The economic profile between Calgary and Edmonton differs somewhat. Calgary is important as the location of regional and national headquarters for gas and oil explorers and drilling companies.

Edmonton, Canada's northernmost major city, focuses more on bringing in civil servants, universities and hospitals as large employers, in addition to many manufacturing industries related to oil and gas. Edmonton, for example, also owns the West Edmonton Mall, with over 800 stores and department stores on an area of 483,000 m2, still one of the largest shopping centers in the world. Opened since 1981, the Mall also houses more than a hundred eateries, 20,000 parking spaces, the largest indoor swimming pool in the world, the largest indoor lake in the world (122 meters long) and the possibility to bungee jump under cover. 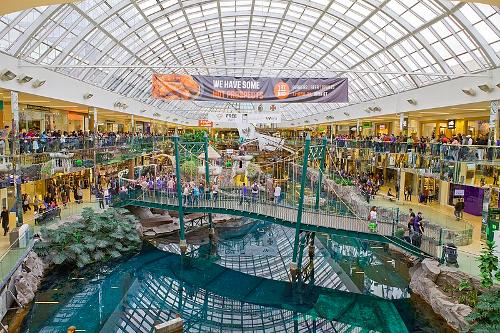 'River' in the West Edmonton MallPhoto: GoToVan CC 2.0 Generic no changes made

Alberta has been a tourist attraction since the early 1900s with outdoor activities such as skiing, hiking and camping. Over the years, this added shopping (West Edmonton Mall), the Calgary Stampede, outdoor festivals, sports competitions (Commonwealth Games, Winter Olympics). Alberta's great wildlife, especially its many national and state parks, attracts more than three million tourists a year. The cities of Calgary and Edmonton alone attract more than four million tourists annually. Most tourists come from Canada itself and the United States. Drumheller, 'Dinosaur Capital of the World', attracts about 700,000 tourists a year.

Diamonds were first found in Alberta in 1958, but real diamond mines have not opened since then.
In the Edmonton area, oil and gas related facilities and supplies are being made on a large scale.
After the discovery of oil and gas, the food industry has slowly moved from Calgary and Edmonton to smaller places like Brooks, just east of Calgary, where another large meat processing company is located.