In Central and Northern Alberta, the arrival of spring is heralded by the early flowering of a variety of the common man's herb, Pulsatilla patens. This member of the buttercup family can bloom as early as March, but April is the normal flowering time. Other early bloomers on the prairie are Thermopsis rhombifolia, also called 'golden bean' or 'buffalo bean', and Rosa acicularis, a variety of the wild rose. The Rosa acicularis, which grows from Quebec to British Columbia, was chosen by schoolchildren in 1930 as the official flower of Alberta. 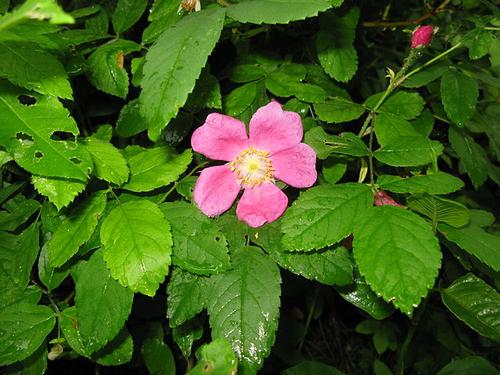 Members of the sunflower family bloom on the prairie in the summer months between July and September. The southern and central-eastern parts of Alberta are covered by short prairie grass, which withers during the summer and is then 'replaced' by hardy perennials such as Ratibida columnifera or 'Mexican hat', a fine jet species and sage. Both the lemon yellow honey clover and the white honey clover are found in Southern and Central Alberta. The trees in the parkland of Central Alberta, deciduous trees such as aspen, poplar and willow, grow in bushes on the hills. North of the North Saskatchewan River, forests dominate the landscape over thousands of square kilometers. American aspen, balsam poplar, and paper birch are the primary large deciduous species. Evergreen conifers include shrub, Rocky Mountain scots pine, twirled, white spruce, black spruce and the deciduous conifer Larix laricina or tamarack. 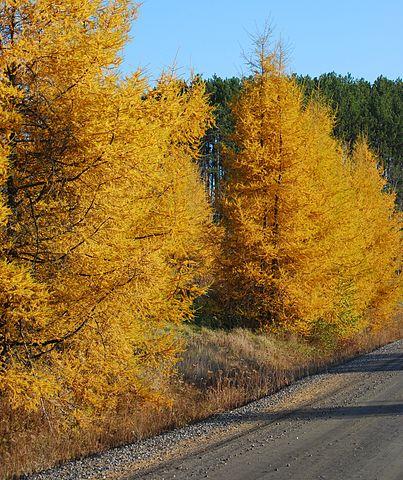 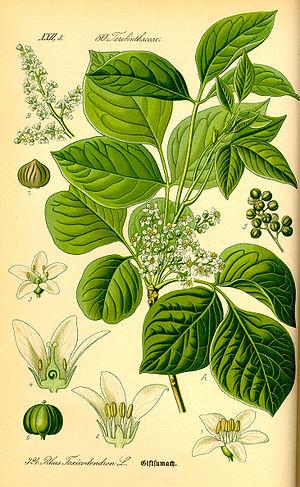 Alberta's four landscape types (mountains, arctic forests, parklands and prairies) are home to many different types of animals. There are not many places in the world with such a wide variety of wildlife as Alberta. Alberta has about 587 species, including 10 amphibians, 93 mammals, 411 birds, 8 reptiles and 65 fish. In addition, some 20,000 insect species still walk, crawl and fly around Alberta. British Columbia is the only province in Canada with a higher number of mammal species. Alberta's 'national' animal is the bighorn sheep. 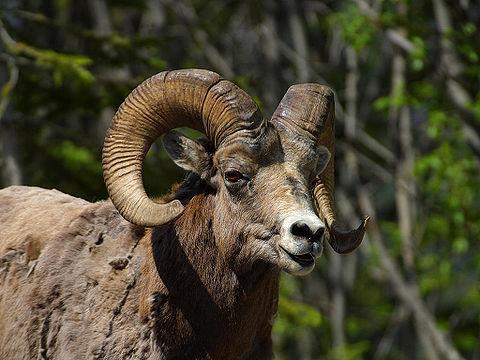 The southern and central prairie regions were once fully owned by millions of wood bison, a subspecies of American bison. The bison population was rapidly being decimated and threatened with extinction from the beginning of colonization. At the moment the bison is doing reasonably well again. 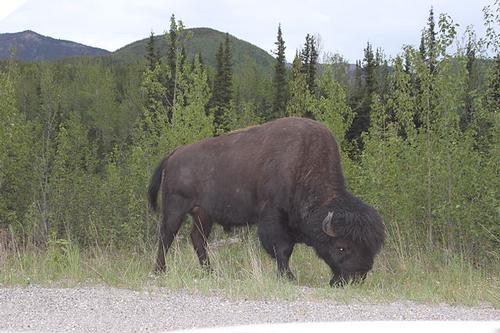 Alberta is home to a number of large carnivores, including the grizzly and blackbear in the mountains and wooded areas. The smaller carnivores of the dog and cat family include coyotes, wolves, foxes (including the rare kit fox), bobcat, Canadian lynx, and cougars. Other small predators include wolverine, river otter or North American otter, weasel, fishing marten, silver badger or American badger, black-footed bunzing, mink or American mink, and striped skunk or skunk. Large herbivorous mammals are found throughout the province, moose, mule deer, elk, white-tailed deer, woodland caribou in forested areas, gaffbuck on the prairies of southern Alberta, bighorn sheep and snow goats live in the Rocky Mountains.

In Central and Northern Alberta, migratory birds find nesting sites in the spring. In addition to the Canadian crane or prairie crane, large numbers of ducks, geese, swans and pelicans nest on or near the many lakes. Eagles, hawks, owls and crows also benefit from this and there is also a great variety of seed and insect-eating birds. Rivers and lakes are full of pike, broad-mouthed, American yellow bass, rainbow trout, brook trout, among others. red-throated trout, fathead minnow, brook or river trout, spotted omberfish and sturgeon. The Salvelinus confluentus or 'bull trout' is Alberta's provincial fish. 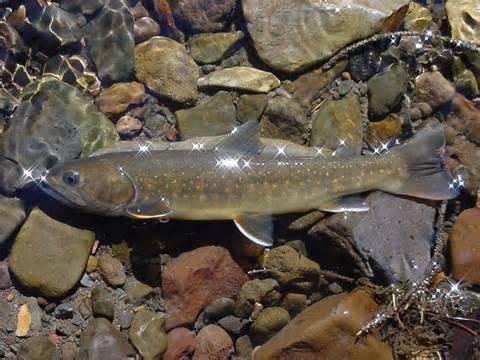 A selection of the bat species: big brown bat, red bat, gray bat, small brown bat and a number of species from the smooth-nosed family.

What is special is that Alberta has been completely free of the brown rat, being the only province in Canada and one of the few places in the world anyway. Successive governments have worked on this since the early 1950s, and with great success until a few years ago. However, a colony of brown rats was found in a landfill in Medine Hat in 2012, and again in 2014.

Southeast of Drumheller, UNESCO established Dinosaur Provincial Park in 1955. This World Heritage area contains the richest fossil beds in the world. More than 300 important discoveries have been made here. 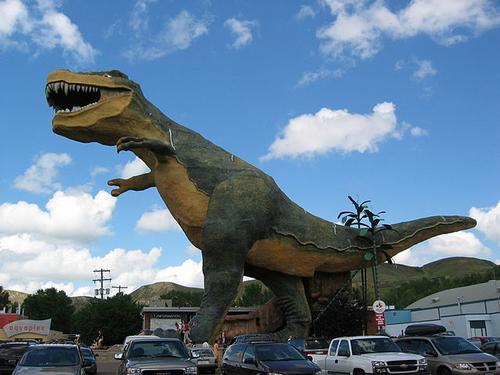 T-Rex in Drumheller, AlbertaPhoto: Kevstan CC 3.0 Unported no changes made

Elk Island National Park is home to large mammals such as the wapiti, the steppe bison and the endangered forest bison. Wood Buffalo National Park is Canada's largest national park and declared a World Heritage Site by UNESCO in 1983 because rare animals like the wood bison live there. Peregrine falcons and the bald eagle also live here and it is the only stable natural breeding ground in the world for the rare trumpet crane. 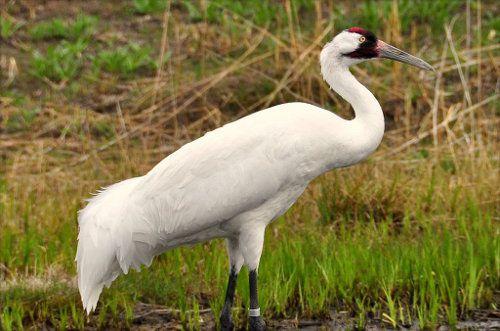 Waterton Lakes National Park has the richest wildlife of all Canadian parks, from bears to bighorn sheep and from waterfowl to sapwoods.

Banff National Park (6,640 km2), Canada's oldest national park, is home to many animal species in their natural environment: mountain goats, big horn sheep, deer, black bears, grizzly bears and wapiti. A special appearance is the American nutcracker. The lower slopes are covered with dense forests of pine, silver fir, and some Douglas fir. At higher altitudes, the species are supplanted by pine trees and the Engelmann spruce. At an altitude of 2,135 meters there is a semi-arctic climate where many colorful alpine flowers still bloom. Around Banff Cave & Basin, an area with many hot springs, a snail species lives in the hot water that is only found here, the Physella johnsoni or Banff Springs snail. 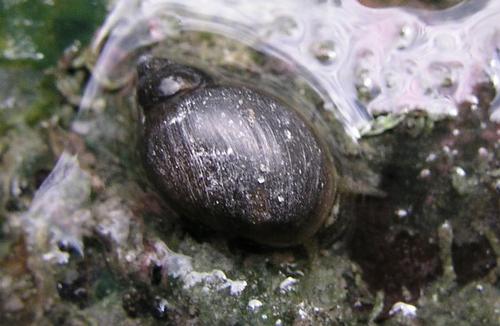 Saskatoon Island Provincial Park is one of the nesting areas of the rare trumpeter swan. 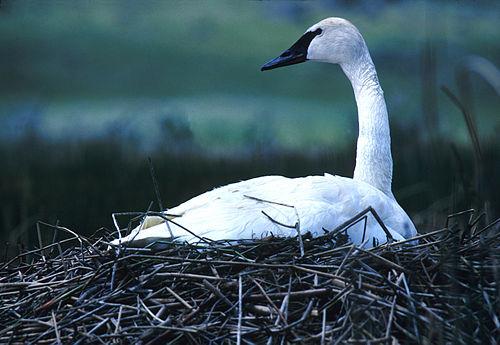 McLennan in western Alberta is known as the 'Bird Capital of the World' as it is here that three major migration routes converge around Kimiwan Lake, namely Mississippi, Pacific and Central. About 27,000 beach birds and 250,000 water birds converge here, more than 200 different species have been spotted here.

Below is an extensive overview of breeding and migratory birds observed in Alberta: 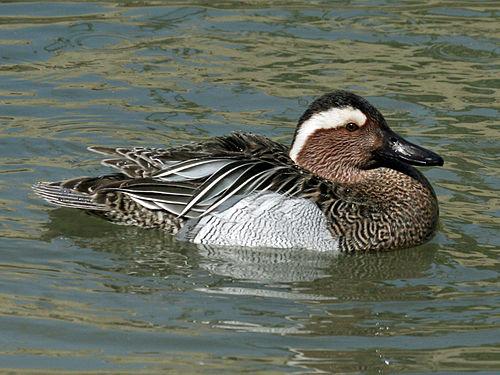 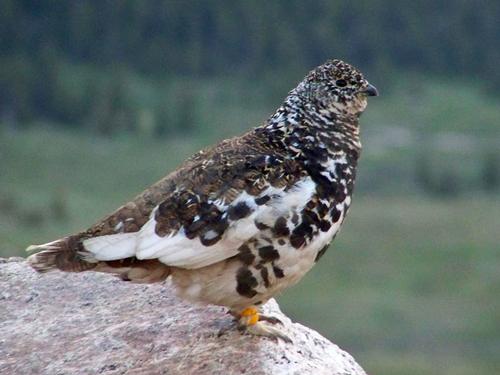 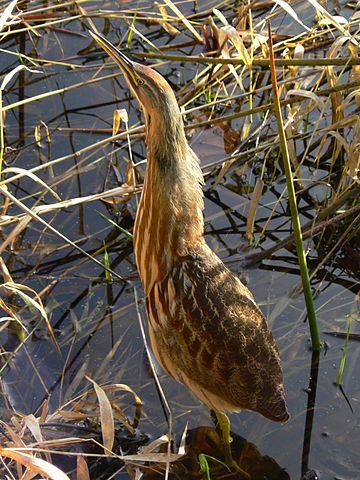 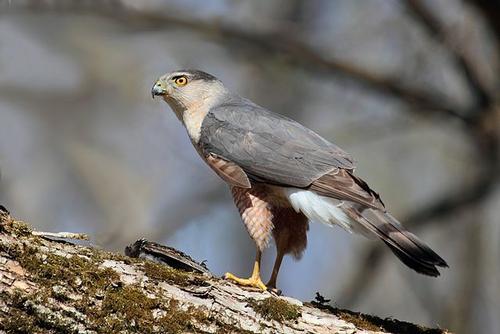 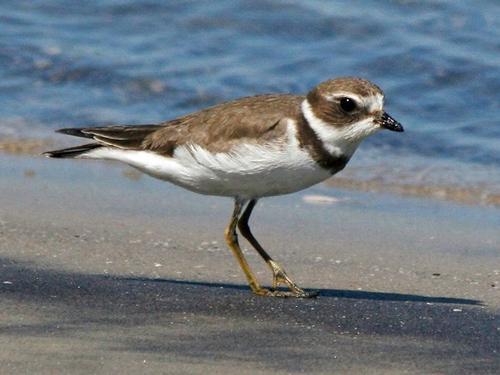 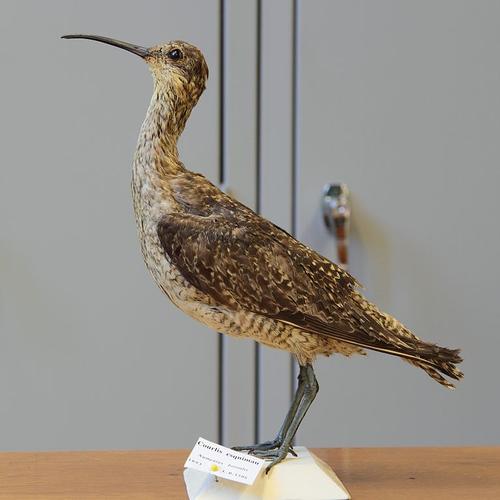 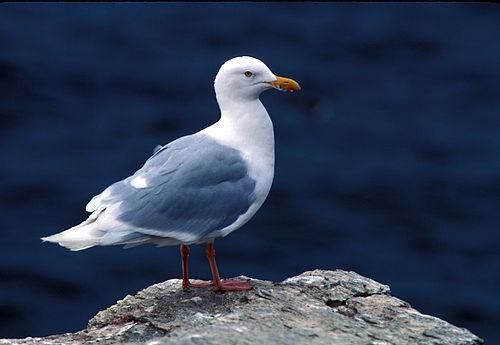 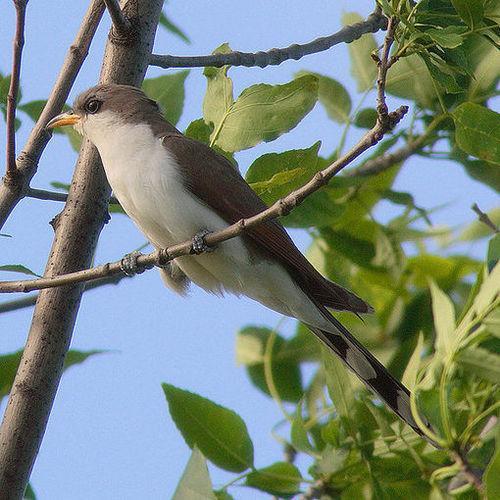 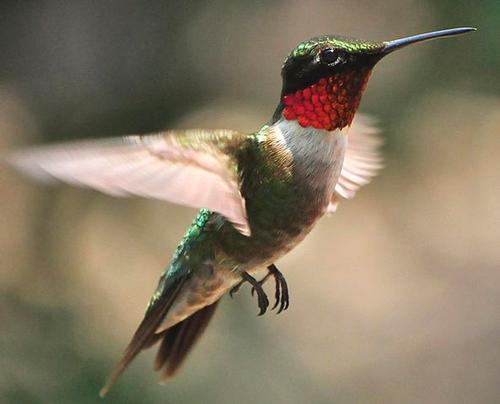 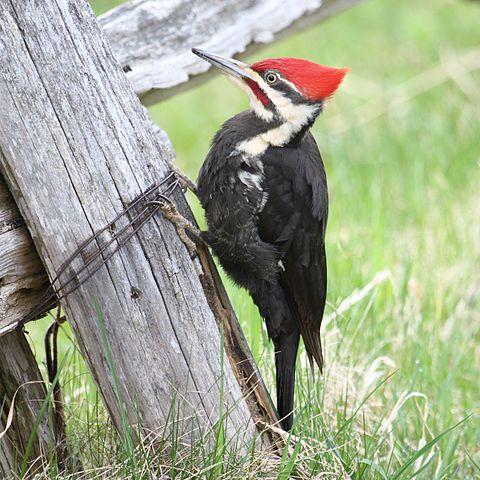 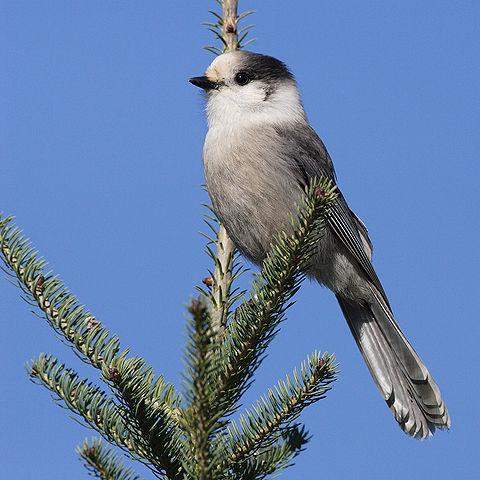