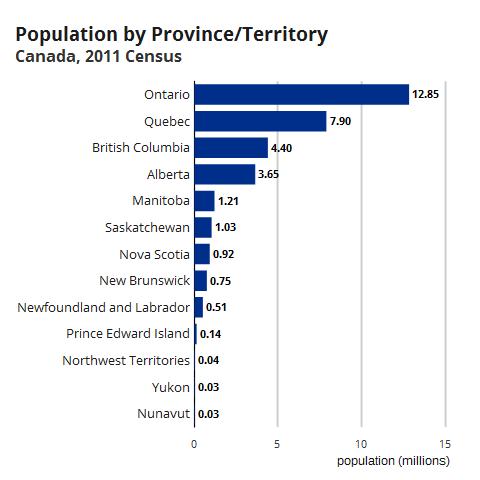 Alberta population (2011) compared to the other Canadian provincesPhoto: Srm038 CC 4.0 International no changes made

The population of Alberta was 4.08 million in 2013 and the population density was approximately 6 inhabitants per km2. As a result of the strong economic conditions, Alberta attracts many people from the other Canadian provinces and population growth is therefore higher than elsewhere in Canada.

For example, between 1996 and 2006, 469,095 people from Canada's other provinces migrated to Alberta and 261,500 people left the province to seek refuge in other provinces. Alberta has a total of 449 cities and towns. 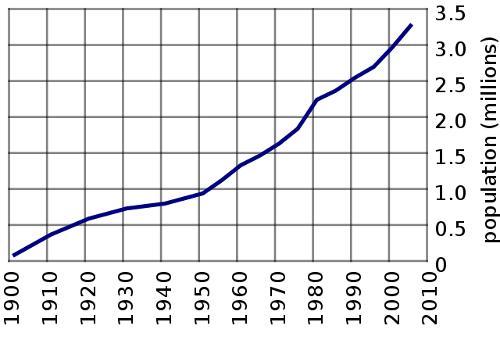 Statistics Canada, the Canadian Bureau of Statistics, conducted an extensive study in 2014 into the development of the Canadian population for the next 25 years. For Alberta, it means that by 2038 the province will become the third largest province in Canada in terms of population, after Ontario and Quebec. Alberta is currently in fourth place after British Columbia. With a relatively young population, a relatively high fertility rate and substantial inland migration to Alberta, Alberta is expected to experience the greatest population growth of all provinces from just over four million in 2014 to between 5.6 and 6.8. million inhabitants in 2038.

Less than 20% of the population lives in rural areas, the rest in cities. The vast majority of people are of white or Native American descent and just over 10% are members of a minority group. The Edmonton/Calgary region is the most urbanized area in Alberta and is among the four most urbanized areas in Canada. In 2011, about 30% of the population lived in Calgary and about 25% in the capital Edmonton. Calgary is the second largest city in Canada after Toronto, Montréal and Vancouver, Edmonton is the fifth largest city.

Alberta currently has approximately 173,000 inhabitants of Dutch origin, who often live together. Villages such as Picture Butte, Monarch, Nobleford, Neerlandia and Strathmore consist largely of 'Dutch'.

Canadian native Indianpeoples, excluding Inuit and Mestizos or Métis, are called First Nations or 'First Nations'. In prehistoric times, Alberta tribes such as the Blackfoot, Kainaiwa, Siksika, Peigan, Atsina, Cree, Tsuu T'ina, Slavey, Dene and Assiniboine settled. According to a 2011 Canadian census, nearly 117,000 'Albertans' indicated that they belonged to one of the First Nations. Alberta thus has the third largest First Nations population of Canada, after Ontario and British Columbia, living in its territory. About half of these Indians live in a reservation, the rest just live among the rest of the Canadian population. Many of these urban Indians live in the capital Edmonton, the city with the most Indians after Winnipeg. In addition, there are some 20,000 Indians who have not registered themselves in the official 'Indian Register'.

There are currently 46 First Nations of "Bands" in Alberta, below an overview: 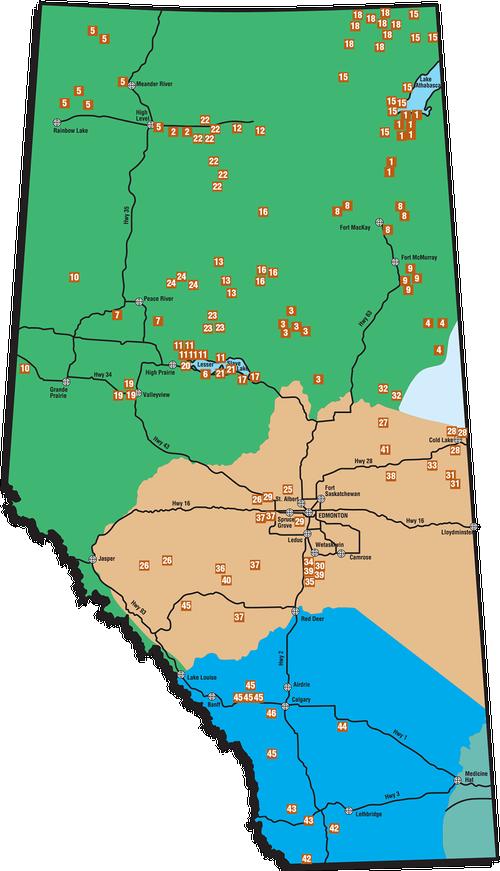