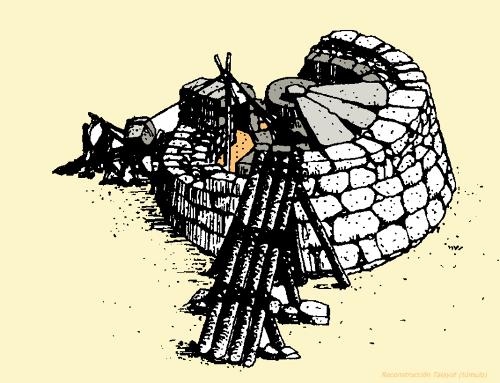 Construction of a Talyot, IbizaPhoto: Juan Costa CC 3.0 Unported no changes made

Approx. 4000 BC, in the Early Stone Age, the first inhabitants arrived on the islands of the Balearic Islands, who began to live in caves and caves. Many objects from that prehistoric time have been found in Ibiza, including rock paintings in the cave des Vi (Spanish: pintures rupestres de sa Cova des Vi).

Approx. 2000 BC. The pre-Talayotic culture emerged on all islands, which became known through the “navetas”, stone buildings with thick walls in the shape of a horseshoe. The exact meaning of these buildings is still unclear, but no weapons from this period have been found, so they probably did not need these structures to defend themselves. On Formentera is the Ca na Costa, a memorial built with large stones from the period 1900-1600 BC.

Approx. 1300 BC. The Talayotic culture developed in Menorca and Mallorca, famous for its 'talayot', round or square tower-like buildings with a central space and gigantic walls made of stone clumps.

The inhabitants of the Balearic Islands were excellent stone throwers. The Moors called them "baal yarah," which was later corrupted to "baliarides," and evolved over time to its current name, Balearic Islands. Approx. 1000 BC. defenses were built and weapons have been found from this time. Menorca distinguishes itself from the other islands by the so-called “taula’s”, vertically placed flat stones with another flat stone on top horizontally.

Ibiza was founded in 654 BC. completely dominated by the North African (now Tunisia) Carthaginians, or Punic, as they were called by the Romans. They called the island "Ibosim" at that time. Carthage was founded by the Phoenicians, a seafarer people named by the Tunisian descendants after their hometown Carthage. 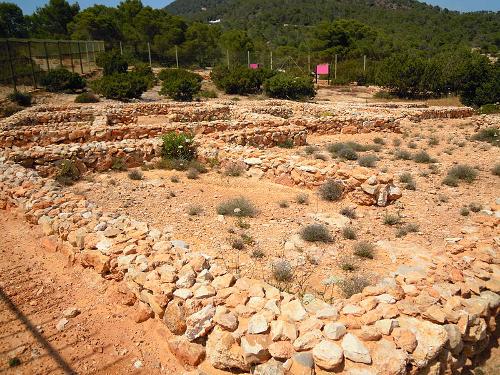 From the port city of Eivissa (Ibiza town) the Carthaginians traded with other port cities in the Mediterranean. The Carthaginians further exploited the salt pans of Ibiza and lead was mined. The forests were used to make ships and they also traded ceramics, salted fish, figs and almonds. The famous Carthaginian general Hannibal used the qualities of the stone throwers. His soldiers included about 1000 “baliarides” from Ibiza and Mallorca. Hannibal often went to war against the Romans, who took over dominion around the Mediterranean in the last centuries before the beginning of the Christian era.

In 149 BC. The Carthaginians were finally defeated by the Romans and the city of Carthage was totally destroyed. In 123 BC. Mallorca and Menorca were occupied and the important trading center Ibiza (Roman: Ebusus) was given a special status as an ally of the Roman Empire. The Romans built the port of Porus Magnus (now: Sant Antoni de Portmany) in Ibiza and several defenses have been found on Formentera. The salt mines in Ibiza were very important to the Romans. The salt was mainly used to keep foodstuffs on the ships of the Romans. Ibiza and Formentera were also called the Pitiusa Islands in Roman times after the many conifers that grew on the islands at that time.

From the 2nd century on, the inhabitants of the Balearic Islands were Christianized and from the 5th century the islands were successively occupied by Vandals, Byzantines and Germanic Visigoths. This was possible because the Western Roman Empire collapsed in the 5th century. 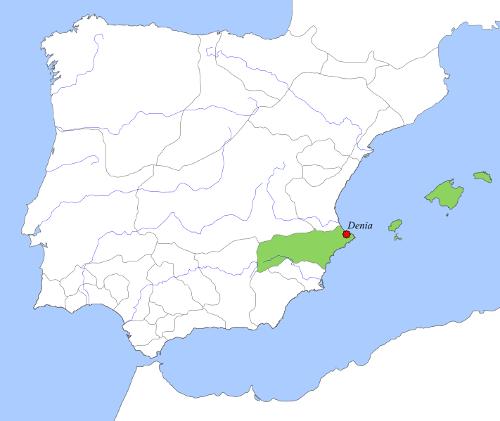 Taifa of Denia, IbizaPhoto: Tyk CC 3.0 Unported no changes made

As early as the 7th century, the Moors from North Africa tried to annex the Balearic Islands, but their efforts were not successful until 902. The leader of the Moors, Isam al Jawlani of the emirate of Córdoba, appointed an Islamic governor who settled in Mallorca. The Moors called Ibiza Yebisha, a time later Eivissa, a name that the residents still use today. The islands were mainly used by the Moors to carry out attacks on the French and Catalan coasts. Around the year 1000, the emirate of Córdoba fell apart and the Balearic Islands were taken over by the Islamic kingdom of Denia.

In 1077 the Balearic Islands became an independent 'taifa' (taifas were the areas that fell apart after the fall of the emirate of Córdoba. The main source of income at that time was piracy and especially the Pisa's merchant fleet suffered greatly. Together with the Catalans. Pisa undertook a punitive expedition to the Balearic Islands in 1114 and the city of Medina Mayurqa was completely destroyed, but the inhabitants of the islands received help from an unexpected source, namely the Almoravids, an Islamic sect from North Africa. on the run, but in 1203 the Balearic Islands were still occupied, now by the Almohadians from Denia and Algeria.

Some remarkable things in this period were the construction of a still functioning irrigation system and the reasonable degree of religious freedom that was tolerated despite Islamic rule. Architecture, clothing and music were strongly influenced by Arab culture. 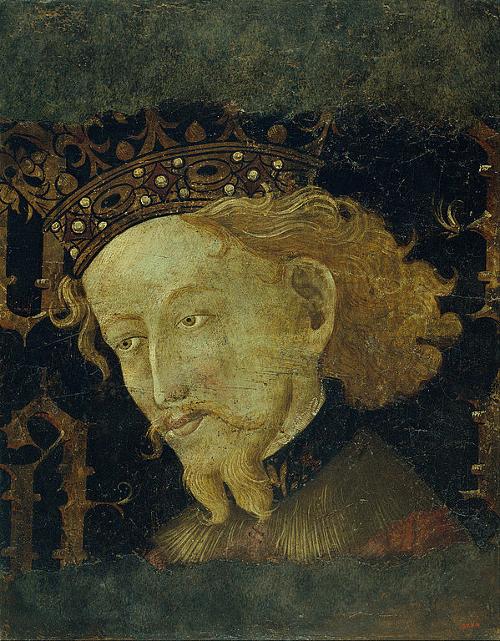 In 1229 Islamic rule came to an end. Mallorca now came under the control of the conqueror Jaume I of the Spanish Aragón. In 1235 Ibiza came under the authority of the Catalan-Aragonese confederation and eventually became a Catalan domain. Catalan was introduced as the official language at this time. In 1276 Jaume I died and his empire was divided between his two sons, of whom Jaume II got the Balearic Islands. At that time the kingdom of Mallorca was independent.

Under Jaume II and Jaume III, the Balearic Islands prospered economically, much to the annoyance of the king of Aragon. In the following centuries, Ibiza and Formentera suffered greatly from the attacks of Berber pirates or “Corsairs” from North Africa. Spain, meanwhile, had turned its attention to the newly discovered areas in America. Many Ibizens were also formidable pirates who even made use of Molotov cocktails (ampolles de foc = fire bottles). As a result, slaves, both Muslim and Christian, lived in Ibiza for many centuries. These practices did not stop until 1824.

In the 14th century the Aragonese came back into the picture and in 1343 parts of the Balearic Islands were occupied by the armies of Pedro IV. King Jaume III was finally defeated by Pedro in 1349, which marked the end of the kingdom of Majorca and the beginning of a very difficult period for the inhabitants of the islands. They had to pay high taxes and therefore lived in great poverty. The rich merchants could continue their comfortable life and that caused a lot of resentment among the common population.

In 1391 and 1450 this resulted in multiple uprisings and social conflicts between the poor rural population and the urban elite. The elite managed to settle this battle in their favor and dared to raise taxes even further. Until the mid-17th century it remained very restless, especially on Mallorca. The noble families and piracy also caused a lot of unrest. Only from about 1650 did the economy begin to recover somewhat. 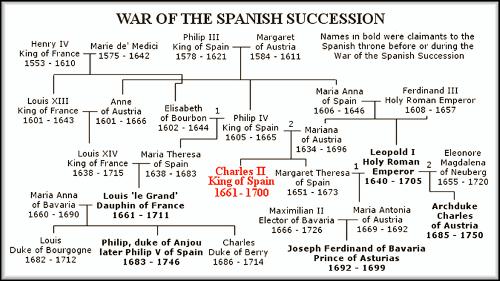 In the early eighteenth century, the Spanish branch of the Habsburg House died out and a war broke out between the heirs to the throne. From this so-called War of the Spanish Succession (1701-1714), the Bourbons emerged victorious, and Philip V, a cousin of the French king, ascended the Spanish throne. Philip introduced a new administrative-political system, which turned out badly for the Balearic Islands.

For example, Castilian was introduced as an official language and the islands were subordinated militarily and economically to mainland Spain. In the eighteenth century, more watchtowers were built in Ibiza and Formentera to better defend the islands.

Between 1808 and 1812, Spain waged the war of independence against Napoleon's France. The Balearic Islands were protected by the English, so many people fled from the mainland to the islands. Other events on the mainland also left their mark and had a major impact on the development of the Balearic Islands. This was reinforced when a ferry started operating between Mallorca and the Spanish mainland in 1837.

At that time, the movement "La Renaixença" was also born, which mainly stood up for the islands' own identity. With this movement the first steps were taken towards greater autonomy from the Spanish motherland.

Twentieth century to the present

The relative calm between the two world wars came to an end in the 1930s. First of all, of course, there was the global economic crisis that also hit the Balearic Islands, and in 1936 the popular front, a partnership between communists, socialists, syndicalists and liberal republicans, won electoral victory and a popular front government came to power. Their great adversary, General Francisco Franco, was initially "exiled" as military governor to the Canary Islands. 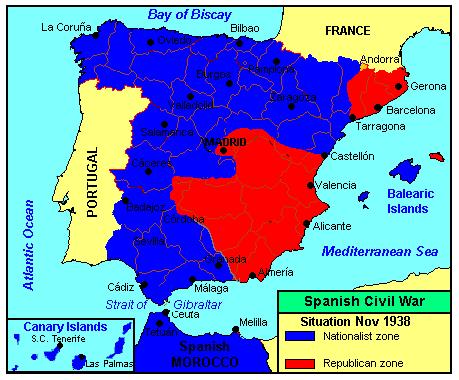 Map of the Spanish Civil War 1938Photo: Booshank at English Wikipedia CC3.0 Unported no changes made

However, in 1936 he returned to the mainland and joined other rebel soldiers. Civil war broke out from which Franco emerged victorious in 1939. The Balearic Islands were of course also involved in this black period in Spanish history. In this struggle, Ibiza and Mallorca supported Franco from the start, while Menorca sided with the popular front government. It is striking that under the Franco regime, certainly in the 1940s and 1950s, time in Ibiza almost stood still.

The first hippies came to Ibiza in the 1950s, followed by artists and writers in the 1960s. According to the locals, the date of June 1, 1958 was crucial for the development of Ibiza into a true tourist paradise. This was the day the airport was opened. Worthless pieces of land became more and more expensive, especially when the first tourists landed in Ibiza. In barely twenty years, the island changed from relative poverty to one of the richest Spanish provinces. 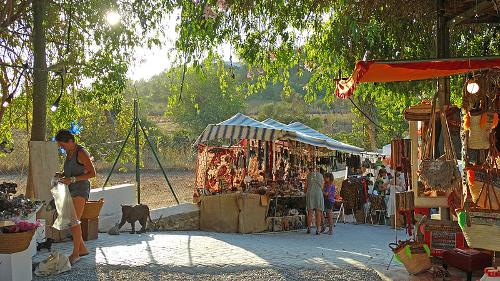 From the 1970s, Ibiza and Formentera were finally discovered by the tourists, who enjoyed the sun and the culture in large numbers. Tragic was the very serious plane crash on January 7, 1972. 104 people were killed when a passenger plane crashed into Sa Talaia Mountain. In 1975 Franco died and Spain turned into a parliamentary democracy under the impulses of King Juan Carlos de Bourbon. This democratization made the provinces of Spain increasingly autonomous. The first island government was installed on April 19, 1979, and Cosme Vidal Juan was its first president. The next election was won by Antonio Mari Calbet, who remained in office for 20 years.

On October 29, 1977, the first 'green' party (GEN) was founded, which opposed the total dependence on the tourism industry with all its serious consequences for the environment and nature on the island. In 1999, the GEN organized a demonstration against the construction of a golf course in Cala d'Hort. 11,000 people took part, the largest demonstration ever held in Ibiza. One consequence of this demonstration was the decline of the Conservative Party. The elections of June 13, 1999 were won by a leftist colaition called Pacto with the first female president, Pilar Costa. 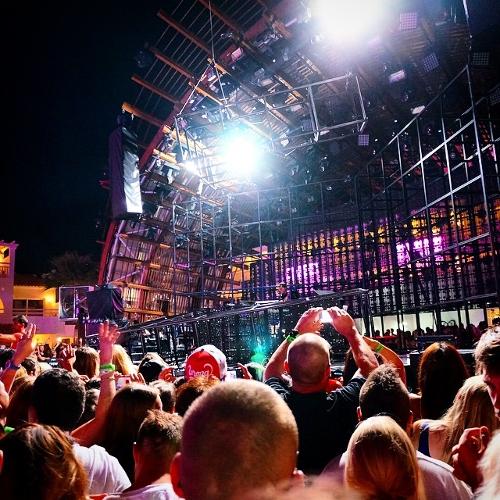 In the 21st century, dance culture is emerging and Ibiza is mainly known as "Party Island".

See also the history of Spain on TheWorldOfInfo.