Of the 1650 plant, flower and tree species occurring in the Canary Islands around 600 are indigenous. Of these 600, there are hundreds that occur on only one island, often even in a single ravine. Due to its isolated location, there are still flowers, trees and plants that have been extinct in the rest of the world for 2.5 million years. An example are the "laurisilva" forests, which used to be found in large parts of Africa and Europe, but now only in the Canary Islands.

Three vegetation zones can be distinguished on the Canary Islands. The dry zone up to approx. 900 meters altitude is home to (disc) cacti, native date palms, acacias, almond trees, agaves, banana plants, sugar cane, Canarian lavender, aloe and eucalyptus trees. In the arid regions you will find the candelabra spurge (cardón) and the king juba spurge or "tabaiba". The thickened juice of the tabaiba can be eaten as a kind of chewing gum. The juice of another spurge, the "cardó" or candlestick cactus, mixed with oil, is used as a medicine. The "Tajinaste" is a stocky shrub with a sausage-like trunk and fine green leaves.

The plantations with the small Chinese banana or dwarf banana grow between 300-400 meters above sea level. The Teige serpent's head is a very special flower that initially only existed in Tenerife, but has been successfully planted in Gran Canaria. The crop can reach a height of almost two meters and tens of thousands of red flowers can grow on one plant. The Canarian palm (Phoenix canariensis) can be found everywhere, resembles the North African date palm, but is shorter, with large lush leaves and a more beautiful crown. The colorful poinsettia grows to the size of a tree in Gran Canaria.

The tree zone (up to 1800 meters) contains different types of coniferous and deciduous trees, including different laurel species, holly, tree heather and the Canary pine trees (pino canario or Latin: Pinus canariensis), which can reach 20-30 meters in height. In the pine forests (the largest forest is the pine forest of Tamadaba), among other things, the rock rose and the sleeping lily grow. The "tuno indio", a wild growing cactus species, has many sharp spines and small, red fruits, which are very sweet but very refreshing.

In the mountain zone (above 1800 meters) dwarf shrubs (yellow broom or "retama"), lichens and many herbs grow. 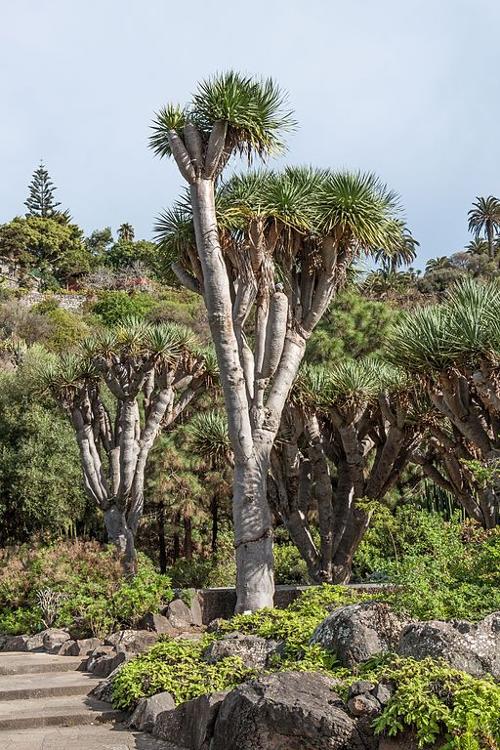 The most famous tree in the Canary Islands is the Canarian dragon tree, which belongs to the lilies family and is related to the yuccas. The latter name is due to the dark red resin of this rare tree. This Canary variety, which can live for several hundred years to perhaps thousands of years, is only found in Cape Verde and Madeira, and has been extinct elsewhere for more than twenty million years.

In the distant past, the dragon tree occupied an important place in the life of the Guanches, the original inhabitants of the Canary Islands. The main product was the "dragon's blood", which was used, among other things, as a medicine.

The animal world in the Canary Islands is not nearly as varied as the plant world.

Special bird species are the pine and laurel pigeons, the Canarian kestrel and the chiffchaff. Common species include thrushes, crows, quail and partridges.

Many species of lizards can be found on Gran Canaria, including the 80 cm long snake lizard (Lacerta stehlini). Real snakes, but also scorpions do not occur on the island, geckos are.

Wild mammals include rats, hares, rabbits and mice. Domesticated animals are cattle, sheep, donkeys, some camels and camels, dogs and goats. Goats are the main dairy and beef cattle of the islanders. 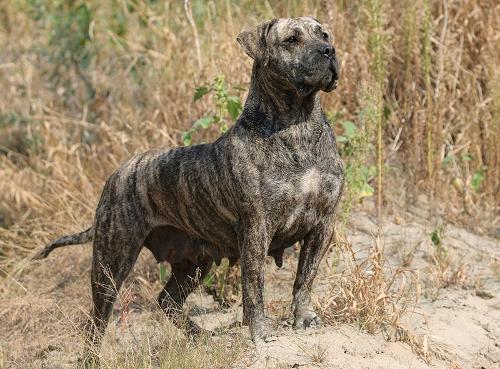 The Canary Islands get their name from the Perro de Presa Canario, a large dog species that was already present on the islands during the Roman times.

Since the 1990s, released non-native California king or chain snakes and their descendants have become a nuisance to Gran Canaria. Although this snake species, especially nesting around the municipalities of Valsequillo and Telde, is harmless to humans, certain bird species and a rare lizard species are threatened in their existence on the island. The number of California chain snakes was estimated to be around 5,000 in 2014.