Madeira is a Portuguese island in the Atlantic Ocean, and part of the archipelago of the same name. The archipelago also includes Porto Santo, the Ilhas Desertas ("deserted islands") and the Ilhas Selvagens ("wild islands").

The most easterly island of the entire archipelago is Ilhéu de Fora.

The island is of volcanic origin and is characterized by steep basalt rocks. Madeira is part of a mighty mountain range that rises many thousands of meters above sea level. The islands of the archipelago are just the peaks of this massif and likely appeared above sea level about 20 million years ago as a result of earthquakes and volcanic eruptions.

From east to west, a mountain range runs across the island, split by two wild rivers: the Brava and the São Vicente. The Boca da Encumeada pass (1007 meters high) separates the west from the east geographically, with the Ponta de São Lourenço peninsula being the easternmost point of the island.

To the west of this gorge is a swampy table landscape, the Paúl da Serra ("swamp in the mountains": 17 km long and 6 km wide), which is on average 1,300 meters above sea level. 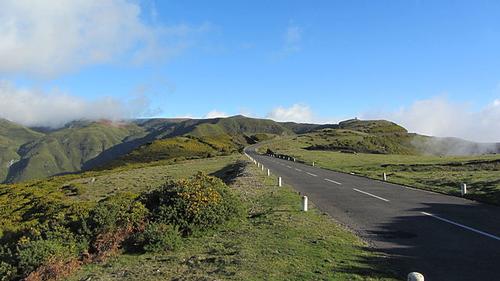 Most of the rivers originate in the Paúl da Serra, including the largest river, the Ribeira da Janela. The rivers in Madeira have a strong decline, up to 10%. Because of this and the composition of the volcanic soil, Madeira is characterized by deeply carved valleys. Due to the force of the water, very large basins resembling craters have also been carved out. The river Socorridos, for example, created the approx. 500 meters deep basin of Curral des Freiras.

Madeira does not have beautiful sandy beaches (Porto Santo does), if you want to swim in Madeira, you can do so in the swimming pools of the hotels. Only in the far east of Madeira, in the protected bay of Prainha, is a black sand beach; there are many pebble and rocky beaches. Madeira's most spectacular waterfalls are the two Risco waterfalls near Rabaçal. At the northern half of a plateau, the water plunges about 100 meters down. 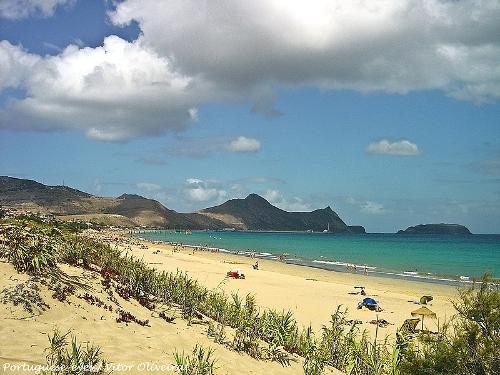 Porto Santo is the second largest island and, unlike Madeira, has an 8 km long uninterrupted golden sandy beach, the “Praia Dourada”. It was here where the Portuguese navigator João Gonçalves Zarco and Tristão Vaz Texeira in 1418 first dropped anchor and (re) discovered the Madeira archipelago.

Porto Santo is located almost 50 km northeast of Madeira and has the following dimensions: 11 km long, 6 km wide and 41 km2 in size. The strait between Madeira and Porto Santo is up to 2300 meters deep. The most important place is Vila Baleira (2500 inhabitants)

Porto Santo has become the holiday island of the Madeirans, while foreign tourism is slowly taking off. Fishing, livestock farming and grain fields have all but disappeared, people are betting entirely on tourism. Since 1960, Porto Santo has been a NATO focal point, with a landing strip for large aircraft. 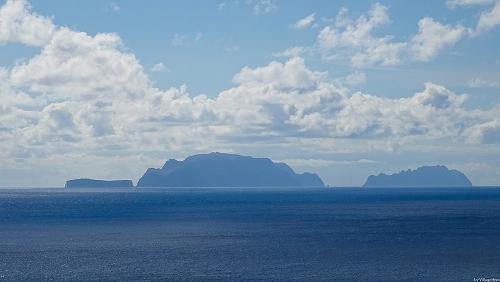 The Ilhas Desertas, which are uninhabited due to the lack of fresh water, are located about 20 km southeast of Madeira. The flat archipelago consists of Ilhéu Chaõ, Deserta Grande and Bugio. The largest island is Deserta Grande, an elongated plateau of volcanic rock, 12 by 1 km and 470 meters high.

The Ilhas Selvagens are also uninhabited and consist of the islands of Selvagem Grande, Pitaõ Grande and Pitaõ Pequeno. This archipelago is closer to the Canary island of Tenerife (170 km), than to the capital Funchal (230 km).