The former national church of Portugal is the Roman Catholic Church. About 80% of the population claims to be Catholic, although mass participation has been declining in recent years. There are three archdioceses namely Braga, Évora and Lisbon, with eight, two and eight dioceses respectively. Lisbon has been the seat of a patriarch since 1716, who has also been a cardinal since 1736. 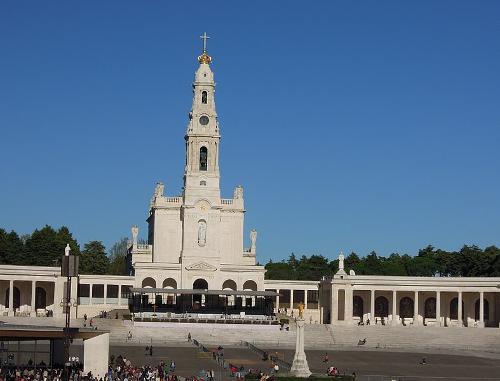 Portugal has a tradition of Marian worship, the most famous religious cult in Portugal is the alleged apparition of the Virgin Mary to three children in Cova da Iria, in the village of Fátima, in 1917. The apparition of the Heavenly Mother in this small village in the district Santarém has led hundreds of thousands of pilgrims to visit the Shrine of Our Lady of Fátima each year, many in the hope of a cure from ailments.

The Protestant churches have about 50,000 members. There are also smaller groups of Muslims, Hindus (from the former Goa colony) and Jews. Construction of the Sé Cathedral (derived from the Latin "sedes", meaning episcopal see) in Funchal started in 1493 and was consecrated in 1516. The cathedral, built mainly in Gothic and Manueline style, has the shape of a cross, with a nave and two aisles. The ceiling is made in the style of the Mudeyears, expelled Muslims from Spain who converted to the Christian faith. The carving is ivory, inlaid in dark native cedar wood.

Built in 1533, the dazzling white church of São Salvador is one of the finest Manueline buildings on the island.

The Church of São Bento in Ribeira Brava was completely rebuilt in the 16th century. In addition to the beautiful blue and white tiles ("azujelos") on the pyramid-shaped spire and inside the church, there are also precious artifacts in Manuel style, including a beautiful baptismal font. The square in front of the church is covered with a geometric pattern of river pebbles. 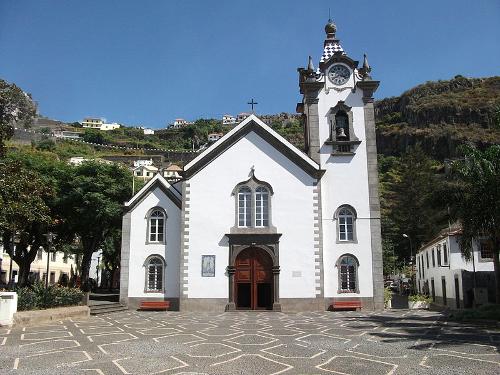 The Church of Monte (1747), the "Nosse Senhora do Monte" contains the tomb of Emperor Charles I of Austria, one of the first "tourists" in Madeira, at the time when Madeira was a well-known spa for tuberculosis patients. The church also houses the statue of "Nossa Senhora do Monte", the island's patron saint. This 15th-century statue of the Blessed Virgin has been an object of veneration and the purpose of pilgrimages for hundreds of years. Devout believers descend the 74 steps on their knees.

The "Capelo do Senhor dos Milagres" in Machico is the chapel built in 1425 by the discoverer of Madeira, Zarco. Only the cross on the facade and the pointed arch portal of the original chapel have been preserved. 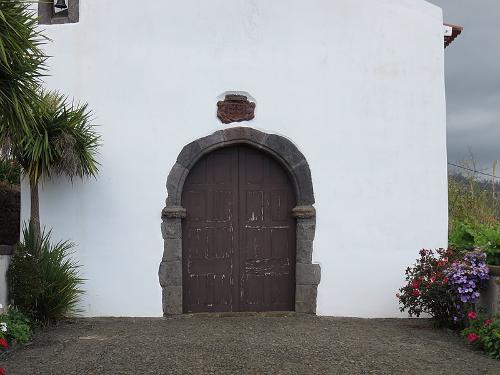 The "Capelo dos Reis Magos" (Epiphany Chapel) in Estreito da Calheta is one of the few Manueline buildings in Madeira that is still in its original state. Special is the Antwerp (?) Wood carving of the three-part altarpiece.

"Festas" are often held in honor of a patron saint and so the church and procession are other essential elements of such a celebration. Since Madeira has many dozens of patron saints, there is almost always something to be celebrated somewhere on the island, usually on Sundays. 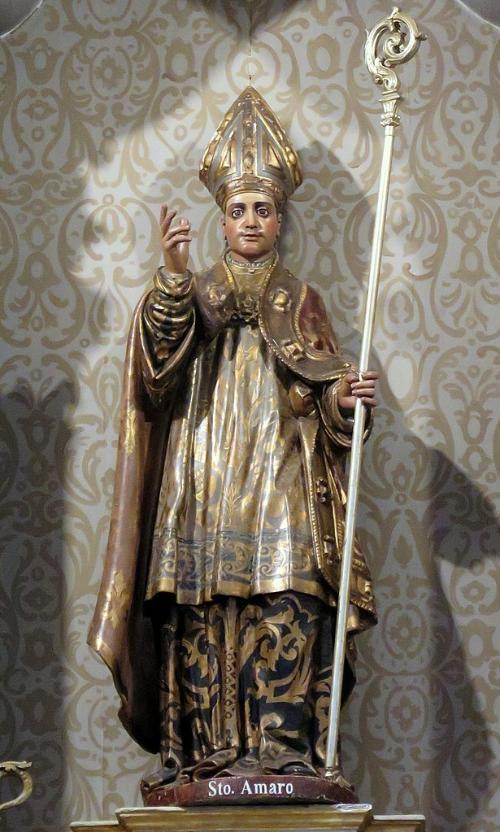 May / June: "Espírito Santo", Pentecost, including a beautiful procession in Camacha.

August 14/15: "Nossa Senhora do Monte", the festival in honor of Madeira's patron saints.

Last Sunday in August: "Festa do Senhor", the feast of the Lord in Camacha with great fires.

First Sunday of September: Ponte Delgada then hosts one of the oldest and largest festivals in Madeira. A wooden crucifix is being honored that - according to legend - was said to have been washed up in a wooden box at the time the village was founded.