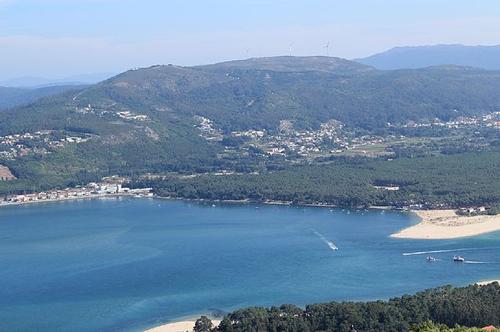 Mouth of the Rio Minho Costa VerdePhoto: JoséMouteira CC 3.0 Spain no changes made

The Costa Verde is the northwestern coastal strip of Portugal that runs from Porto to the Spanish border. There, at the mouth of the Rio Minho and surrounded by the Mata Nacional do Camarido pine forest, lie the beaches of Praia de Caminha (also known as Praia do Camanido) and Praia da Foz do Minho, at the most northwestern point of Portugal. 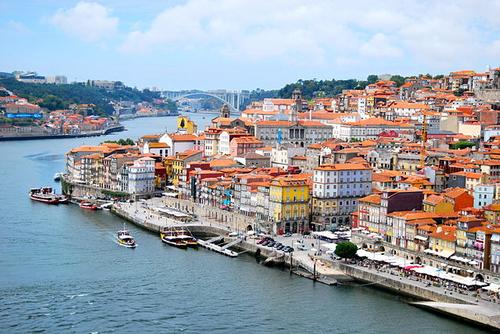 The area is best known for its extensive sandy beaches. It is generally hilly with a lot of wine growing. The Costa Verde is intersected by several major rivers. These are the Rio Cavado, Rio Lima and Rio Minho, which also forms the border with Spain.
In the east of the province of Minho, against the border with Trás-os-Montes, lies the Serra da Cabreira ("the mountains of the goatherd"), an old, granite mountain range with deep valleys in which clear rivers flow and rounded peaks. The highest point is 1262 meters. 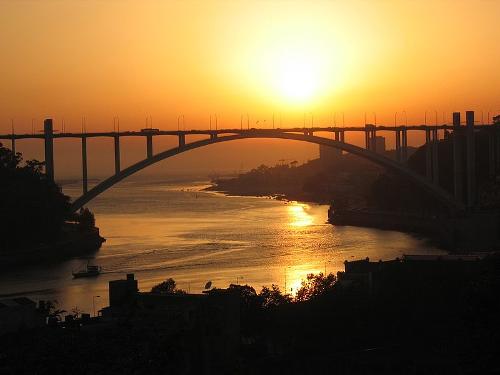 Sunset above PortoPhoto: Bert Rostad CC 2.0 Generic no changes made

The Costa Verde's climate is mild and humid due to its location on the Atlantic Ocean. The dominant wind direction is north-west. As a result, the winters on the Costa Verde are mild with a lot of rain from time to time, and summers are relatively cool but dry. The temperatures are around 10 degrees Celsius in January and around 23 degrees Celsius in July. 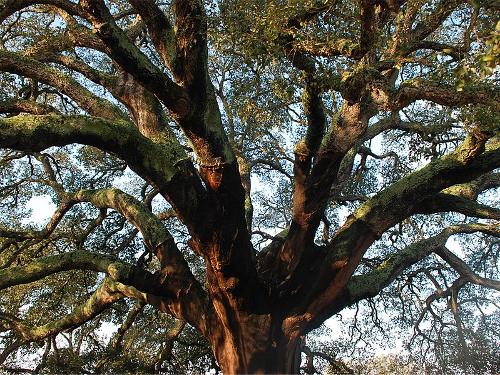 Cork Oak, Costa verdePhoto: Union of the Mediterranean Forest CC 4.0 no changes made

The most common tree on the Costa Verde is the oak. There are also crabs, lindes, poplars, esdoorns and chestnut trees. The dunes are shingles, umbrellas, and eucalyptuses. 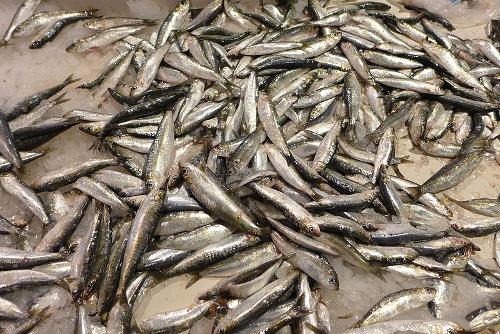 Costa Verde's animal world is in line with Spain's, but it also has a number of African elements, among other things. The chameleon, the cat and the mangoste. There are mammals like the wild boar and the wild cat. Deforestation, erosion and inadequately regulated hunting have decimated numerous large animals (wolf, lynx, vapor, deer, rhea) or caused extinction (brown bear, monk seal). Nature and environmental protection are still in its infancy. The fish-rich marineëin the vicinity of Portugal has been successfully tested for centuries;exploitation (sardine, anchovy, cod). Costa Verde is an important intermediate station for migrating birds. The most important migratory birds are jugs, lockers, rugs and grits. There are also eagles, owls, tubes and sea cools.