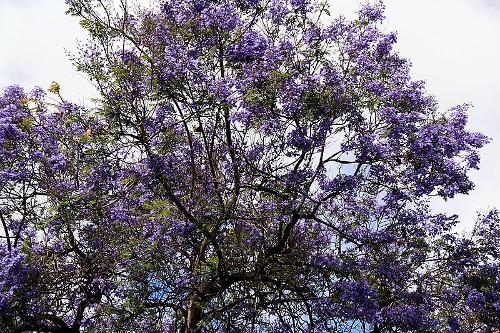 Jacaranda in bloom in MadeiraPhoto: Hedwig Storch CC 3.0 Unported no changes made

Madeira has many nicknames, but most of them refer to the island's floral, plant and tree splendor: "Island of Flowers", "Island of Eternal Spring" and the "Floating Gardens of the Atlantic". There are 760 plant species on the island that belong to 112 plant families. However, about 20% of all the beauty in Madeira is indigenous (endemic).

The flowering period lasts all year round: 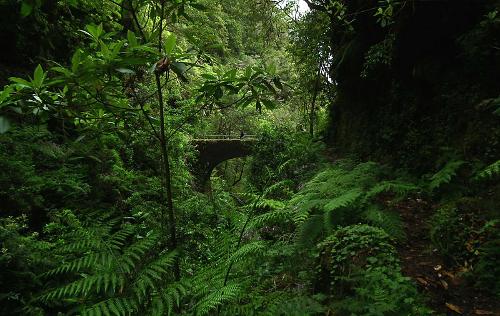 Madeira was very rich in tree species at the time of its discovery. Major fires and centuries of felling of trees for building materials and fuel have left few of the original forests in Madeira. Nevertheless, in the north there are still some original laurel forests to be seen and in the mountains the mighty tree heather ("urze"). The four main laurel varieties are the "vinhático", the "til", the "loureiro" and the "barbusano". Madeira's "laurasilva" (laurel forest) was declared a World Heritage Site by UNESCO in 1999. One fifth of the island is still covered with forests, but 90% of it consists of exotic species.

Tree heather hedges are often used to protect crops from the northerly winds. Another very old tree, the "pau branco", an olive tree, still grows in the inhospitable gorges to the north.

Forests start in Madeira above 600 meters, even higher, above 1200 meters, the vegetation consists mainly of heather, ferns and blueberries. The arid soil of the northeastern Ponta de São Lourenço has a different vegetation than the rest of the island. Milk thistle, Mexican poppy and cardoon, also a species of thistle, grow here. A striking feature is the "tuna", a cactus species, introduced from Central America in 1826.

67 fern species thrive in Madeira, 12 of which are endemic. Some levadas are overgrown with snakewort. One of these is the Pride of Madeira, an endemic variety with beautiful blue-violet flowers. 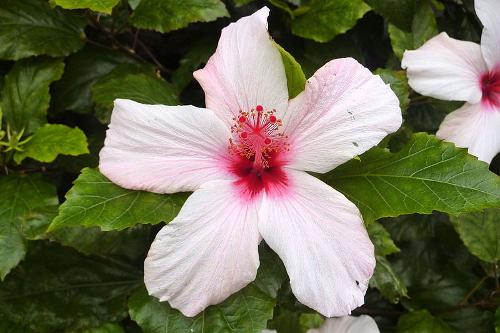 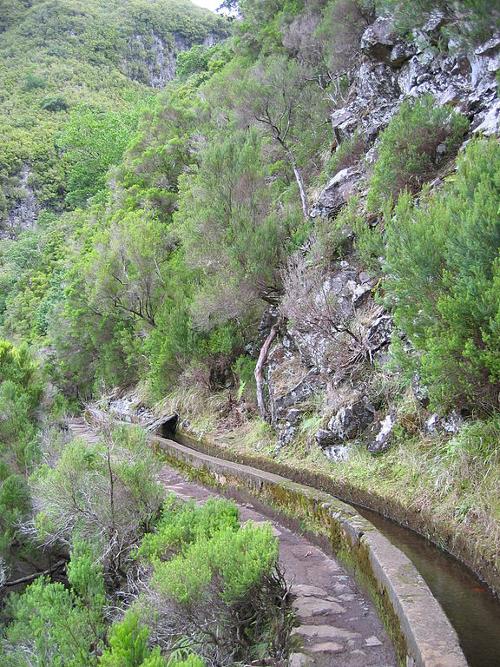 For this growth and flowering explosion of all these beautiful flowers and plants, narrow channels carved out in the mountains lead the rainwater to places where it hardly rains. Here, the water is distributed by a "levadeiro", which distributes the water to the different landowners and maintains its part of the canal. These unique irrigation channels, called "levadas", reach all corners of the island and are mostly dug by hand. The levadas are fed by springs and reservoirs, gigantic basins high in the mountains. The system is thousands of kilometers long in total. Without the channels - the smallest are no wider than 20 centimeters - the south side of the island would look withered in the summer.

The construction of the system started around the year 1500, and its construction was a gigantic and dangerous job. Some canals have been carved into sheer cliffs, hanging on ropes by workers. Narrow walkways have been created next to the levadas, which are used for maintenance work. Over the years, the levadas have acquired a second function as a domain for hikers, who should not have a fear of heights! 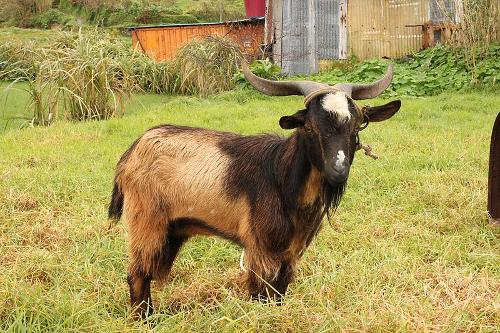 Large wild animals are rare in Madeira. Wild goats, hedgehogs, partridges, quail and rabbits are noteworthy. The only reptiles are the very small lagartixa lizards, a type of wall lizard. There are also about a thousand insect species and two hundred bird species, including the green canary, from which our house canary descends. In addition, Madeira also includes: buzzard, falcon, firecrest and chaffinch. Bats are among the oldest indigenous inhabitants of Madeira. 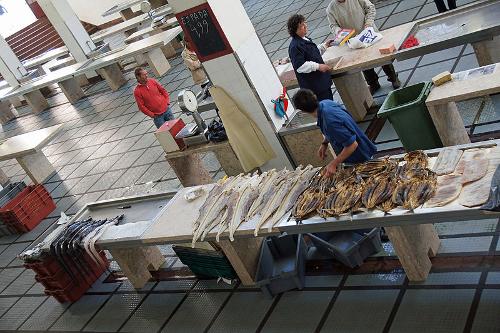 Espada and Bacalhau are popular fish on MadeiraPhoto: Allie_Caulfield CC 2.0 Generic no changes made

Cod or 'bacalhau' is the Portuguese popular food par excellence, and tuna is also widely eaten by the population. The most famous fish in Madeira is the "espada", the black swordfish, which is only caught in the deep sea off Madeira and Japan. Around the Madeira archipelago the following are also caught: swordfish, marlin, shark, mackerel, sardine, parrotfish, bream, perch, barbel and the white swordfish. As for shellfish, the napa snail 'lapa' is a specialty on the menus. Trout are also bred in the Ribeiro Frio river. Madeira's first protected underwater nature reserve, the "Reserva Natural de Garajau", extends off the east coast. 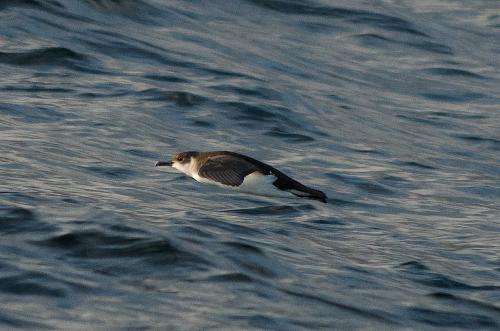 Deserta Grande, one of the islands of the Ilhas Desertas, is home to a rare, highly venomous black wolf spider. In 1990 the island was declared a nature reserve, and from an observatory a number of biologists are trying to preserve the flora and fauna of the island, in particular the colony of monk seals on the island. Among the many bird species are the Kuhls Shearwater, the Arctic Shearwater, the Small Madeirenzer Shearwater or Bulwer and the Downy Madeiran Petrel.