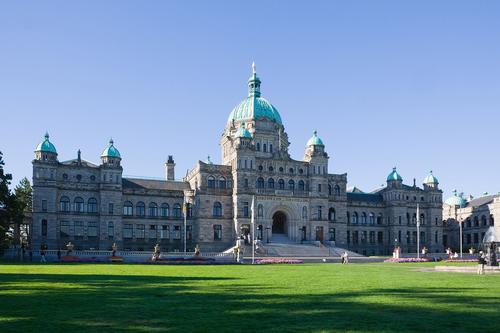 Canada's ten provinces and three territories are part of a federation whose form of government is parliamentary democracy. Canada is an independent constitutional monarchy within the British Commonwealth and comprises a Crown, a Senate and a House of Representatives or House of Commons following the British (Westminster) model.

Canadian law recognizes the King or Queen, in this case Elizabeth II, as head of state. All federal laws are passed in the name of the King or Queen. Furthermore, it is mainly a ceremonial function.

The Governor General is the permanent representative of the King or Queen in Canada. The Governor-General is in principle appointed for a period of five years by the head of state on the advice of the Prime Minister of Canada. The Senate studies, amends, and rejects or accepts bills passed in the House of Commons. The Senate can also introduce bills itself, but they must not cost public money or have to do with taxes, that is only the prerogative of the House of Representatives. No bill can become law without being reviewed by the Senate. Senators also study important social, legal and economic matters on committees. One of the Senate's other duties is to safeguard the interests of all Canadian regions, provinces, territories and minority groups.

The 105 seats of the Senate are distributed in such a way as to do justice to the size of the region. Senators are appointed by the Governor General on the intercession of the Prime Minister and may remain in the Senate until the age of 75. 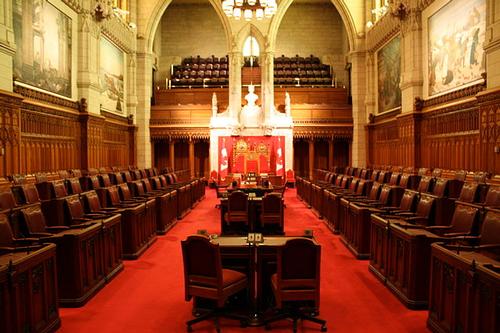 The House of Representatives

To become a member of the House of Commons one must first participate in one of the 338 regional elections, 'constituencies' or 'ridings'. The candidate with the highest number of votes goes to the House of Commons, even if less than half of the votes are obtained. 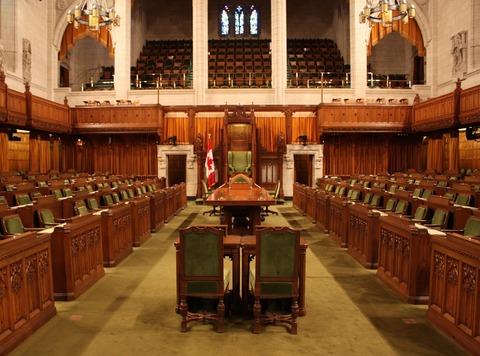 In 1982 a constitutional amendment was passed (Constitution Act 1982) which gave the Canadian Parliament the power to make changes to the Constitution itself without the prior consent of the British Parliament. Amendments to the Constitution require a decision from the federal parliament and seven provinces (together more than 50% of the population). Regional representation applies in the Senate and the 105 members are appointed by the Prime Minister, just like in Great Britain. The political weight of the Senate is quite small because the government decides on the candidacy of the Senate members. In addition, the Canadian cabinet is only answerable to the House of Commons, not to the Senate. The Senate is mainly concerned with amending bills.

The polity has a federal structure; each province, including British Columbia, has its own constitution, a Lieutenant Governor nominated by the Governor General who is nominated by the federal cabinet, and a unicameral Legislative Assembly.

Since 2002, British Columbia has been the first Canadian province to hold parliamentary elections for the Legislative Assembly of British Columbia on a fixed day. These elections take place every four years on the second Tuesday in May. The next elections will be held on Tuesday 9 May 2017.

The number of parliamentary seats has increased over time from 25 before the first election in 1871 to the current 85 seats.

Canada is quite complicated legally. Statutes issued by the Federal Parliament are valid throughout the country; laws of the provincial legislature apply only in that province. Therefore, there are major differences in laws and regulations from province to province – insofar as they concern matters that fall within the competence of the province, of course. Criminal law is a federal matter and therefore the same throughout Canada.

Joseph Martin was Prime Minister for only 106 days, W.A.C. Bennett was the longest-serving prime minister to date at over twenty years and the only one to serve in four different cabinets. Kim Campbell of Port Alberni, though only five months in 1993, was Canada's first female Prime Minister and also the first British Columbia resident to ever hold the position. The current Prime Minister of British Columbia is Christy Clark, who was sworn in on March 14, 2011. 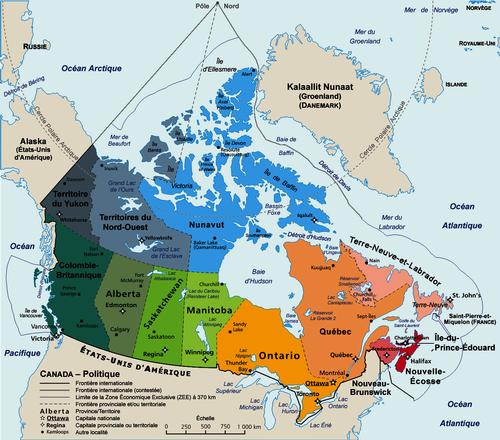 Since 1999, the federal state of Canada (established on July 1, 1867) has consisted of ten provinces and three 'territories'. Each province has a high degree of autonomy, which is reflected, among other things, in the power to regulate local government itself. Furthermore, it is largely self-sufficient in areas such as prison services, education, health care and taxation. The Crown is represented in each of the provinces by a Lieutenant Governor.