British Columbia in general has a lush flora, with many different species depending on location, climate and the influences of human habitation. The exuberant summer display of beautiful wildflowers in a variety of hues is almost unparalleled in North America, but British Columbia is best known for its splendor of trees, which are among the largest and most majestic in the world.

Giant elderberry, British Columbia's provincial tree, sitka spruce, hemlock, and Douglas fir are the predominant tree species in the humid coastal region. The giant life tree was important to the original inhabitants of this region, they used the tree for making canoes, clothing, medicine and totem poles. Canada's largest tree, a sitka spruce known as the Carmanah Giant, is about 95 meters high, several hundred years old and is located in the Carmanah Valley in western Vancouver Island. Other places where many giant old trees can be seen are on the Ancient Rain Forest Trail near Prince George and near Yakoun Lake in the Queen Charlotte Islands. 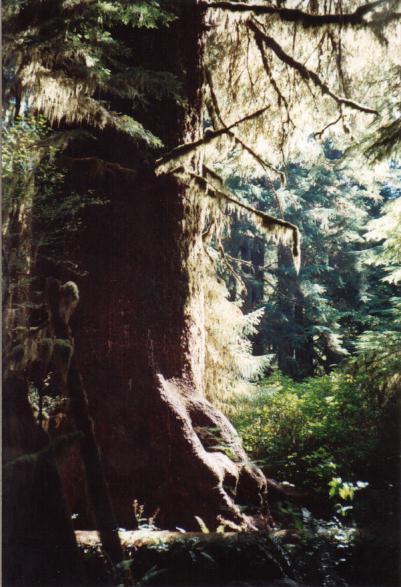 Also characteristic of the coastal region of British Columbia is the Arbutus menziesii, a tree species of the heather family, which occurs along almost the entire west coast of North America, from British Columbia to Southern California. Also called 'madrona' or 'madrone', this tree is an evergreen tree with a striking orange-red bark, twisted branches and thick, glossy dark green leaves. Beacon Hill Park on Vancouver Island is home to rare Quercus garriana oak trees, some of which are over 400 years old.

The temperate rainforest includes Douglas firs that can grow more than 90 meters high and 500 years old. Kootenay National Park has a wide variety of habitats. In the valley of the river Kootenay are alpine meadows and moist coniferous forests, while in the warm Rocky Mountain Trench (disc) cacti grow. Near Fernie is the oldest (approx. 400 years) poplar forest in the world, but only discovered in 1993.

The rare orchid species Cypipedium can be found in the swamps of Muncho Lake Provincial Park. The rare swamp arum is found in Mount Revelstoke National Park.

The Gwaii Haanas National Park Reserve includes ancient rainforest including 1000-year-old Sitka spruces. Stanley Park in Vancouver is a beautiful forest of cedars, Canadian pines and Douglas firs, and with over 400 hectares is the largest urban park in North America. Lighthouse Park is one of the most beautiful parks in Greater Vancouver, with one of the last places in Canada to still have pristine rainforest with over 800-year-old trees. Banana snails up to 30 cm long crawl around on the forest floor. The plant symbol of British Columbia is the Canadian dogwood. 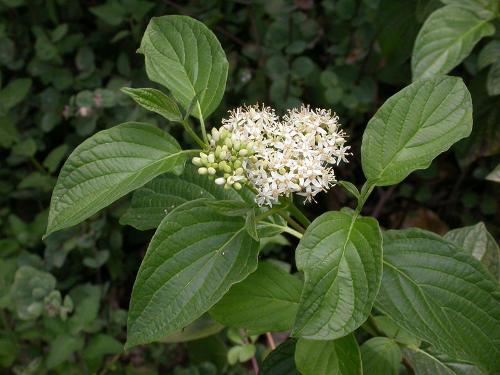 Disastrous for the coniferous forests in Canada, and therefore certainly for British Columbia, is the pine beetle Dendroctonus ponderosae (mountain pine beetle). This five millimeter small beetle lays its eggs under the bark of the coniferous trees. During this activity, he creates a fungus that paralyzes the passage of water and nutrients. Moreover, the larvae of this beetle are fond of tree bark, with the result that the trees die after only a few weeks. This ecological disaster has ensured that approximately 160,000 km2 of forest in British Columbia has died in less than twenty years. 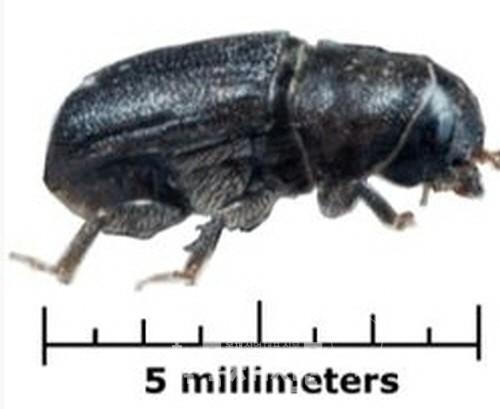 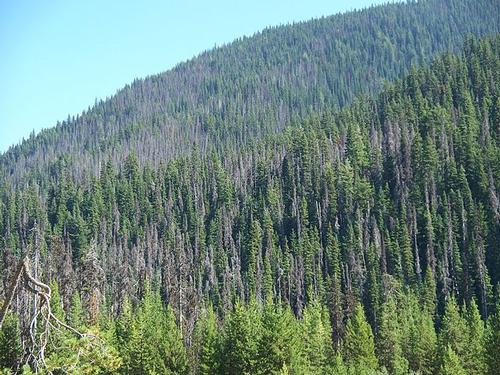 Devastating effect of the Dendroctonus ponderosae in the E.C. Manning Provincial Park, British ColumbiaPhoto: Jonhall at English Wijipedia CC 3.0 no changs made

A dangerous plant, because poisonous, is poison ivy or poison ivy, which can cause allergic itching, inflammation and then ulcers after contact. The poison ivy, which also occurs in the (Northern) Netherlands, is a shrub from the wig tree family.

Due to its geographic and climatic diversity, British Columbia has a rich fauna that includes more than 160 terrestrial mammal species, 500 bird species, 500 fish species, 20 reptile species and 20 amphibian species. Approx. 100 species, including most of the whales, the burrowing owl (also called shoco or burrowing owl) and the Vancouver Island vancouver marmot from the squirrel family are on the list of most endangered animals. Most ecosystems are in southern British Columbia, but that's where most people live, increasing the pressure on those ecosystems.

A special fauna can be found on the Queeen Charlotte Islands, with unique subspecies of the pine marten, Queen Charlotte fish otter, stag mouse, American black bear and ermine. Unfortunately, imported animals like beaver, raccoon, rat and sitka deer are putting pressure on these unique species. Approx. 15% of all British Columbia's nestlings are found in the Queen Charlotte Islands, including Canada's only puffin nesting site. Also remarkable is that about 30% of all silver auks in Canada breed on the islands, and the world's largest colonies of Peale's peregrine falcons and black-footed albatrosses. Roderick Haig-Brown Provincial Park is still one of the few places in the world where a subspecies of the swan-necked grebe breeds. 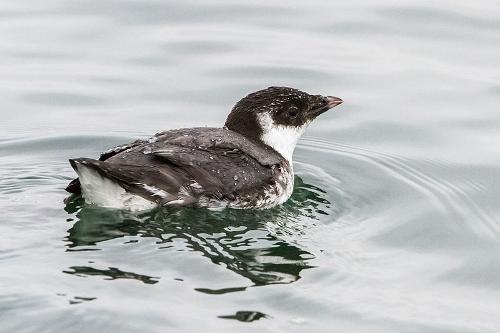 Also special are two subspecies of the mule deer, the black-tailed deer and the sitka deer. Other large mammals native to British Columbia include the bighorn sheep, cougar (also called mountain lion or silver lion), Roosevelt's wapiti, endangered Dalls or dunhorn sheep, white-tailed or Virginian deer, coyote or prairie wolf, mountain caribou, American hare, and the largest deer in the world, the moose. Albino raccoons are found on Newcastle Island, one of the Gulf Islands.

The British Columbia wolf, a subspecies of the gray wolf, can be found on both mainland British Columbia and the islands off the coast. Ongoing scientific research has led to the belief that they are two genetically different species, whose diet consists mainly of fish and that of the mainland from land mammals. 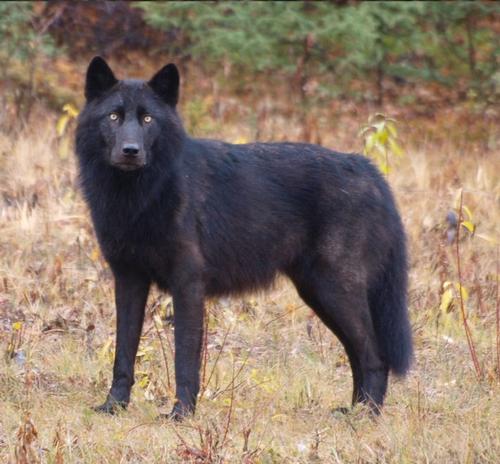 Whales are an integral part of British Columbia's marine fauna. For example, several tens of thousands of gray whales migrate twice a year, from October to December to Mexico and from February to May to the northern Bering and Chukchi Seas. Not so great in number but very striking are the orcas, some groups of which live permanently off the coast of Vancouver Island, others live along the coast as far as northern British Columbia. Other common marine mammals are porpoises or round-beaked dolphins, dolphins, seals, otters and the largest species of the eared seal family, the Steller sea lion. 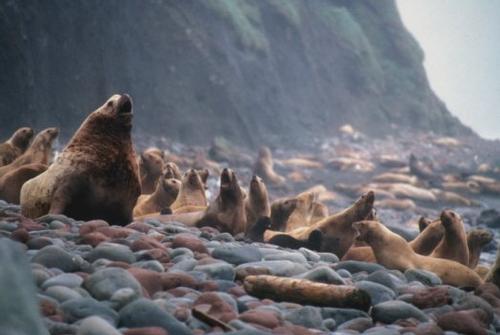 Special sea creatures are the giant carrion, a species of squid, the great blue shark and the Anarrhichthys ocellatus, a type of wolffish.

Of the more than 500 bird species, the Steller's jay is famous in British Columbia, so it's no surprise that it was declared the official provincial bird not too long ago. 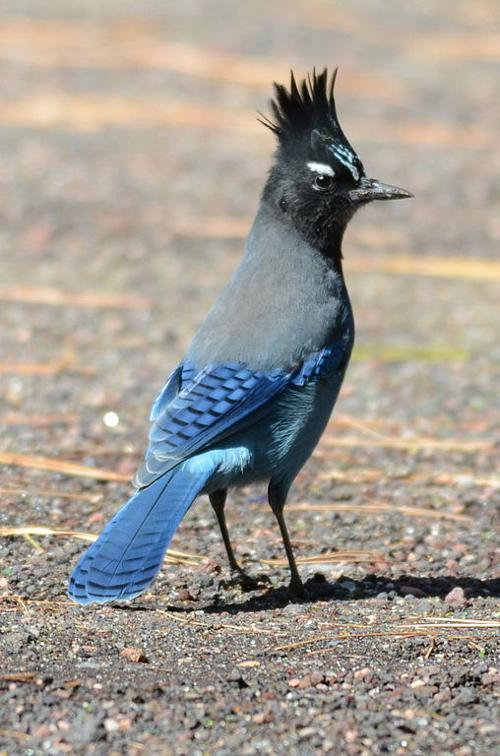 Notable birds of prey include the American or white-headed sea eagle, golden eagle, American eagle-owl, saw owl and peregrine falcon. The sea around the Queen Charlotte Islands is home to the largest population of bald eagles in all of British Columbia. Howser, on the north side of Kootenay Lake, is home to North America's largest colony of ospreys, approximately 100 pairs.
The small and shy Harlequin ducks can be found in fast-flowing rivers and in the surf of the ocean. The George C. Reifel Waterfowl Refuge on Westham Island is home to Canada's largest population of waterfowl, over 240 species, including snow geese.

Other snakes are the special Hypsiglena torquata deserticola, a nocturnal animal; the Crotalus oraganus oreganus, a rattlesnake; the northwestern garter snake found in southwestern British Colmbia and on coastal islands such as VancouverIsland; the rubber boa that comes from the giant snake family (including pythons and anacondas), but only grows to 35-80 cm; the Contia tenuis, a small snake (20-45 cm), no thicker than a pencil and a nocturnal animal; the Thamnophis elegans vagrans, which occurs in southern British Columbia as far as the Peace River District in a northerly direction and on Vancouver Island, the Coluber constrictor mormon, a subspecies of the runner or yellow-bellied snake (50-200 cm), lives in the warm , arid interior of British Columbia. 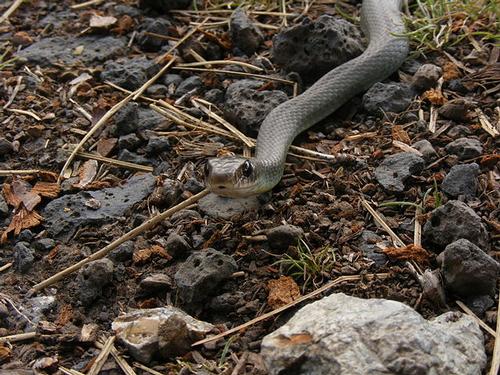