Hungary (officially: Magyar Köztársaság = Hungarian Republic) is a republic in Central Europe, located in the middle of the Danube basin and surrounded by the Carpathians. Hungary is on average 530 kilometers long, 270 kilometers wide and the total area is 93,032 km2. 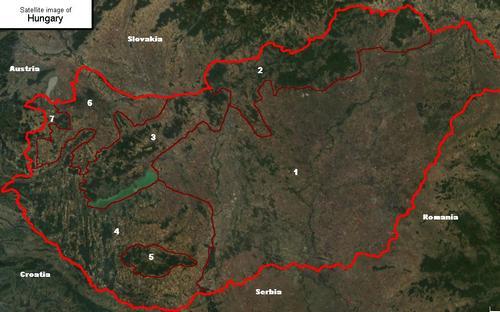 Natural boundaries are formed by four rivers: the Danube and Ipoly in the north, the Drava and Mura in the south.

Hungary consists largely of a plain, the so-called Pannonian Basin, which can be divided into the Nagy Alföld (Great Plain) east of the Danube, Dunántúl (Transdanubia) west of the Danube and the Kisalföld (Lesser Plain) in northwestern Hungary. The landscape is traversed by a long ridge, which runs from the southwest through the Bakony Forest, the Vértes, Börzsöny and Mátra and Bükk mountains to the Zemplén hills in the northeast. 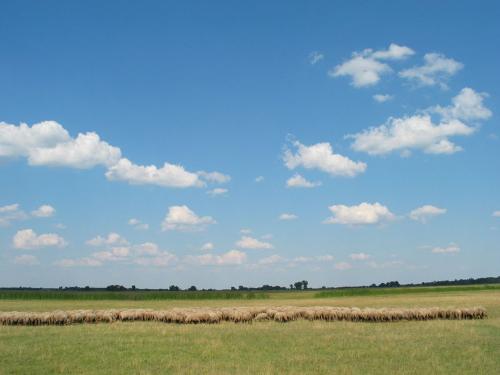 From the north to the south the plain is intersected by Hungary's second river, the Tisza. The Nagy Alföld was in earlier times one vast steppe or “puszta”, sandy heathland with many swamps and salt pans. There are now only two areas left: the Hortobágy National Park (80,000 ha) and the Bugac National Park (16,000 ha). Hortobágy contains the most extensive puszta in Central Europe.

The large-scale regulation of the Danube and Tisza has radically changed the landscape of the Nagy Alföld. Due to economic needs and agricultural development, large areas have been reclaimed.

The south of the Nagy Alföld is also called the “orchard” of Hungary. It is one of the most fertile regions of Hungary on which many cereals are grown.

Dunántúl or Transdanubia extends from the foothills of the Alps to the Danube, and is characterized by many plains and hills. In the middle of this area is Lake Balaton, the largest ‘inland sea’ of Europe with 598 km2. To the north of Lake Balaton are successive mountain ranges: the Pilis-Gerecse massif, the Vértes massif and the Bakony hills. The Felföld or Northern Highlands (Északi Kozéphegység) consists of small wooded mountain groups separated by deep valleys. The highest peak, and also the highest mountain in Hungary, is at 1014 meters: the Kékes-teto. 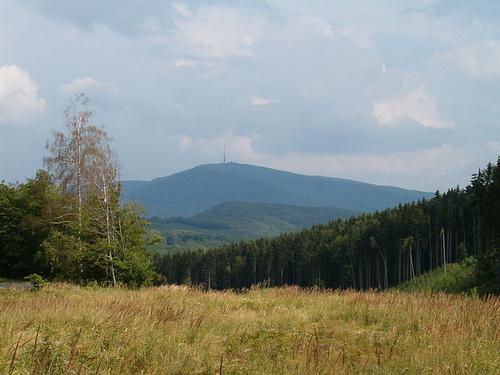 The south shore of Lake Balaton is less steep with some artificial beaches. In the southeast lies the swamp area Kis-Balaton (Little Balaton) with many reed beds. The city of Pécs is situated against the karst massif of Mecsek and because of this sheltered location the city has a very pleasant climate. The Bakony Hills is a wetland area. It is intersected by the Rába and some smaller rivers which flow into an arm of the Danube at the highest of the city of Györ. The Danube changes its course several times here, creating two large islands with the islands of Szentendrei-sziget and Csepel-sziget on Hungarian territory. Furthermore, this is a varied area with creeks, fens, dead river arms and gravel banks.

West of the Kis Alföld is a large, partially reclaimed swamp area. One of the swamp lakes is the Ferto Lake (Neusiedler See), on the border with Austria, where of 322 km2 only 23 km2 belong to Hungary.

The Kis Alföld is one of the greenest areas in Hungary with mostly small farms that have not yet affected the landscape as much as happened on the Nagy Alföld.

Danube at the height of Budapest, HungaryPhoto: Dennis Jarvis CC 2.0 Generic no changes made

The main rivers in Hungary are the Danube (Hungarian: Duna) and the meandering Tisza (Theiss), which flow 410 and 600 km respectively over Hungarian territory. The Tisza, which has its source in the Romanian-Ukraine border region, has caused numerous floods in the past. After the construction of a weir in the Tisza in the 1950s, some of the water through the 98 km long Keleti-fócsatorna (Eastern Main Canal) of this river is tapped for irrigation purposes.

In the southeast of the country only artesian water is present, whereby underground water veins are drilled to get the water up.

The lakes in Hungary are very shallow: Lake Balaton or Platten See (596 km2) on average deep 3 to 4 meters, Lake Velence (Velencei-tó, 26 km2) 1 to 2 meters. Lake Ferto (Neusiedler See, 337 km2), of which only a small part on Hungarian territory, is more of a swamp; the water contains alkaline salts. There are also many salty lakes between the dunes of the Nagy Alföld. 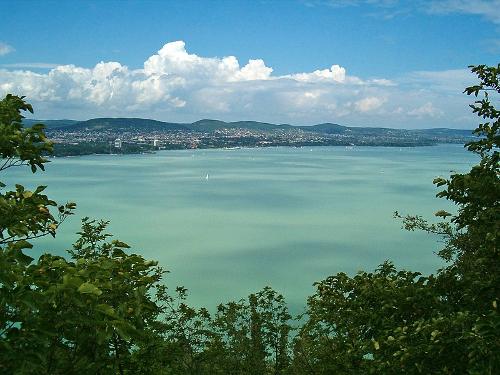 After the capital Budapest, Lake Balaton, the “Hungarian Sea”, is Hungary's biggest tourist attraction. The lake, located in the heart of Transdanubia, originated in the Tertiary. The lake got its current shape 22,000 years ago. The lake is fed with water from many mountain rivers and by one larger river, the Zala.

Lake Balaton has an area of 596 km2, making it the largest lake in Central and Western Europe. Only in Sweden and Russia are even larger lakes. The lake is 77 kilometers long and on average 8 km wide. The depth varies from a few meters to a channel of 12 meters at the height of the Tihany. Due to this shallow depth, the water heats up fairly quickly in summer and freezes quite quickly in winter.

The lake has no natural drainage since the Sío river has been channeled. The drainage is now done through a lock at the place Siófok, which maintains the water level at 104 meters above sea level. In the southwest corner of the lake is the closed Kis-Balaton (Little Balaton), a nature reserve densely covered with reed.

On the shores of Lake Balaton are only a few small villages, there has never been any question of urban formation. The larger towns are Siófok (22,000 inhab.), The unofficial capital of the Balaton district, Keszthely (22,000 inhab.) And Balatonfüred (14,000 inhab.). The tourist centers are located on the south side of the lake because the water is warmer there (’in summer about 25°C) and the beaches are wider. The south bank also slopes more gently; you can enter the water 600 meters before you no longer feel any ground under your feet. The northern shore is much steeper and irregular, but more attractive in terms of natural beauty. In total Lake Balaton has about 130 beaches. 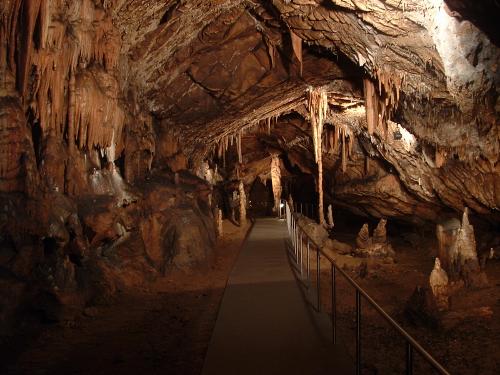 In five national parks, Aggtelek-Jósvafo, Bükk, Budapest, the Balaton Highlands and Southern Transdanubia, caves are open to the public. In total Hungary has about 3000 protected caves, of which 26 are more than one kilometer in length. The largest caves are the Baradia Cave at Aggtalek with a length of 17 kilometers (8 kilometers in Slovakia) and the Pál volgyi cave in Budapest under the Rószadomb district with a length of 11 kilometers.

Budapest is the only capital with more than 30 kilometers of caves. Nine of these are open to the public and five to cavers.