Slovenia (Slovenian: Slovenija; officially: Republika Slovenija), is a republic in the Balkans in Central Europe. Slovenia was the northernmost republic of the former Yugoslavia until independence in 1991. The total area of the country is 20,273 km2. Slovenia is therefore one of the smaller states in Europe. Slovenia is generally mountainous with peaks above 2500 meters in the center and northwest of the country. More than 90% of the country is above 300 meters and the average altitude is 600 meters.

In the northwest are the Kamniške Alps and the Julian Alps with Slovenia's highest mountain, Triglav (2864 meters). Triglav means "three heads", named after the shape of this mountain. The Triglavski narodni park is located around the Triglav.

Other high mountains are: 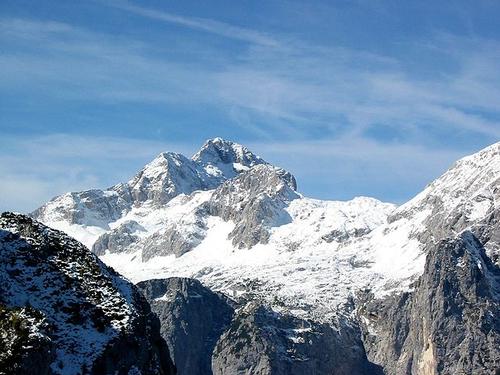 To the southeast the landscape descends and we find hilly plains and wide plateaus (1000-1500 meters). Along the northern border of Slovenia and south of the Julian Alps are mountain ranges such as the Karavanken (above 2000 meters) and the Trnovski gozd (above 1500 meters). East of the Karavanken are the densely forested foothills of the Austrian Noric Alps (up to 1542 m)

The east of Slovenia is becoming flatter and turns into the Pomurje and the Pannonian Plain, which is mainly located in Hungary. In the south and southeast it is hilly in the basin of the Sava and Krka. 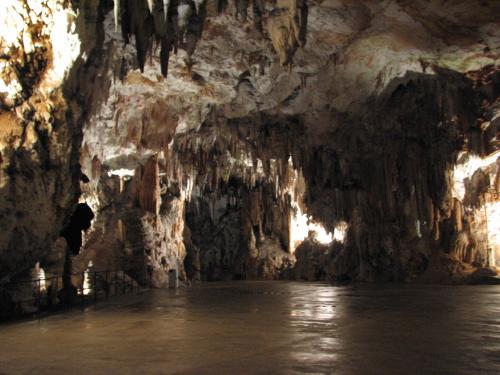 The south and southwest of the country, between the capital Jubljana and the Gulf of Trieste, is famous for the numerous caves or “jamas” that have formed in the porous limestone rocks there. This so-called “Karst” area includes cave systems that are among the most imposing in the world, including those of Postojna Jama and Škocjanske Jama. The Postojna cave system is approximately 20 kilometers long. In total there are about 7000 caves known throughout the country and the deepest goes 1.3 kilometers into the ground.

Some other famous caves are:

Some karst phenomena are: 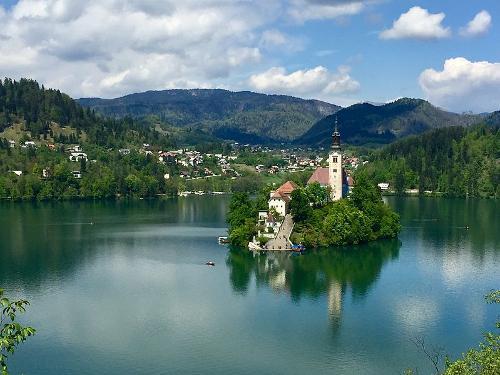 The lakes Bled, Bohinj, Triglav and Krn are beautifully situated. The total length of all streams and rivers is approximately 26,000 kilometers. The longest river in the country is the Sava. It has its source in Ratece, a stone's throw from the Italian border, and runs through the north and the center of the country to Croatia. Other important rivers are the Soèa in the west, the Drava or Drau in the north, the Mura and the Kupa. There are also many freshwater sources, of which about 7,500 are known. Several hundred guarantee excellent mineral water.

Slovenia's coast is rocky and has no natural sandy beaches.