Ljubljana, the capital of Slovenia, combines the best of a modern European capital with the advantages of a small rural town. It is a picturesque, yet very lively and captivating city. The city has an interesting history and various special sights. 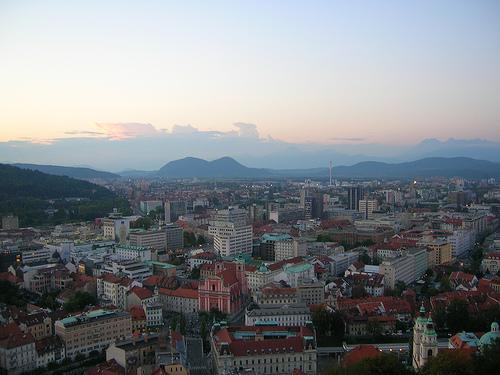 Slovenia is located on the Adriatic Sea in Central Europe. The country borders Italy, Croatia, Austria and Hungary. The Slovenian capital Ljubljana is located roughly in the center of the country at 298 meters above sea level. The city is located on the Ljubljanica River. An hour's drive away are the Alps, the sea and the karst mountains. Ljubljana has about 270,000 inhabitants and an area of 275 km², so it looks more like a small town than a rural capital.

The city has a moderate maritime climate. What does that mean? Winters can get quite cold, especially when the Bora (a fresh northern wind) blows over Ljubljana. In winter there is regular snowfall. Every year it freezes an average of 90 days. Fortunately, the summers provide some compensation, because then the temperatures rise to around 30 degrees. The warmest temperature ever recorded in Ljubljana is no less than 38 degrees. Ljubljana has a large amount of rainfall and there is also frequent fog in the city. The first mention of a city on the spot where Ljubljana is now located was made by Romans who called the city Emona. In the 6th century this city was again destroyed by the Huns. At the foot of the hill where Emona lay, the inhabitants built a new settlement called Luwigana; present-day Ljubljana.

In the Middle Ages, Ljubljana assumed a growing position as a cultural capital. Many Renaissance-style buildings appeared in the 15th century, followed by several Baroque structures. 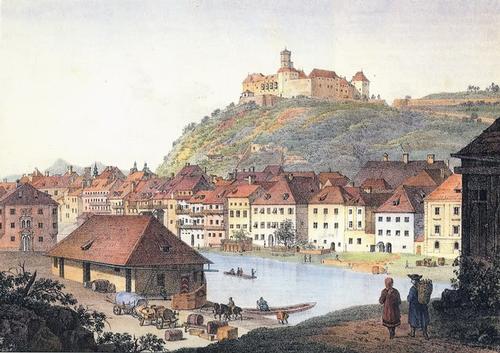 In the era of Napoleon, Ljubljana played a major role. From 1809 to 1813, the city even served as the Illyrian capital. When the railway line between Vienna and Trieste was completed, this meant connecting Ljubljana to the rest of the world.

The First World War marked the end of the Habsburg dynasty and the birth of Yugoslavia, of which Slovenia was a part. During the Second World War, Ljubljana was occupied by Italian and German troops. After the war ended, Ljubljana became the capital of the communist People's Republic of Slovenia. Slovenia grew into the richest country in Yugoslavia. This created the need for independence at the end of 1990. After a referendum and a ten-day war with Yugoslavia, the country eventually became the first independent of the republic. 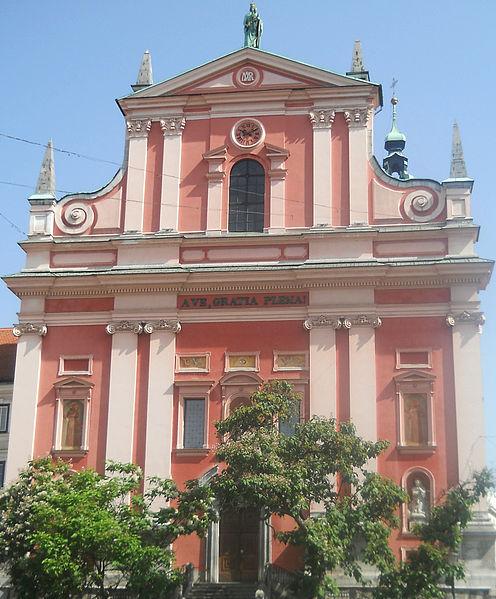 The Franciscan monastery and the accompanying church from 1660 together form an impressive attraction. The structure is located on Prešeren Square, Ljubljana's main square. The monastery was built by the Augustine monks and has become the symbol of the city. You can't miss it because of the beautiful red color of the building. There is a large statue of Mary on the facade. The steps of the monastery are always buzzing with street performers, tourists and residents of the city. 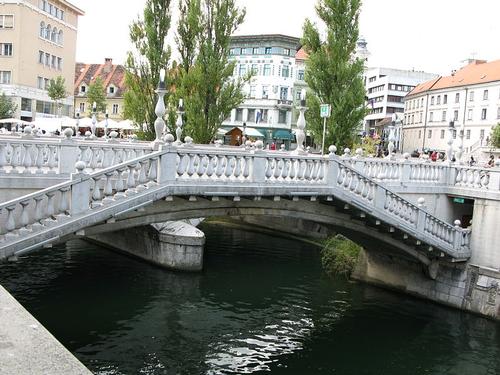 The Franciscan Monastery offers a view of another Ljubljana attraction; the Triple Bridge (Slovenian: Tromostovje) over the Ljublijanica. The bridge connects Prešeren Square with the old part of Ljubljana. In 1842 there was one stone bridge on the site, but Plecnik decided in 1931 to build two more bridges on both sides. 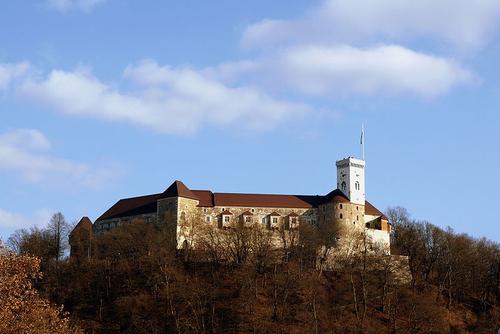 Ljubljana Castle is located on a hill 376 meters above the city. The castle was originally built in the 11th century, but gradually more and more has been added. It is currently a museum on the history of the castle. You can go there by elevator or take a nice steep walk up to it. 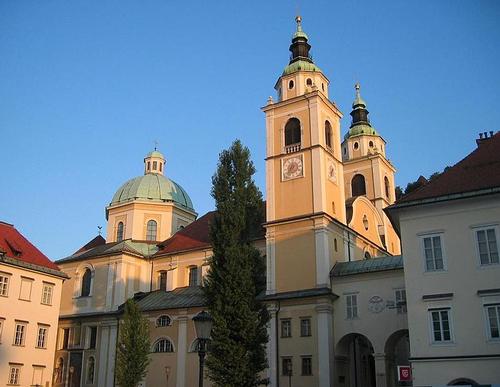 The Saint Nicholas Cathedral of Ljubljana is located in the old town on the Pogarjev trg market square and can be recognized by its yellow color. The church is dedicated to the patron saint of fishermen and shipmen. The church dates from the 18th century and has a yellow color, two towers, a large green copper dome and striking bronze doors.

The National Museum (Narodni muzej) is located just outside the city center. The museum consists of two parts. The first part is about the period from the Paleolithic, through the Bronze Age, the Romans, the Middle Ages up to the 20th century. The other part of the museum houses a coin cabinet, a library and a collection of paintings. The masterpiece is an Egyptian mummy from the 6th century BC. The natural history museum is also located in the same building. 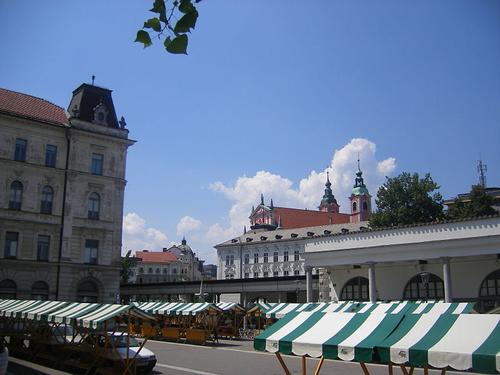 Do you want to taste the authentic atmosphere of Ljubljana? Then it is advisable to go to the Central Market, which takes place every week at the Three-fold bridge. The market is kept under an arcade designed like the bridge by Plecnik. It sells all kinds of items from local foods to handmade furniture. 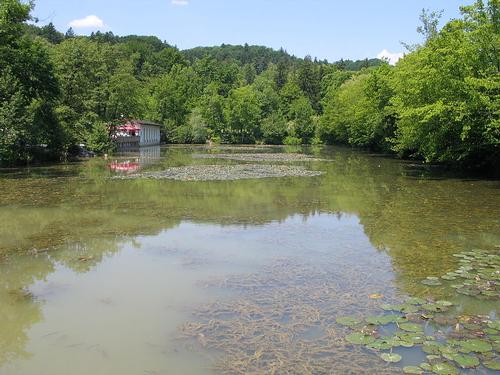 The Tivoli park, the largest park in the city, is an oasis of tranquility within Ljubljana. The park is often referred to as the lungs of the city and is seen as the link between city and nature. You will meet many different people and get acquainted with the relaxed Slovenian atmosphere of Ljubljana. 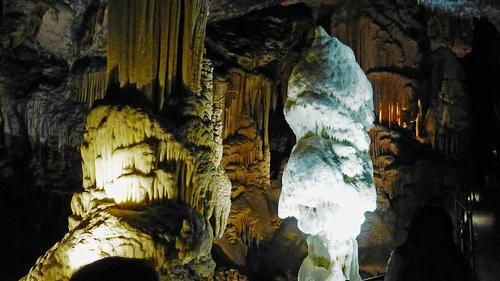 Another tip is to travel to nearby Postonja to visit the Postonja Cave System (one hour travel time). The caves are extremely long (more than 20 kilometers) and are hidden in the Karst Mountains near the town of Postonja. You can take a tour through the caves that lasts approximately 1.5 hours. You first descend into the cave with a train that takes you past beautifully lit stalagmites and stalactites. Then you walk under the guidance of a guide through the most beautiful part of the caves. There is a considerable height difference in the hike, but you will be richly rewarded especially the red, white and spaghetti room are dazzling. At the end of the tour you will see a unique bit of the Elm or the cave salamander. Pushy ticket sellers are standing in front of the entrance who want to sell combination tickets. The advice is to walk undisturbed to the official cash desk to make your own choice. You can also book in advance on the internet.