Romania consists of roughly equal parts of mountain land, high plains and low plains. Despite Romania's mountainous character, the average height is only 350 meters. The highest point in Romania is the Moldoveanu in the Fagaras Mountains (Muntii Fagarasului) in the Transylvanian Alps, at 2,548 meters. In the west lies the Bihor Mountains with the highest peak the Curcubata, 1848 meters. 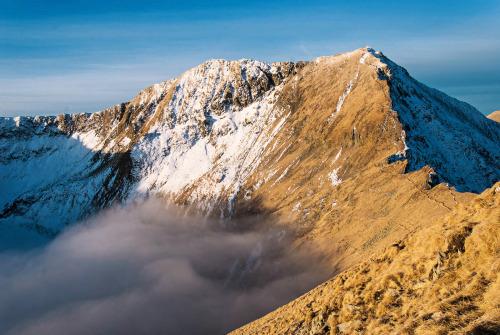 The eastern part of the Wallachian plain is occupied by the cultivated Baragansteppe. In Moldova, the central part of the Eastern Carpathians turns into the Bîrlad plateau. North of this plateau lies the undulating plain of Iasi, south of it the plain of Focsani, which in turn joins the Danube plain with the plateau of Dobruja (Romanian: Dobrogea), a relatively high, hilly coastal region consisting of an ancient eroded rock mass. In the wooded Eastern Carpathians there are some volcanic mountain areas, such as the Muntii Calimani and the Muntii Harghitei.

Romania has different types of soils. Podzol soils predominate in the mountains, peat soils on the high plains and brown forest soils in the various lowlands of Transylvania. In the plains, the chestnut-brown soils and black soil that are characteristic of Eastern Europe developed.

Romania is a country with many dripstone caves and other karst phenomena. 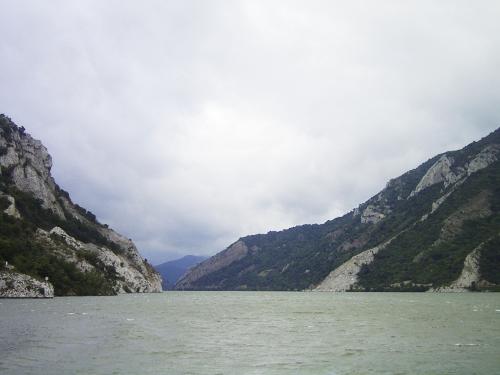 The water balance in Romania is strongly determined by the Carpathians and the Danube (Romanian: Dunarea), whose catchment area covers the whole of Romania. The Danube enters the country at Bazias and flows initially as a fast-flowing mountain river in a 150-meter wide gorge - the Iron Gates or Portile de Fier - between the Banater Mountains and the Balkan Mountains. In Wallachia, the river bed widens and the flow speed decreases sharply. The Danube delta (approx. 5050 km2), the largest delta area in Europe, lies almost entirely on Romanian territory (the rest is in Ukraine) and flows over 1075 km into Romanian territory.

The other rivers in Romania can be divided into three groups, according to origin and direction of drainage. They have in common that they all eventually find their way to the Danube.

The first group rises on the western slopes of the Carpathians and flows to the Tisa (Theiss) or the Serbian part of the Danube. One of them is Mures, whose length in Romania is 716 kilometers and flows from east to west.

The third group consists of rivers that have their source in the Eastern Carpathians and in Moldova and drain to the Danube in a south-easterly direction.

The main tributary of the Danube is the Prut, which has its source in Ukraine, is 950 km long and forms the border with Ukraine for 716 km. 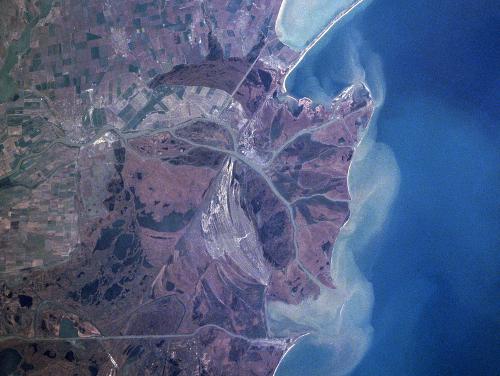 The approx. 3000 lakes are mainly found in the Danube Valley, the Danube Delta, high in the Carpathians and the coastal plain of Dobrogea.

Another common group of lakes is that of the limans (drowned river valleys), which occur both on the coast and along the Danube in Wallachia and are over 30 km2 in size. Large reservoirs are Lacul Vidraru and Lacul Bicaz.