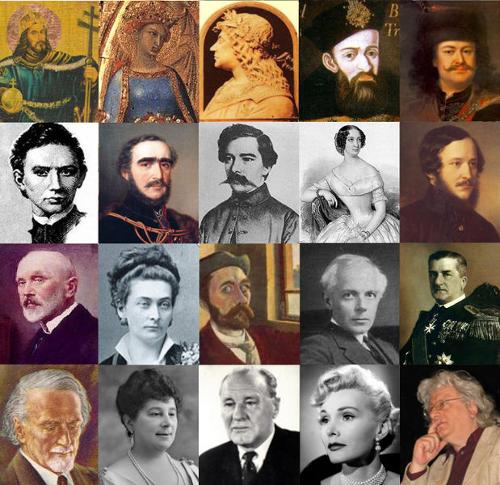 85.6% of the population consists of Hungarians or Magyars. The main minority groups are Germans, Slovaks, Serbs, Croats, Romanians and Roma.

The population is slowly declining due to a low birth rate, a high death rate and an emigration surplus. The growth rate was 0.25% in 2017. Positive are the small decrease in the mortality rate in recent years and the very rapid decrease in infant mortality. Every year, the population is still decreasing by several tens of thousands of people, partly because hardly any people immigrate to Hungary.

Life expectancy at birth is 80 years for women and 72.4 years for men. The composition of the population is as follows:

Due to border changes after the First World War, at the Treaty of Trianon, Hungary lost 70% of original territory and two-thirds of the population at that time. As a result, many Hungarians live in Hungary's neighboring states: in Romania there are more than 2 million people of Hungarian descent, in Slovakia about 700,000, in Serbia;approx. 400,000, in Ukraine approx. 200,000 and in Croatia and Slovenia several tens of thousands. In addition, Hungary, along with Russia, is the European country with the most citizens residing outside their country, about 1.5 million in Europe and in the Americas.

The approximately 100,000 Slovaks and Wends are the oldest minority. They live mainly in the border area with Slovakia and furthermore in the region of Orség between the rivers Rába and Múra.

The approximately 220,000 Germans mainly came to Hungary in the 13th and 18th centuries.

The approx. 25,000 Romanians live in the suburbs of Gyula and the nearby village of Méhkerék.

Approximately 100,000 Serbs and Croats live there. The Serbs live in cities on the Danube, such as Szentendre, Buda, Baja and Ráckeve.

The Croats live in Mohács and in villages along the Dráva.

The approximately 300,000 Roma (gypsies) live spread across the country, but mainly in the northeast. Almost 90% of them now have a permanent place of residence.

As is so often the case, they are not considered a separate people and therefore do not appear in Hungarian statistics. The first Roma settled in Hungary in the 15th century from the north of India and consist of three groups: the mostly Hungarian-speaking Romungros (70%), the Walachian native and initially only Romanesch (gypsy) speaking Walach gypsies (20%) and the Romanian-speaking Beázs Gypsies (10%).

The social status of the Roma, many have no work and are looked at by the Hungarians. Yet many have already built up a good social position and are trying to help others to achieve that too. They mainly live on the outskirts of large cities. In cities such as Miskolc, Debrecen and Nyíregyháza they represent about 15% of the population.