The Ardèche is a department in France, named after the river Ardèche. The Ardèche has an area of 5529 km², is part of the future Auvergne-Rhône-Alpes region (from January 1, 2016) and is bordered by the departments of Drôme to the east, Vaucluse and Gard to the south, Lozère and Haute-Loire in the west, Loire in the north and the well-known nature reserve the Cevennes. About 35 km the Rhône forms the eastern border of the Ardèche. The Ardèche, together with the Cévennes and the Auvergne, forms the Massif Central.

The highest place in the Ardèche is Lachamp-Raphaël at an altitude of 1,320 meters.

The lowest place in the Ardèche is Saint-Martin-d'Ardèche at an altitude of 50 meters.

Location of the Ardèche department in FrancePhoto: Marmelad CC 2.5 Generic no changes made

The Ardèche landscape is a very beautiful area known for its deep gorges or 'gorges', rugged high plains, (dripstone) caves, bare volcanic mountains with round peaks or 'sucs' such as the suc de la Croix de Bauzon ( 1538 m), and extensive (chestnut) forests. More than 30% of the Ardèche is covered by forests that mainly occur on steep slopes and lie at an altitude of between 300 and 1000 meters. The north of the Ardèche is also known as the 'green Ardèche', with extensive grass plains and forests around the capital Privas. The south, 'Ardèche méridionale', is much more wild and has one of the most varied landscapes in the South of France, including the Massif du Mézenc, a volcanic mountain range that forms the continental dividing line between the Mediterranean and the Atlantic Ocean. 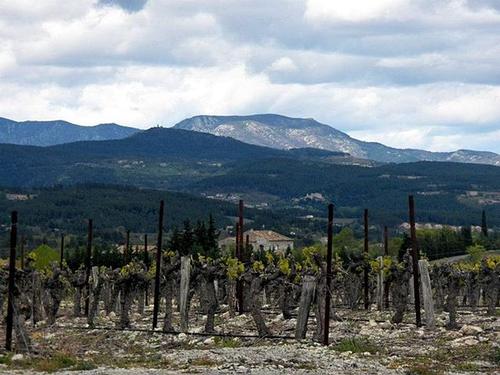 The rounded hill tops that characterize the Ardèche landscape, especially in the low mountain range of the Monts du Vivarais, are mostly of volcanic origin and were created during a period of volcanic activity (12-8 million years ago) in which the Alps also arose. Dome mountains such as Mont Mézenc, with 1754 meters the highest mountain in the Ardèche, Mont Lozère (1699 m), Mont Aigoual (1567 m) and Mont Gerbier de Jonc (1551 m) are examples of mountains with this typical shape. The three other periods in which volcanic activity created the present landscape were between 7.7-6.4 million years, between 1.5 and 0.5 million years, and between 80,000 and 12,000 years ago.

Other scenic volcanic features which are common in the Ardèche are gorges such as the Gorges de l'Ardèche with the famous Pont d'Arc at Vallon-Pont-d'Arc, lava plugs or 'necks' and water-filled round wells or 'calderas'. There are also several horizontally accessible caves and 'avens' or 'abîmes', natural funnel-shaped karst pipes created by the action of carbonated rainwater on the soft limestone, such as Aven d'Orgnac, Grottes de Saint-Marcel and Grotte Chauvet Pont d'Arc, which is 500 meters long, 30 meters wide, 10 meters high and was only discovered in 1994. Naturally, the inevitable dripstone curtains, stalactites and stalagmites also arise in these caves, and where they touch each other pillars or columns are formed. Some important cavers are Édouard-Alfred Martel from the late 19th century and Robert de Joly and Jean-Marie Chauvet from the 20th century. 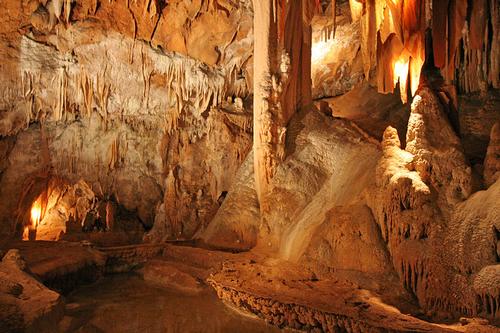 The Ardèche has more than 5000 km of different types of waterways. The most famous rivers of the Ardèche are the Rhône (in total 812 km) and the fast-flowing Ardèche (125 km), which flows over a length of about 30 km through gorges with cliffs up to 300 meters high. The Ardèche has its source in the Massif de Mazan at an altitude of 1467 meters and flows 125 km further, above the Pont-Saint-Esprit at an altitude of 50 meters, into the Rhône, which has its source in Switzerland.

In the In autumn and early spring, the water of the Ardèche can rise more than 20 meters in a few hours at high tide, a European record. The 66 meter long natural arch Pont-d'Arc has been carved out by the Ardèche. 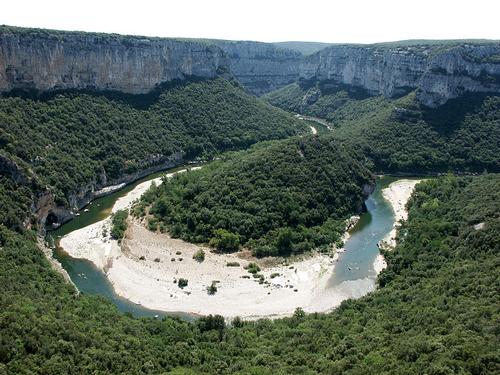 The Ardèche meanders through the landscapePhoto: Jean-Christophe BENOIST CC 3.0 Unported no changes made

There are also the Chassezac (85 km), the Eyrieux (83 km), the Ibie (33 km) and the Doux (70 km), the largest tributary of the Rhône. In addition, at an altitude of 1400 meters, at the foot of Mont Gerbier-de-Jonc, the longest river in France, the Loire, has its source. Underground mineral and thermal springs originated in the porous volcanic rock. Some well-known health resorts are Vals-les-Bains, which has more than 140 cold water springs (13°C) above ground that have been exploited since 1600, Neyrac and Saint-Laurent-les-Bains.

Special is also the Cascade du Ray-Pic, a waterfall that plunges down several stairs with a length of approx. 60 meters. A rare physical phenomenon occurs in the Grotte de la Mofette near Neyrac-les-Bains, where carbon dioxide comes to the surface.

Of the nine national parks and 46 regional parks in France, the Ardèche has one national in its territory. park, Parc National des Cévennes, and two regional parks, Grands Causses and Parc Naturel Régional des Monts d'Ardèche, of which the south is called the Bas-Vivarais and the north the Haut Vivarais. 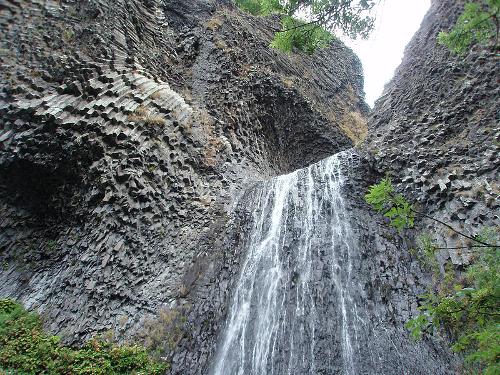