For Florida, the past seventy years have been dominated by immigration. Before World War II, Florida was the least populated state in the United States with only about two million inhabitants; Florida is currently the fourth state in terms of population. Population growth was spectacular in the 1970s with an increase of 44% and in the first decade of the 21st century it was still about 17%, a total of about 3 million people. Florida has 19.9 million inhabitants (2017) and the average population density is 140 inhabitants per km2. About 85% of the population lives in urban areas. The largest population centers are: Jacksonville (also the largest city in the United States with about 2000 km2 in size), Miami, Tampa and St. Petersburg. Five of the largest cities in Florida are in the top 20 fastest growing conurbations in the United States. 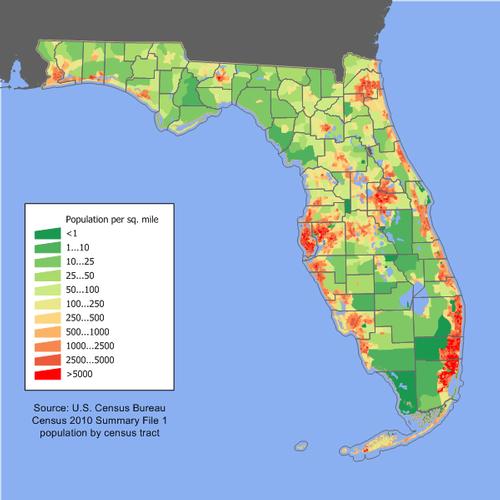 Florida has an enormous cultural diversity, although the Indians have almost completely disappeared since the eighteenth century. Due to the influx of Cubans and other people of Caribbean descent, southern Florida, especially Miami, has a very diverse population. Statewide, some 16.6 percent of the population is black and another 23.2 percent are of Hispanic (Hispanic) background. Florida ranks fourth in the largest minority population (7.9 million) and ranks first as the state with the most foreign-born residents (3.5 million). In Miami, 60% of the population was foreign-born and approximately 700,000 people are illegal immigrants.

Only 0.5 percent of the population is of Native American descent. The Greater Miami region is home to more than six million people and Miami is the only major city in the United States where Hispanics are in the majority, with more than 900,000 expatriates from Cuba and the United States since the mid-1950s and early 1960s alone. also many emigrants from Central American, South American and Caribbean countries such as the Bahamas, Dominican Republic, Colombia, El Salvador, Peru, Jamaica and Haiti. Little Haiti, in Miami, is home to about 70,000 Haitians, the entire city has about 200,000 Haitians. Over the years, small waves of Asian immigrants have also moved to Florida from China, Indonesia, Thailand, and Vietnam. Many Jews immigrated to South Florida. 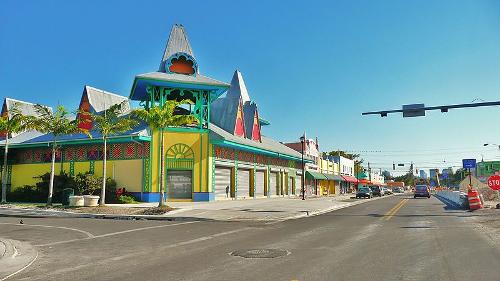 The many islands of the Florida Keys, most of which are uninhabited, have less than 100,000 inhabitants together. The largest island, Key Largo, is home to about 12,000 people. The most southern inhabited island, Key West, has approximately 25,000 inhabitants.

Florida has a relatively old population, more than 3 million inhabitants are over 65, and that is about 17% of the population (United States about 13%). Due to the mild climate, more and more elderly people from other American states are coming to Florida. The population of Citrus County has an average age of about 53 years, on the Gulf Coast one in three residents are retired, and in southern Florida one in two is retired.

No direct descendants survive from the original Native American tribes, the Tequesta, Calusa and Timucuan. Direct descendants of the Seminole and Miccosukee, who migrated north to Florida from Alabama and Tennessee during the Indian Wars of the 19th century, still live in several reserves.

At the time of the Spanish discovery of America, it is estimated that approximately 100,000 Indians lived in present-day Florida. Among them were the Calusa, a warlike people who built canals, built shell pyramids, and used shells to build paths and squares. The Calusa culture, hunters and gatherers, flourished between AD 500 and 1000, but they lived at least from 5000 BC. in Florida. They traded with Cuba and the Mexican Yucatan. The Calusa culture was brought to a bloody end by the attacks from the north of the Creek Indians. By the middle of the 18th century all Calusa had been wiped out. 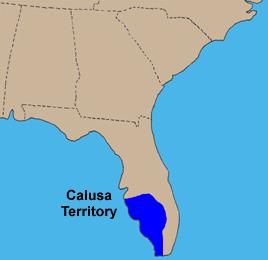 Against all oppression, the Seminole and Miccosukee tribes flourish in the same place as their illustrious predecessors, the swamps and grasslands of the Everglades.

Miami, 'capital of the Americas'

Although Miami is of course inseparable from the United States, this metropolis is widely regarded as the 'capital of the Americas', 'Center of the New World' or the 'Latin American capital of North America'. In a country where Latinos are the largest minority, Miami takes the cake for pan-Latin ethnic diversity. For example, around the turn of the century, the western neighborhoods of Hialeah Gardens and Hialeah were the two neighborhoods in the United States where Spanish was the first language (about 90% of the population).

Most Latinos were political refugees, including educated Cubans who fled dictator Batista in the mid-1950s and early 1960s from Fidel Castro's regime; and Venezuelans fleeing President Hugo Chávez and his predecessors. In the eighties of the last century another 125,000 Cubans fled to Florida, this time they were often poorly educated. Brazilians and Argentines fled the economic chaos in their countries, Mexicans and Gualtemecans were and are looking for work.

All of this has led to a significant growth in the number of Latin American companies in Miami, providing a boost to the local economy. In addition, Miami is home to many headquarters of major Latin companies, including Lan Chile, an airline company, Televisa, a Mexican television conglomerate, and Embraer, a Brazilian aircraft manufacturer. Telemundo, one of the largest Spanish-language broadcasters in the United States, also broadcasts from Miami and MTV Networks Latin America and the Latin arm of Universal Music Group work in the same industry. And in Miami, the Billboard Latin Music Conference & Awards are held and presented annually.

Cubans have a profound influence on local and international politics in Miami. Conservative refugee groups are often characterized as extreme, and many refuse to move to Cuba as long as the Castro family is in power. The newer generations (Young Urban Cuban Americans) have a much more nuanced view of this. 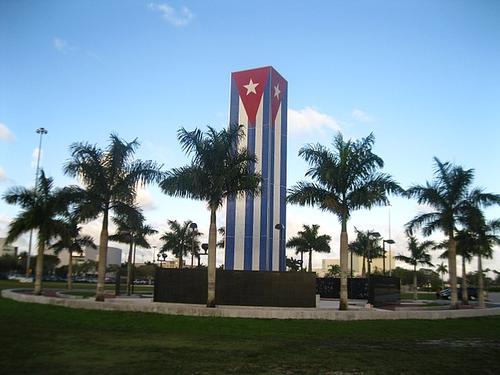 Never Forget Monument 'in Miami, Florida for victims of the Castro regime in CubaPhoto: Ivan Curra CC 3.0 Unported no changes made

In 1982, a roadblock was erected on the bridge to Key West (US Highway 1 at the Last Chance Saloon) to arrest illegal immigrants and drug smugglers. The traffic jams that arose got longer and tourists pulled out en masse. The angry citizens of the Lower Keys resolved to secede from the United States and proclaimed the Conch (pronounced konk) Republic. After the peace had returned, it soon became clear that it was all not really serious. Nevertheless, Independence Day is celebrated every February. Flag of the Conch Republic, FloridaPhoto: Jmckean, CC 3.0 Unported no changes made