Florida has more than 4000 plant species, nowhere else in the United States are there more. Below is a very small selection of more or less special types: 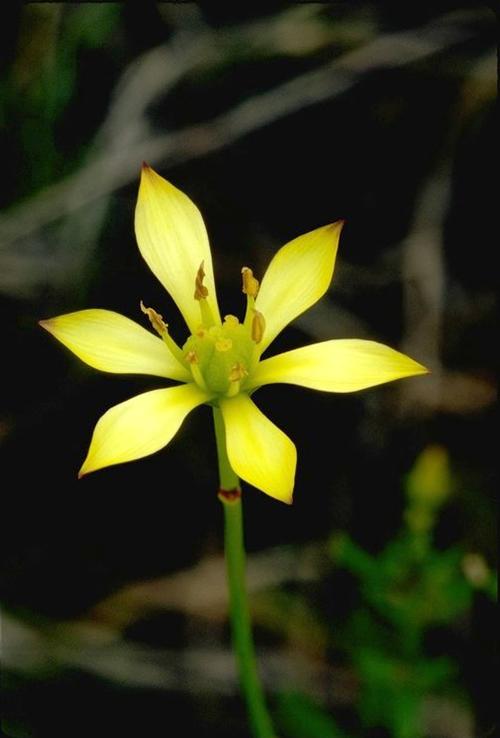 Typical for the Everglades are the endless reed grass plains, interrupted by 'hardwood hammocks', hilly 'islands' overgrown with (hardwood) trees typical of the Everglades, but also many tropical plant species, including the poisonous poisonwood (Metopium toxiferum, also Florida poisonwood or hog gum) and pokwood trees.

Northwest of the Everglades lies the Big Cypress National Reserve, a 600 km2 nature reserve with gigantic numbers of pond cypresses and swamp cypresses up to 30 meters high. The uninhabited islands on either side of the Ocean Highway are often of great botanical importance. For example, there are 133 native tree species on the island of Lignumvitae Key alone.

Three types of mangrove are found along the west and south coasts and in the Florida Keys of Florida, which thrive in the brackish water: red, white and black mangrove. In addition to mangroves, palms, mahogany trees, gumbo-limbo trees and dogwood trees grow on the Keys, which are covered with a thin layer of solid soil. Bahia Honda State Park on Big Pine key has the largest stock of silver palm trees in the United States.

In the oak and hardwood trees of North and Central Florida, Spanish moss hangs from the branches, a rootless epiphyte of the bromeliad family that absorbs water and nutrients from the air and raindrops. 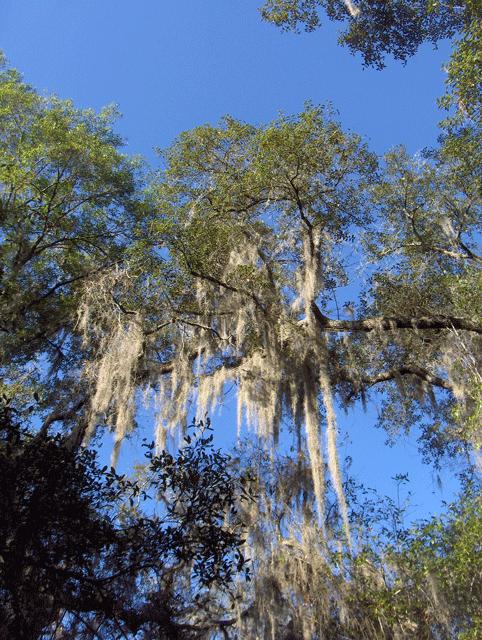 Spanish moss is found in the forests of FloridaPhoto: Howard Homer Price CC 2.0 Generic no changes made

The wetlands are home to hundreds of years old bald cypress trees, along with ferns, lilies, wild orchids, including 44 native species alone, and many varieties of bromeliads. In the middle of the Corkscrew Swamp Santuary, located in Southwest Florida, is North America's oldest bald cypress forest, with trees that are over 600 years old and about 40 meters high.

Special is the paurotis palm, a fan palm that occurs almost exclusively in the Everglades. Other special tree species are lime tree, tamarind, 'pigeon plum tree' (Coccoloba diversifolia) and gum tree or 'sapodilla'.

A special feature is the indigenous gumbo-limbo tree (Bursera simaruba, also called copperwood, chaca or turpentine tree), up to 30 meters high, a species that only occurs in South Florida in the United States, its bark is regularly renewed and all year round bears fruit, but especially in March and April. The tree is also called 'tourist tree', after its red color, which resembles the color of tourists burned in the Floridian sun. The tree is very resistant to strong winds, even hurricanes hardly affect the tree. 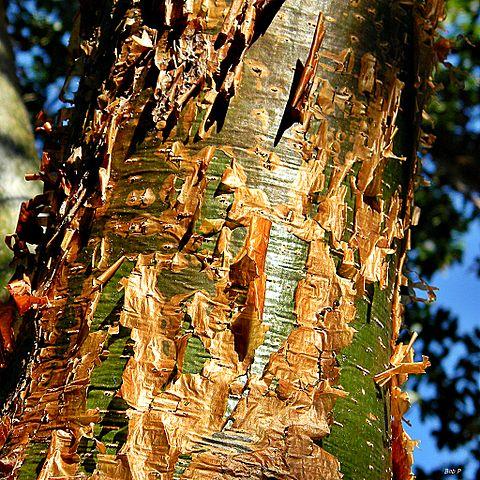 Bark from the gumbo limbo tree is peeling, native to South FloridaPhoto: Bob Peterson CC2.0 Generic no changes made

Along the coasts of Peru, Brazil, but also those of Florida, the beach grape or sea grape can be found, an evergreen plant of the knotweed family that is up to 15 meters high at normal temperatures and rainfall. The plant is resistant to wind and salt, has hard, leathery leaves, small creamy white flowers and small fruits with sweet-sour flesh.

Typical of Florida are more than 1 million American alligators and beaked crocodiles living in Florida wetlands and swamps. The American or Mississippi alligator lives only in the southeast of the United States, in addition to Florida also in the states of Alabama, Arkansas, North and South Carolina, Georgia, Louisiana, Mississippi, Oklahoma and Texas. The animal grows to 3-4.5 meters long (females are considerably smaller) with outliers of more than five meters, has 74-80 teeth that have a bite force of almost 150 kg per square centimeter and weighs up to 450 kg. 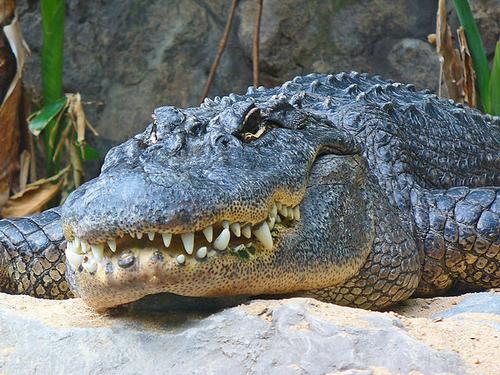 American alligator, Florida and some other US statesPhoto: H. Zell CC 3.0 Unportedno changes made

The beaked crocodile is found in the United States only in the very south of Florida and in many countries of Central America and some South American countries. This crocodile species grows to about five meters in length, possibly much longer, and here too the females remain considerably smaller. The number of teeth in the typical narrow mouth is 66-68. 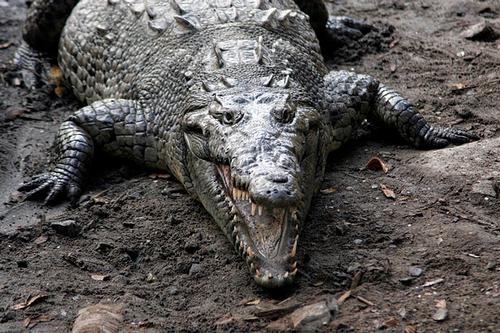 Some 600 species of fish live in the coastal waters and the Everglades, including about fifty shark species such as sand or sand tiger shark, blacktip shark, sandbar or great finned shark, nurse or nurse shark and Atlantic sharpnose shark.

500 bird species can be found in Florida, some 350 in the Everglades alone, with the 'ahinga' or American snake-neck bird, waders such as blue heron, little blue heron, red flamingo, white ibis, Louisiana tricolor heron, great egret, red-headed vulture, red-bellied woodpecker and the rare hermit ibis and red spoonbill. Birds of prey include osprey, red-shouldered hawk, bald eagle or white-headed sea eagle, and the marsh or snail kite, which feeds on, among other things, the apple snail, Florida's largest freshwater snail.

Furthermore, many rare birds, including the white-hooded pigeon, scrub jay, black scissors beak and the bald-headed stork. Brown pelicans are seriously threatened by the use of insecticides. The Trumpeter Crane, the largest bird species in North America and the only crane found only in North America, is very rare and also in danger of extinction. 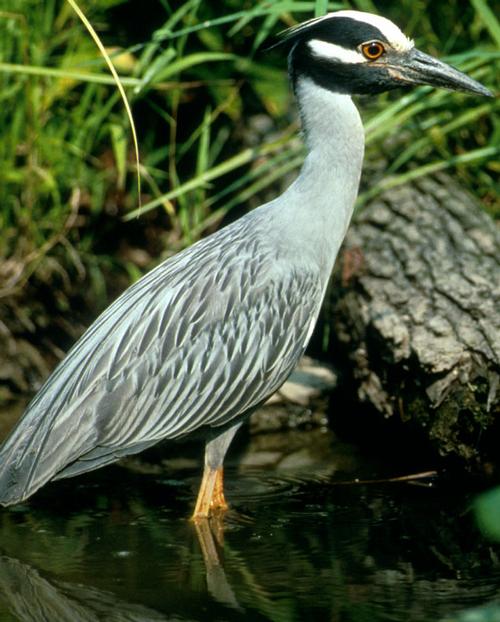 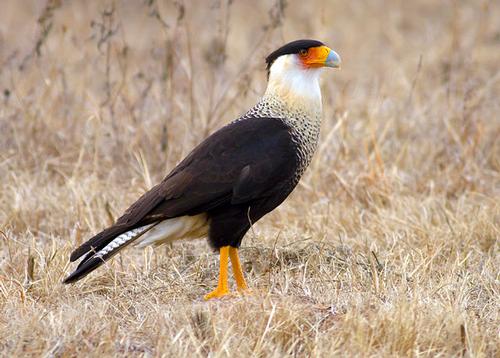 Florida has about 184 reptiles and amphibians, nowhere in the United States are there more species. And that number is still growing, but not in the right way because more and more species are imported that do not belong in Florida or the United States, including the Burmese python or dark tiger python and the common worm snake in the Everglades, the white-black ground iguana, the green iguana and the Nile monitor. Many snake species occur in Florida, 44 in total and six of them are poisonous, the copperhead, the rattlesnake or forest rattlesnake, the pygmy rattlesnake, the diamond rattlesnake as the most aggressive and therefore dangerous, a subspecies of the water moccasin snake, and the harlequin coral snake (photo), which all occur in the Everglades.

Other Florida reptiles and amphibians: 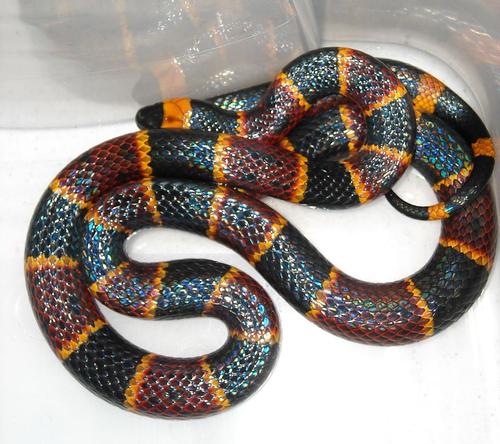 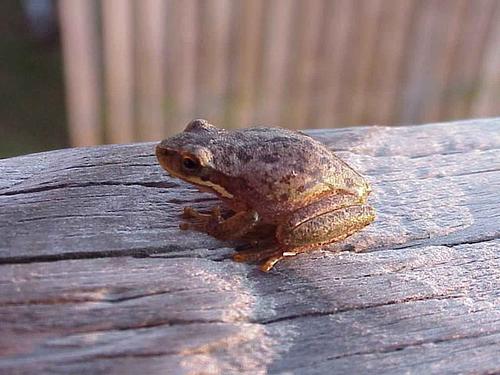 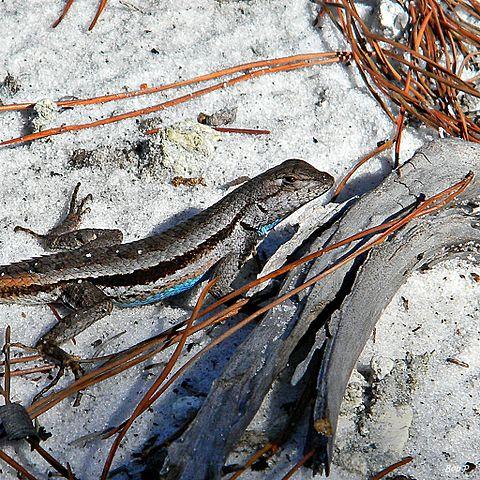 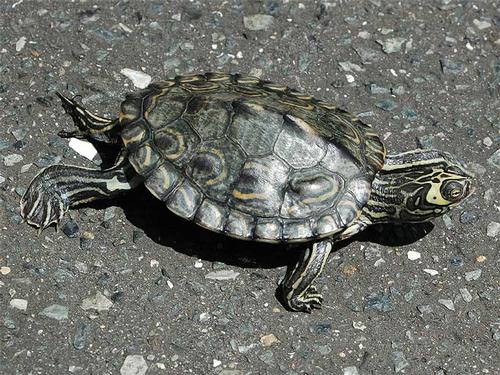 Barbours Map Turtle is found in FloridaPhoto: Maimaip2000 in the public domain

Armadillo, bobcat and raccoon are found all over Florida, resident forest dwellers include coypu, mice, marsh rabbits, fishing otters and weasels. The green anole lives in the freshwater marshes.

Among other things, the Caloosahatchee River estuary is home to the manatee, a marine mammal weighing up to 4.5 meters and up to 1600 kg, which mainly feeds on seaweed. The population is only 3000-4000 copies of these endangered animals. Kings Bay, near the Crystal River on the Gulf Coast, is the top spot for manatees, with up to 500 manatees gathering here on a cold January day.

Not endangered is the Florida bear, a subspecies of the American black bear or baribal. On the contrary, at the end of 2015 it became known that black bears could be hunted for the first time in 20 years. Due to the 'overpopulation' of bears, they increasingly move to inhabited areas and cause a lot of nuisance there.

A species that absolutely does not belong in Florida is the rhesus monkey. These offspring of escaped zoo monkeys live in the forests of Silver River, part of the Ocala National Forest.

The state symbol of Florida is the endangered Florida panther, of which an estimated 150 more are found in southern Florida. 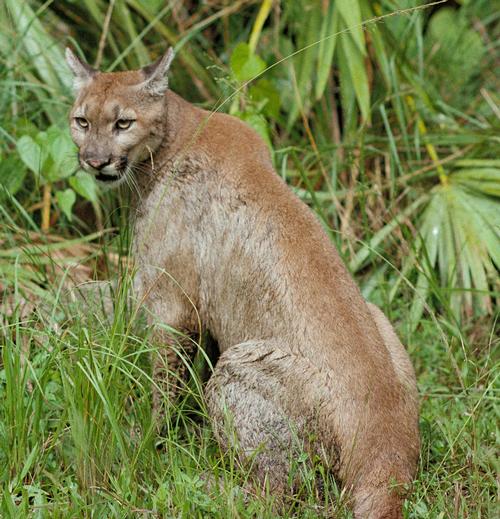 Florida pantherPhoto: US Fish & Wildlife Service in the public domain

Sixteen subspecies of the white-tailed deer are found throughout the United States. One of the most special is the Small Key deer, with a maximum height of 75 cm, the smallest deer in North America, which is only found on some islands of the Low Leys (part of the Florida Keys), especially on Big Pine Key, Torch Keys and No Name Key. The population consists of only a few hundred specimen. 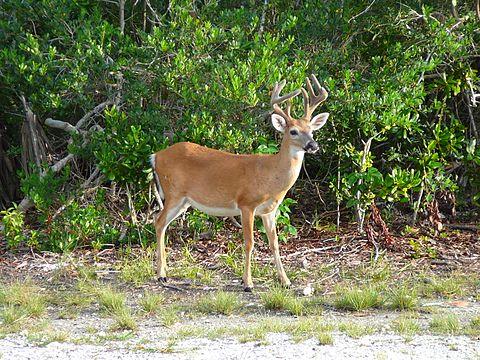 Male of the Key deer, rare in FloridaPhoto: Averette, CC 3.0 Unported no changes made

Florida has many insect and spider species. Below a very small selection of more or less special species.

The mockingbird is not only the bird symbol of Florida, but also of the states of Arkansas, Mississippi, Tennessee and Texas. 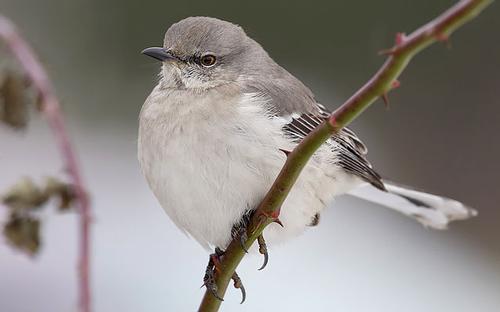