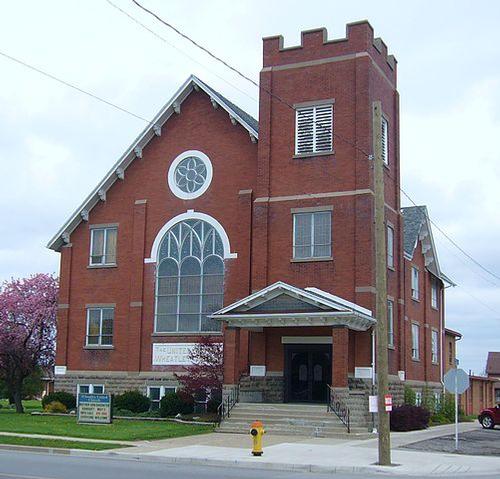 Wheatley United Church of CanadaPhoto: Ducio1234 in the public domain

In the 16th century, due to the immigration of the French, the population of Canada was mainly Roman Catholic. In 1759 Canada came into British hands, after which Protestant churches from Great Britain were given the opportunity to expand here, and Canada gradually became more Protestant.

Canada is home to almost all denominations and philosophical groups. At present, approximately 45% of the population is Roman Catholic, mainly French speakers, 18% belong to the United Church of Canada, 12% belong to the Anglican Church of Canada, 3% are Presbyterian, 3% Lutheran and 2 .5% Baptist. Also to be mentioned are the Reformed Church, to which many Dutch Reformed immigrants joined, and the Christian Reformed Church, to which many Reformed members have joined.

The Catholics of the Byzantine rite - mainly (descendants of) immigrant Ukrainians (Ruthenians) - have their own hierarchy and monasteries in Canada. Canada has over 340,000 Jewish residents and many Muslims, Buddhists and Hindus.
Canada also owns an Amish community in Ontario. The Amish or Ammanites are a spin-off from the Christian Mennonite community founded in Europe in the early 16th century. They were prosecuted for refusing to take the oath or carry weapons. In the 17th century an even stricter sect split off, emigrating to America and in 1799 to Ontario. 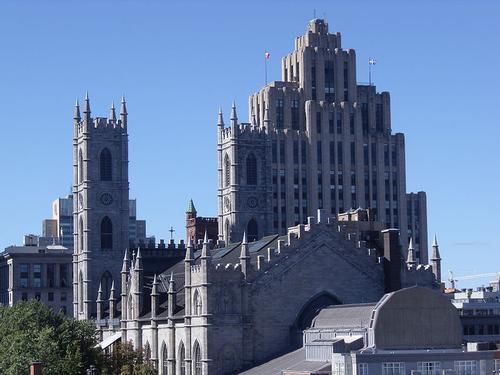 One of the most beautiful churches in North America is the Catholic Basilique Notre-Dame in Montreal. The original building is from the 17th century, but construction of a new church started in 1829. The church offers 3800 places in the nave and on the balconies.

Montreal's largest church is the Oratoire Saint-Joseph. The octagonal copper dome is one of the largest in the world - 44.5 meters high and 38 meters in diameter. The city of Montreal also has more than 300 churches and metropolitan Montreal even 450. Of these, 70% are Roman Catholic, 20% Protestant, 4% synagogues and 6% are churches of other denominations.

The Church of Inuvik, in the far north of Canada, was built in the shape of an igloo because of the climate.

The Basilique Notre-Dame-de-Québec is more than 350 years old and the oldest parish in North America.

The Cathédrale Anglicane in Québec-City is the first Anglican cathedral to be dedicated outside Britain (1804).

Winnipeg has the largest Ukrainian group outside Ukraine in its territory. The many Russian Orthodox churches with their onion-shaped domes and spiers testify to this, such as the Holy Trinity Ukrainian Orthodox Cathedral, the St. Vladimir and Olga Ukrainian Catholic Church and the St. Nichols Ukrainian Catholic Church. These churches are also part of the landscape in the prairies. The first Ukrainian churches were built from the beginning of the massive Ukrainian influx that started in the late 19th century, affecting both Roman Catholics and Russian Orthodox.
Near Cardston, in the Waterton Lakes National Park, is Canada's only Mormon temple, a snow-white structure built in 1913.