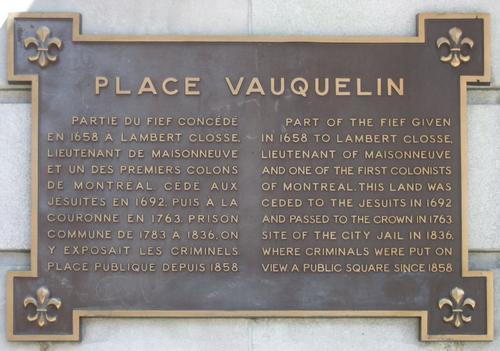 Canada has two official languages, English and French. French is the mother tongue of 24% of the population, English of 63% of the population.
Canadians have their own distinctive accent, but written Canadian English is very similar to English in Britain. Outside of Quebec, fewer and fewer people are native French speakers, and while French-speaking communities still exist in the maritime provinces of Manitoba and Ontario, in some areas the language has been heavily influenced by English in terms of words and sentence structure. This has led to an incomprehensible mixing language for an outsider, which is called "franglais".

At the urging of the French speakers from Québec, the Canadian federal government decided in 1969 to officially make all of Canada bilingual.
French is the official language in Québec, but English is predominant in the rest of Canada. The Ottawa government center is bilingual, as all officials must have a command of both French and English.

French has changed considerably over time. Especially in the big cities, the "Canadiens" use more and more anglicisms. Some words that are already obsolete in France are still used here, such as "charette" for dump truck and "fin-de-semaine" instead of "le weekend". Furthermore, there is a huge variation in the type of French spoken. Over time, a dialect called "Joual" has emerged in Québec.

Eight indigenous languages are spoken in the Yukon Territory of northwestern Canada. Seven of them are from the Athapasque language family: Gwich'in, Han, Kaska, Northern Tutchone, Southern Tutchone, Tagish and Upper Tanana. Furthermore, Tlingit is spoken, which is somewhat related to Athapasque.

The inhabitants of Newfoundland have their own dialect with a somewhat Irish accent, but with unique words and expressions:
A very difficult assignment = to have a noggin to scrape
Without worries = in a hobble
He bothers me = he is moidering my brains
Good luck = long may your big good jib draw

The Inuktitut, the language of the Inuit, is a living language and is still growing. It is a widespread language in northern Canada, and Inuit across the Arctic can understand each other. Dialects and accents vary from region to region, but Inuktitut is a standalone language.

One of the first things to notice is that a word with the same meaning is spelled in different ways. When a writing system was developed about 100 years ago, the words were written phonetically, and those phonetic versions differed per region.
Since the seventies of the last century, attempts have been made to develop a standard Inuktitut, but that is still very difficult.

The English whalers brought along several words that are clearly recognizable as such:

Other words and phrases from Inuktitut:

The name Canada is derived from the Iroquis Indian word "kanata", which literally means "place of business".
More than 50 different Indian languages and dialects are spoken in Canada, each belonging to one of the ten basic language groups. The largest of these is the Algonquin, followed by the Athabasca, Iroquoi, Salish, Wakasha, Tsminschian, Sioux, Kootenai, Haida and Tlingit.
Many place names are of Native American origin: