The Auvergne region consists of the departments of Allier, Cantal, Haute-Loire and Puy-de-Dôme. The region's capital is Clermont-Ferrand. 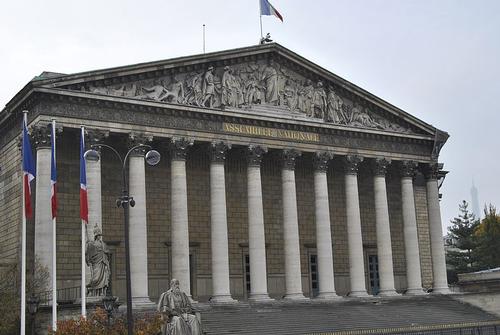 According to under the 1958 constitution, France is a parliamentary republic with extensive powers of president as head of state. The president has been directly elected by the people by universal suffrage for seven years since 1962. In 2002, the President of France will be elected for a term of five years instead of the current seven years.
The President enacts laws passed by Parliament or by the people (in case of referendum), signs the decisions of the council of ministers he presides appoint the prime minister and, in case of need, can take over the whole of the legislative and executive powers and declare the dissolution of the National Assembly.
The president can even replace the prime minister if desired, except when there is a so-called "cohabitation" in the government. This only occurs when the composition of the National Assembly is such that the president is forced to appoint a prime minister of a different political color from his own. After the elections of June 1, 1997, this situation arose when the neo-Gullist president Chirac ruled the country together with a cabinet and a Prime Minister Jospin, who were of leftist nature. The cooperation between Chirac and Jospin went pretty smoothly for the first four years.
The government, headed by the prime minister, is proposed and appointed by the president. The government defines and implements the general politics of the country and is accountable to the National Assembly.

Legislative power is exercised by the bicameral parliament. The National Assembly (Assemblée Nationale) has 577 members, 22 of whom are from the overseas departments and territories. The Assembly is elected for five years through a district system. The senate is mainly elected by the members of the "conseils généraux", the departmental councils, and by the municipal councils.
The senate has much less powers than the Assembly and has 321 members, 12 of whom are representatives of the French in the abroad and 13 for the overseas departments and territories. Senate members are elected for nine years and every three years the senate is renewed for a third. The president of the senate is the second highest office holder in the country after the president.
All French citizens of 18 years and older have the right to vote and to be elected to the Assembly one must be at least 23 years old and 35 years old for the Senate. . Women have only been entitled to vote since 1944.
Parliamentary and presidential elections take place in two rounds. If the candidate manages to obtain more than 50% of the vote in his constituency in the first round of the parliamentary elections, he is immediately elected. If he does not succeed, a second round follows in which a simple majority is sufficient. The prerequisite for the parliamentary elections is that the candidate has obtained at least 12.5% of the vote in the first round.
In the presidential election, only two candidates who obtained the most votes in the first round can participate in the second round. 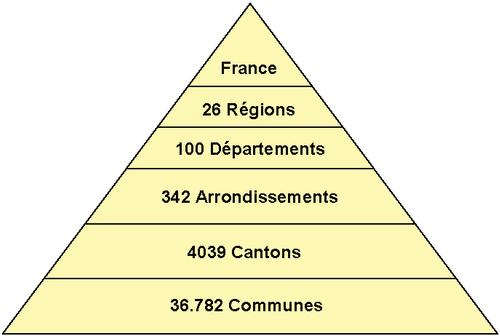 The French state has 22 regions, which are divided into 96 departments. The country also has: four overseas departments, the "Départements d'Outre-Mer" (DOM): French Guyana, Guadeloupe, Martinique and Réunion;three overseas territories, the "Territoires d'Outre-Mer" (TOM): French Polynesia, the Wallis and Futuna Islands and New Caledonia;the two overseas 'collectivités territoriales' Mayotte and St-Pierre-en-Miquelon and some areas on the South Pole, "Les Terres Australes et Antarctiques Françaises (TAAF). The prefet is in charge of each region and department and is the representative of the government and of each individual minister.
The departments are divided into arrondissements (325), headed by a sous-prefet, the arrondissements are divided into cantons (3714) and these in turn into 36,433 municipalities. Approximately 90% of the municipalities have less than 2000 inhabitants, the districts and cantonshave only administrative significance.
The Union of the Corsican people (Union du Peuple Corse) has been fighting for the independence of the island for years and has many hundreds of bombings to its name. The region Corsica has a separate status since 1981, a degree of self-government. The bombings then temporarily abated but in 1982 more than 800 attacks were committed.

France has a long tradition of pre-primary education. It is therefore not surprising that the percentage of French children attending kindergartens (écoles maternelles) is higher than in all other EC countries (with the exception of Belgium), and amounts to approx. 32% for two-year-olds and 100% for five-year-olds.
Pre-primary education is not compulsory and free in public schools (85% of all schools). The remaining 15% are schools for special or private (private) education that are subsidized by the state and/or region and/or receive contributions from families.

Education is compulsory for children from 6 to 16 years old. This obligation relates to primary education (école élémentaire) and the first cycle of secondary education (collège). Most pupils complete the four-year college at the age of 15 and then have to attend school in general technical or vocational education for at least one more year.
Primary education, organized and managed by the municipalities, lasts five years and is followed by children from 6 to 11 years old. The five grades comprise two cycles: the first cycle (cycle des apprentissages fondamentaux) starts in the highest section of the kindergarten and further includes the first two years of primary school, which includes a preparatory and a first elementary year.
The second cycle (cycle des approfondissements) covers the last three years of primary school that precede the college. These three years comprise the second year of elementary education and the first two years of further education.

The first cycle of secondary education lasts four years and is intended for pupils aged 11 to 15 and again divided into three cycles: the adaptation cycle, the intermediate cycle and the orientation cycle. The second cycle of secondary education comprises general, technical and vocational education provided in lycea (lycées).
General and technical secondary education prepares the pupils in three years for the examination of the general baccalaureate or the technical baccalaureate.
The vocational schools prepare pupils in two years for the "certificat d'aptitude professionelle" (CAP) and the "brevet d'études professionelles" (BEP). The CAP is more specialized than the BEP and is issued for general professional skills, not in a specific subject, but in one professional-commercial, administrative or social sector. After another two years, they can take an exam for the professional baccalaureate (baccalauréat professionnel). At the college, the study of a foreign language is compulsory from the sixth grade and from the 4th grade a second foreign or a regional language is learned. The study of a foreign language is compulsory in general and technical education.
At the end of the third year, pupils take a national exam with a view to obtaining the "diplôme national du brevet". The diploma is a general study certificate that does not determine the later choice of study.
General and/or technical education is concluded with a general or technical baccalaureate. Successful students gain access to higher education 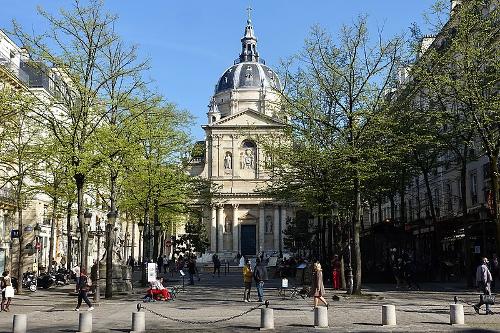 Higher education in France is very diverse settings. The organization and admission requirements differ according to the type of institution and the objective of the education provided.
Higher education institutions include:
-Universities providing short courses and long courses. France has more than 70 universities. The Sorbonne in Paris is the oldest and dates back to the twelfth century.
-Public and private schools and institutions supervised by a ministry and providing higher professional education. Here too short courses and longer courses of three years or more after the baccalaureate.
-In the "lycées d'enseignement général et technologique" post-baccalaureate courses are also possible that prepare for higher technical courses that prepare for the "brevet de technician supérieur"
-long three-year courses are given to the "grandes écoles" who are private or public. Most of the senior officials and engineers in France come from this type of educational institution.