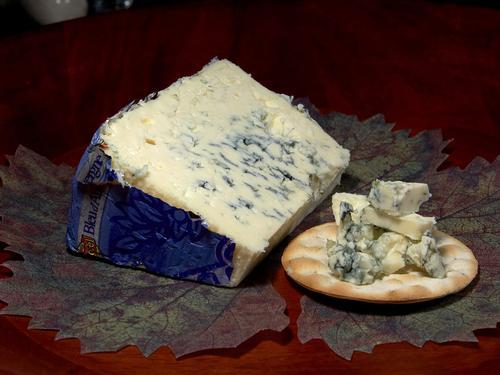 In the mountainous regions, cattle breeding dominates, especially the reddish brown Salers cattle and many sheep. In Auvergne, a large portion of the milk is used to make cheese. Typical for Auvergne is the "bleu-d'auvergne", made from cow's milk. Well-known cheeses are also the "cantal", the "saint-nectaire" and the "fourme-d" ambert ".
On the flatter areas there is agriculture, especially wheat, potatoes and rye. Viticulture is less important in this region. Puy-en-Velay is known for a specialty: the "lentilles vertes de Puy", the green lentils of Le Puy. They are grown in the Velay region, in a legally defined area, an 'appellation (d'origines) contrôlée.

Traditional crafts have almost disappeared from the Auvergne, except the lace production in Le Puy-en-Velay.
Clermont-Ferrand is the center of industrial production, mainly due to its good connections and the relatively short distance to Paris. Michelin has its largest tire factory in Clermont-Ferrand (25,000 employees).
Les Ancizes-Comps has a steel mill where 1,500 employees make steel for the automotive, military, nuclear and aerospace industries.
Lezoux is already Traditionally a well-known ceramic center. Volvic has, in addition to a mineral water factory, lava quarries where andesite, a type of lava rock, has been extracted since the 13th century. Issoire is considered the capital of the machined aluminum. Thiers is known for its knife industry (as well as spoons, forks, corkscrews and surgical instruments);The town has over 300 manufacturers.
On the banks of the Dore are a luxury paper factory, a stainless steel factory and a cardboard factory. Mauriac thrives through the cheese trade and glove industry. Aurillac is the center for the umbrella and umbrella industry. Le-Puy-en-Velay has a lot of clothing and textile industry;Le Puy's fine lacework is famous. The Auvergne is very rich in minerals and still owns, for example, the only gold mine of France, located in the Montagne Noire, near Salsigne.
Silver, copper, tin and tungsten are still in the ground, but it is no longer profitable to operate these mines.
What is still being extracted from the ground is uranium, necessary for the production of nuclear energy.
Thanks to volcanism, Auvergne a paradise for mineral collectors. All kinds of elements in volcanic gases crystallized and so stones such as sanidine, beryl, offretite, amethyst, lussatite, aragonite, opal and many others were formed.