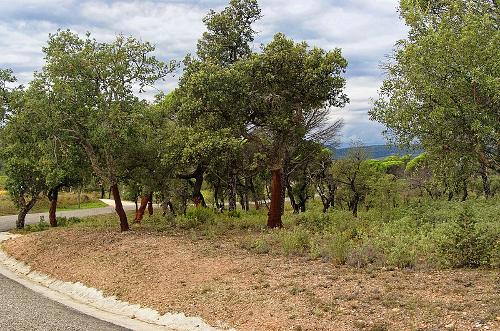 The typical Mediterranean trees include (black) cypress, pine, palm, cedar, eucalyptus and, of course, the oldest tree in the Mediterranean, the olive tree. The landscape is also defined by the lemon, orange and almond tree. Four types of pines can be distinguished on the Côte d'Azur: maritime pine, stone pine, Scots pine and Aleppo pine.

On the calcareous soil, broom, hyacinth, iris and orchids grow, as well as aromatic herbs such as rosemary, thyme and sage. Kermes oak, Greek oak and holm oak are typical of the sparse garrigue landscape. The maquis is a dense and almost impenetrable carpet of plants, but also includes scattered cork oaks, mastic trees, turpentine trees and bullet thistles.

The Massif de l'Esterel forest between St-Raphaël and La Nepoule is composed of more than half maquis and mostly cork oaks, maritime pines and to a lesser extent aleppo pine, stone oaks and stone pine. Heather, strawberry and mastic trees, rockrose, gorse and lavender bind the soil together and prevent erosion. 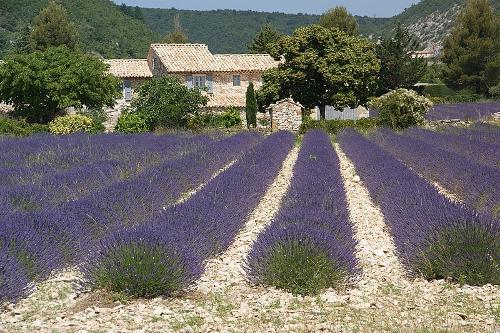 About 3000 years ago, the Greeks brought the olive tree to the Côte d'Azur. Today, there are more than 50 varieties and the picking of olives takes place from November for the green olives to January for the black olives. Near Roquebrune-Cap-Martin is one of the oldest olive trees in the world, the approximately 1000-year-old "olivier millénaire". The floral world of the Parc National du Mercantour is very diverse. Of the 4,200 flowers and plants found in France, about 2,000 are represented in the national park, including anemones, silenzas, foxgloves and alpine bellflowers. There are about 200 rare plant species, 35 of which are endemic. One of these is the rare, large, spiny Saxifraga (Saxifraga florulenta). 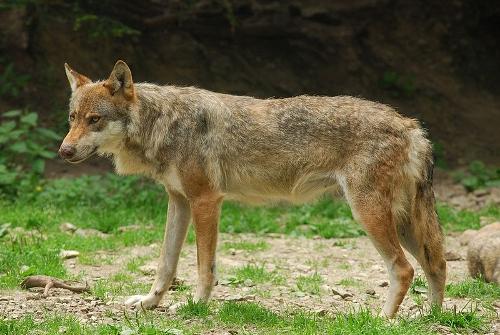 Wolves are back in Parc National de Mercantour
Photo: Gilees Pretet CC 2.0 no changes made

Near Menton is the Parc National du Mercantour. Many European mountain animal species live here, such as wild boar, royal eagles, black grouse, snow grouse, ermines, marmots and since 1942 even wolves again. Small birds here include the hoopoe, lemur, ortolan and grey bunting. Mercantour is also the only European massif where the three Alpine species of ungulates occur in the wild: chamois, mouflon and ibex. Around 1980, some lynxes were released in the Vosges and were spotted in Mercantour around 2003. Since 1992 wolves have been returning from Italy to the Mercantour Park. 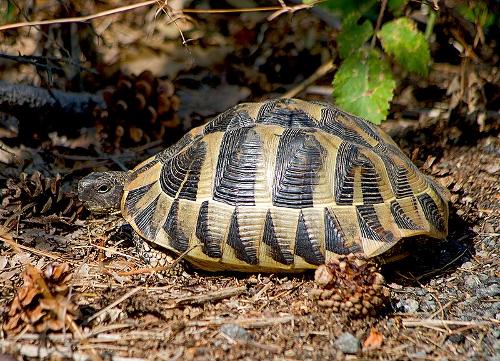 A subspecies of the Greek tortoise, the rare Hermann's tortoise, can only be found in the Massif des Maures and in Corsica. The dense maquis forests and cork forests of the Massif des Maures are full of bee-eaters, red-headed hawks and hoopoes. Areas with a lot of undergrowth and limestone plateaus are perfect hiding places for vipers. The Îles d'Hyères are home to geckos and rare birds such as the yellow-billed cuckoo. The green island of Port Cros has 114 species of birds, including rare birds such as the puffin, the lesser spotted eagle and the orpheus pot-bird. The Mediterranean Sea is not very rich in fish, but is populated by more or less large numbers of stone fish, sardines, anchovies, wrasse, sea bream, catfish, grouper and tuna. A nuisance can be the jellyfish, including the pearl jellyfish. The physalia, or Portuguese man-of-war, a jellyfish-related species, occurs sporadically in the Mediterranean. Sea cucumbers, spotted starfish, striped weever, black goby, marsh eel, monkfish, cardinalfish, common octopus, the native nudibranch, conger eel and seahorse are all notable species.