Brittany is a peninsula in the northwest of France and borders the English Channel to the north and the Atlantic Ocean to the west and south. 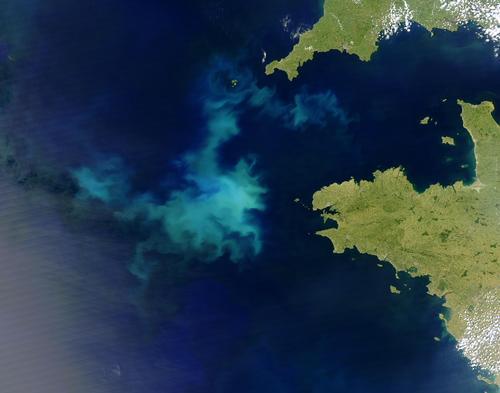 The administrative region of the same name consists of the departments of Côtes-d'Armor, Finistère, Ille-et-Vilaine and Morbihan. Until 1941, Loire-Atlantique (at that time Loire-Inférieur) also belonged to Brittany. Many continue to regard this department as part of Brittany, even though it is now officially part of the Pays de la Loire.

Rennes is the capital of the Brittany region. Other important cities are Brest, Vannes, Quimper and Saint-Malo. 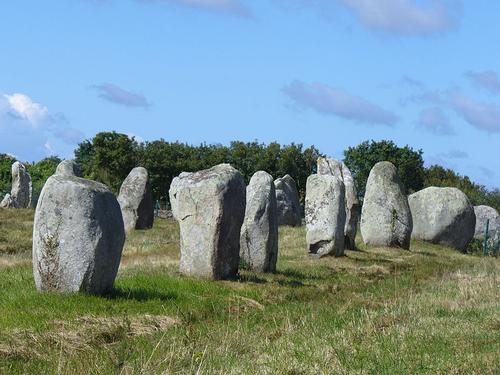 On the north side, the difference between the tides can be up to 14 meters, on the Atlantic side a maximum of 6 meters.

Below is a brief description of the landscape of the four departments: 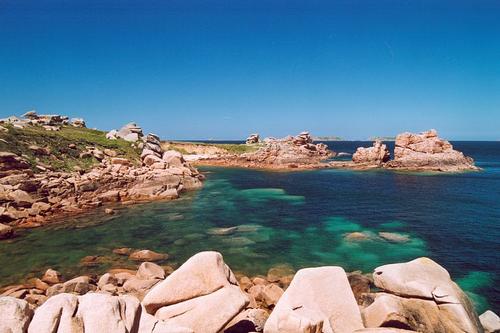 The capital of this northwestern department is Saint-Brieux. The coast here is characteristic of Brittany, jagged granite rocks, spectacular capes and deep inlets (rias). The interior is hilly with many narrow and hollow roads, surrounded by hedges.

A striking feature is the extensive funnel-shaped river mouth (estuary) of the Rance; at high tide the sea penetrates far inland, at low tide a blue-gray mud flat is released.

The coastal part between the capital Saint-Brieuc and Morlaix is called Côte de Granit-Rose; in the evening light, the rusty-brown rocks seem to change color to a pinkish hue, but also brown-gray, red, purple, and blue from the sunlight on quartz and feldspar. 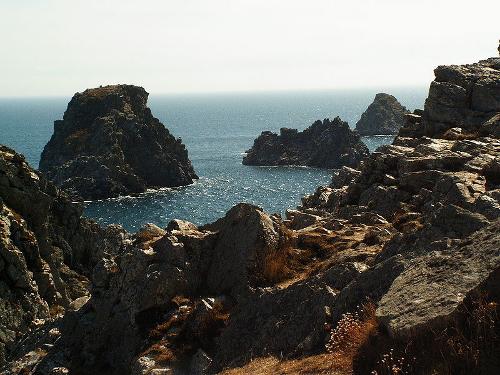 The capital of this department is Quimper. Surrounded on three sides by the sea, Finistère has one of the most beautiful landscapes in France. This is mainly due to the rugged coastal and rock formations; the coast here is full of fjord-like inlets or "abers". The aber Wrac'h is the largest, penetrating 20 miles into the country. The Parc Naturel Régional d'Armorique is 90,000 hectares and offers forest, coast, heathland and even 'mountains' up to approx. 390 meters.

Inland (Argoat), the Monts d'Arrée and Montagnes Noires form the "backbone" of Brittany. The bare hills with a maximum height of less than 400 meters are currently being reforested.

Pointe Saint-Mathieu is not only the extreme tip of Brittany, but also the extreme western tip of the European mainland.

The seven islands and ten rocks that make up the Ouessant archipelago lie approximately 20 km off the mainland. In 1989, this archipelago with its breathtaking scenery was declared a World Biosphere Reserve by UNESCO.

The capital of this department, and also the capital of Brittany, is Rennes. The gently sloping landscape and especially the beautiful bays in the north of this department make it a popular holiday area. The bay of Mont-Saint-Michel is one of the highlights, as is Saint-Malo, which was destroyed in WWII and completely rebuilt. Furthermore, numerous castles and churches with many art treasures. Morbihan in Breton means "little sea" (mor bihan). Much of this department is occupied by the vast, dull Landes de Lanvaux. It is an agricultural region, but at Landes de Lanvaux there is a wooded ridge with heather. The Golfe du Morbihan (12,000 ha; 21 km long, 15 km wide) is an inland sea with hundreds of islands and a true paradise for birds. The Île aux Moines is the largest island of the Golfe du Morbihan and has a subtropical climate.

The Golfe consists of two parts: an eastern basin that is flatter, more like a lagoon, and a western basin with a rocky coastline and strong currents.

Most of the megalithic monuments can be found near Carnac, Loqmariaquer and Erdeven. Quiberon is a peninsula with the Côte Sauvage, the "wild coast". Belle-Îlle is a beautiful island with a rugged coastline and sixty beaches. The Île de Groix has the only convex beach in Europe and blue amphibole (typical of the island), green epidote and red garnet are some of the approx. 60 rare minerals that make up the rocks and beaches of Groix a thousand and one color.