France is the world's leading holiday destination in terms of visitor numbers, followed by the United States and Spain.

Tourist activities are very unevenly distributed across French territory. Half of the jobs are concentrated in three regions: Ile-de-France, Rhône-Alpes and Provence-Alpes-Côte d'Azur. The most visited attractions are Disneyland Paris (12 million visitors), the Eiffel Tower (6 million), the Louvre (6 million) and the Center Pompidou (5 million). 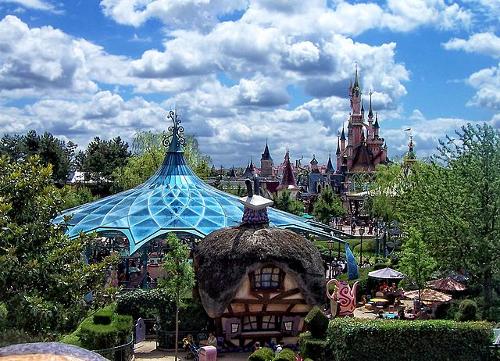 Government and business are trying to redistribute the tourist flow over regions in a more balanced way and spread it over the whole year. For example, "green" tourism (including camping on a farm) and new forms of tourism such as city tourism and thematic travel will be more developed.

Throughout France you can admire the remains of the country's rich history, which dates back to prehistoric times. About 15,000 BC. the earliest inhabitants of the country lived in the south of France. They lived in caves and painted wall paintings at Lascaux that became world famous. In Brittany, around 1500 BC. erected monuments consisting of gigantic stones called dolmens or menhirs. 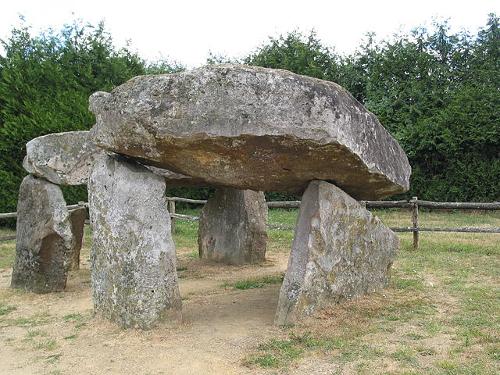 In 51 BC. Under the leadership of Julius Caesar, the Romans conquered what is now France, then called Gaul and for centuries it was a Roman province. Especially in the southeast of France there are still amphitheaters in cities such as Arles, Orange and Nîmes.

Romanesque architecture emerged in the 12th century. Monasteries and churches were built on the model of Roman basilicas. From this developed Gothic architecture, which would spread all over Europe from France. There are about 60 Gothic cathedrals in France, richly decorated with sculptures and stained glass windows. The most famous cathedrals are in Amiens, Reims, Paris (Notre Dame), Chartres and Beauvais.

Around 1500 French art came under the influence of the Italian Renaissance. Classical antiquity became a source of inspiration. Many castles were built along the Loire during this period. Later, the Louvre arose in Paris, which has long been the palace of the French kings.

The 17th century was the heyday of French art. The style of that time is called classicism. In Versailles, famous architects, painters and sculptors worked on the palace, which attracts hundreds of thousands of visitors every year. King Louis XIV had a hospital built in Paris for wounded soldiers, the Hôtel des Invalides, where Napoleon Bonaparte is buried. It is considered the masterpiece of the classicist period.

In the second half of the 18th century, the Panthéon was built in Paris. At first it served as a church, later it became a resting place for famous French such as Victor Hugo, Voltaire, Jean-Jacques Rousseau and Emile Zola.

When the World's Fair was held in Paris in 1889, engineer Eiffel designed a 300-meter-high iron tower, which later became known as the Eiffel Tower, especially for the occasion. This building still dominates the image of Paris and attracts millions of visitors every year.

In the 20th century, French architecture has developed into one of the most prominent in the world. For example, the buildings of Le Corbusier can be found in many countries. An example of his style is the pilgrimage church Notre-Dame-du-Haut in Ronchamp from 1955. Many buildings typical of this century have been built in Paris, such as the Center Pompidou, which houses all kinds of cultural institutions. Below is a brief description of some interesting French cities. 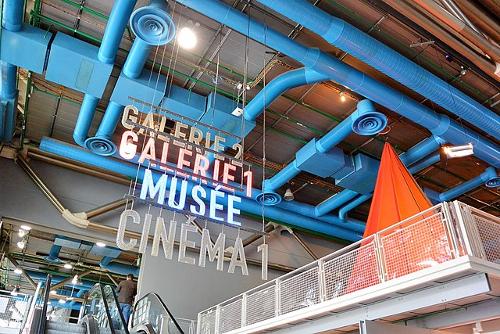 Paris is overflowing with sights. There are of course well-known blockbusters such as the Eiffel Tower, the Champs Élysées, Notre Dame and the Louvre. But there are also a number of less known, yet special places to visit. Le Marais is highly recommended. Le Marais has recently become one of the hippest districts in Paris. You could assume that it is actually a shame that it is now referred to in all books as the hippest district in Paris, as recently (especially in the summer months) Le Marais has been overrun by tourists. Many are afraid that this will cause the neighborhood to lose its authenticity.

So get to Le Marais before it's too late. Le Marais is a unique amalgamation of a gay area and a Jewish quarter. In this neighborhood you will find nice, hip shops and delicious (often kosher) restaurants, bakeries and delicatessen shops. You can also eat the tastiest falafel in all of France at L'as du Fallafel in the Rue des Rosiers (the Jewish street of Paris). 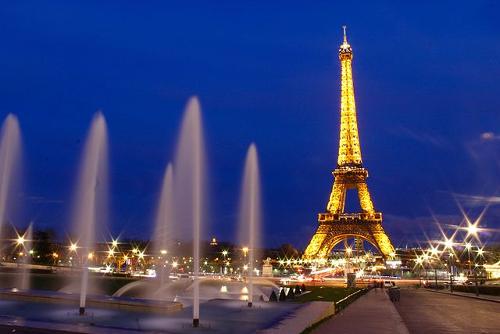 Lyon is a city with with numerous historic buildings from antiquity to modern times. Roman ruins are visible on the hill near the Fourvière Basilica with the ancient theater of Fourvière and the Amphitheater of the Three Gauls.

The most famous historical monuments of the Middle Ages and Renaissance include: The Cathedral of St. Jean, a medieval church with architectural elements from the 13th, 14th and 15th centuries, also the most important religious edifice in the city and the seat of the Archbishop of Lyon. The Basilica of St-Martin-d'Ainay one of the rare surviving Romanesque churches in basilica style. The whole of Vieux Lyon has many buildings with Medieval and Renaissance features.

Lille was elected European Capital of Culture in 2004, along with the Italian city of Genoa. Lille has different architectural styles, with a lot of influence from Flemish architecture through the use of brown and red brick. characteristic are the two to three storey terraced houses with narrow back gardens. This is unusual in France.

Construction of a main urban project - the Euralille began in 1991. The center was opened in 1994 and the renewed district is now full of parks and modern buildings with offices, shops and apartments. 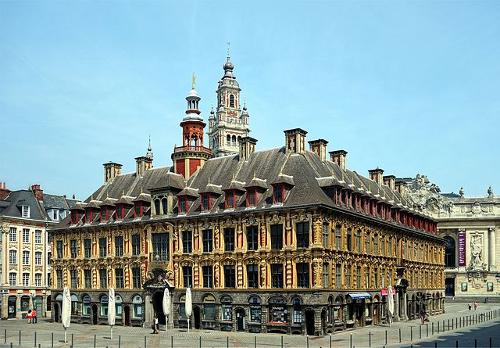 Bordeaux is classified as the "City of Art and History". Bordeaux is a historic city with many tourist attractions. There are beautiful neighborhoods - a must for visitors. If you want to go sightseeing in Bordeaux, it is best to walk in the historic center of the city, it is one large pedestrian area.

You can cross the river and visit the other side with a small ferry. You can also use efficient tram lines where you can make an unlimited number of rides within an hour. Les Quays is a promenade along the banks of the Garonne with a beautiful view over the countryside and the bridges of Bordeaux. You see the Aquitaine bridge, a bridge with a unique architecture. You can also walk along Sainte-Catherine street in the pedestrian center and enjoy the scenery.

The part of the city around Gambetta square is called "Little Paris". Visit the lush public gardens, north of Gambetta square, where you can relax and have a picnic. Entrance to the gardens is free. You will recognize the Roman architecture in the Triumphal Arch, in the center of La Victoire, where you can see some historical monuments, but at the same time you will be in the middle of the student life with many bars and restaurants.

The memorial in Quinconces Square pays tribute to the Girondin deputies who were beheaded by Robespierre. There are numerous museums and galleries in the city. During your stay in the city, don't miss the following: The Musee d'Art Contemporain at 7, Rue Ferrère is worth a visit if you are interested in Modern Art. There are always changing exhibitions and the museum has inspiring installations. The Musee D'Aquitaine is a beautiful museum that displays Gallo-Roman statues and relics dating back 25,000 years. 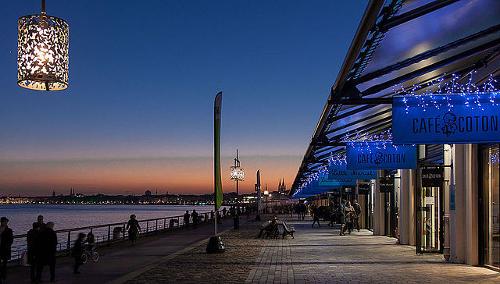 The most interesting part of Avignon is the old town surrounded by its defensive walls. There are a number of grandiose historical monuments. The buildings along the main street, the Rue de la Republique, belong to the period of the Second Empire (1852-1870) with Haussmannian facades surrounding the central square.

The neoclassical town hall and the theater district are well worth a visit. There are interesting statues in Place de l'Horloge, the main square of the city. Notre Dame des Doms is the unique cathedral from the 12th century, built in Romanesque style. Its most striking feature is the gilded statue of the Virgin Mary on the west tower. The Mausoleum of Pope John XXII is one of the most beautiful works of art in the cathedral. It is a remarkable example of 14th century Gothic carvings. The Palais des Papes ("Papal Palace") is an impressive structure. John XXII began its construction in 1316 and John XXII and successive Popes completed construction in 1370.

There are notable public buildings such as the Hôtel de Ville (town hall) with a bell tower from the 14th century, and the old Hôtel des Monnaies, the papal mint built in 1610 later transformed into a music school. One of the finest examples of medieval fortifications that still exist are the ramparts, built by the Popes in the 14th century. The ramparts are still around Avignon. These strong walls with thirty-nine massive towers and several city gates have been beautifully restored. There are also a number of interesting museums in Avignon. Such as the Calvet Museum, named after Esprit Calvet, a doctor who donated his collections to the city in 1810. This museum has a rich collection of paintings, metal artifacts and a library with more than 140,000 volumes.

The Musee du Petit Palais (opened in 1976) overlooking the Palais des Papes, has an exceptional collection of paintings from the Avignon school. The Lambert Collection is famous for its contemporary art. The Musee Lapidaire, with its archaeological and medieval sculpture collections, is located in the old chapel of the Jesuit College. 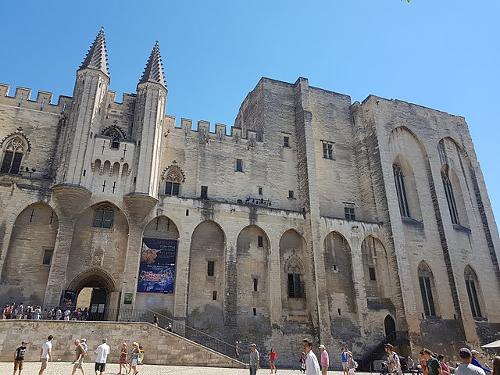 Protected as a World Heritage Site, Amiens Cathedral is the tallest of the great Gothic churches from the 13th century and is the largest cathedral in France. The original cathedral was destroyed by fire, construction of the new church started in 1220 and was completed in 1247. Amiens Cathedral is world famous for its beauty and in particular for the beautiful display of statues on the main facade. The cathedral is described as the "Parthenon of Gothic architecture". 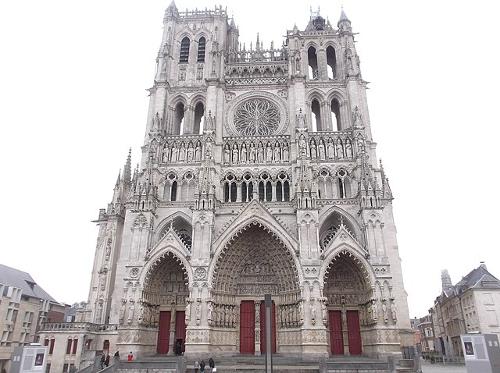 Notre-Dame d'Amiens is the largest Gothic cathedral in FrancePhoto: Maria Gloo CC 4.0 International no changes made

Amiens is also known for its hortillonnages, floating (public) gardens on small islands in the marshes along the river Somme, surrounded by a network of artificial canals. Amiens consists of a number of beautiful neighborhoods ("quartiers" in French) such as St-Leu, St-Maurice, Henriville and Saint-Acheul. There are a number of interesting museums in the city such as the museum of the Hôtel Berny (Art, History), the Museum of Picardy (Art, Archeology, Ethnology) and the natural history museum. Amiens also has a number of theaters: La Comedie de Picardie, La Maison de la Culture, Chez Cabotans and La Maison du Theâtre.