Around 2,000 different plant species can be found in the Canary Islands, of which around 700 are endemic (found only on the islands).

The rainfall on El Hierro is so high that the plateau is green and fertile. In the spring, the meadows where cows graze and shepherds with flocks of sheep wander around even turn into a colourful sea of flowers, including Spanish gold thistles.

In the central part of El Hierro you will find forests of laurel trees, cedars, eucalyptus trees imported from Australia and often centuries-old Canary Island pine trees (Pinus canariensis), with long needles of up to 25 cm. On El Hierro you can even find the largest pine forest of the Canary Islands, El Pinar.

Very remarkable and even unique in the world is the El Sabinar juniper forest. The approximately 300 large and often very old Phoenician juniper trees or 'sabinas' have been moulded into the most bizarre shapes by the constantly blowing trade winds. The vegetation around the trees mainly consists of dense lichens and mosses, but the green spurge also grows here. 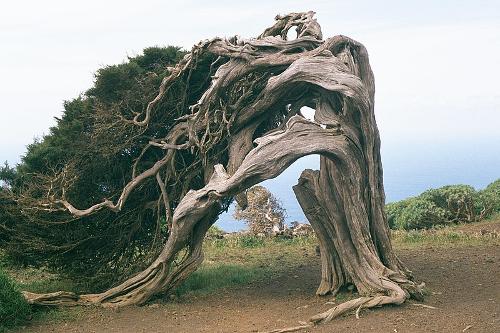 The jagged lunar landscape of lava fields and volcanic cones also has a rich flora, with many rare and exotic xerophyte species that thrive in dry environments. Huge Euphorbias sometimes grow from the lava.

The island also has orchards with large, umbrella-shaped fig trees, as well as almond, apricot and pear trees.

The hills near the Mirador de las Playas are covered with 'tagasaste', a shrub that serves as fodder, as well as the Adenocarpus foliosus. Closer to the sea, 'vinagrera', an acid-like plant, grows everywhere and is also called 'calcosas' on the island.

In the centre of the island is the 'Fayal', a dense forest consisting of tall gale trees and tree heather (Erica arborea), called 'brezo' by the natives. Such vegetation is called "fayal-brezal". On the ground grows a species of stinging nettle which, if touched, causes a painful, burning sensation.

On the west coast, the rocky cliffs are home to the Hierro rose, a species of aeonium, and along the paths there are several species of snakeweed and spurge, and in higher places there is a lot of "Cistus monspeliensis", a sun rose. 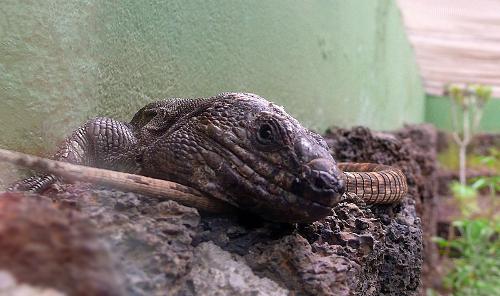 The most remarkable animal of El Hierro is the protected Lagato gigante de Salmor (Gallotia simonyi). For a long time, the animal was thought to be extinct on El Hierro, but in the mid-1970s some specimens were discovered again. The animal can reach a length of 70 cm and the population is now estimated to be around 1000. A related subspecies lives only on Gran Canaria.

Divers around La Restinga in the south can encounter hammerhead sharks, barracudas and large rays; tuna, sea turtles and dolphins also occur in these waters. 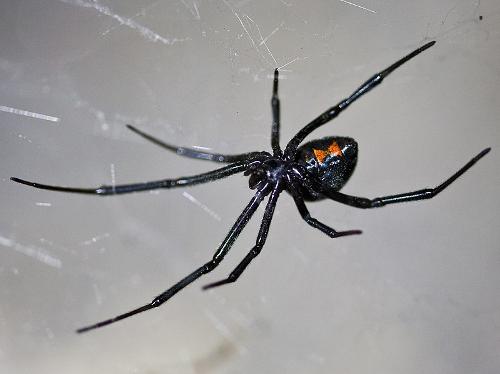 El Hierro is home to the black widow, a species of spider that can sting as viciously as the red and black centipede.