The kingdom of Denmark is located in northwestern Europe and is part of Scandinavia. Denmark has a short land border in the south with the German Schleswig-Holstein (68 km). Denmark is bordered to the west by the North Sea, to the north by the Skagerrak and to the east by the Kattegat, the Sound and the Baltic Sea. 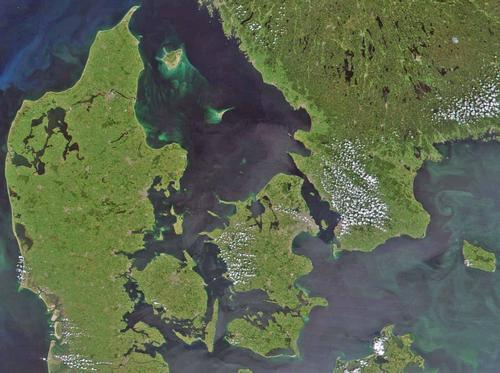 Denmark has an area of 43,077 km2. It consists of the Jutland peninsula and 474 islands of which about 100 are inhabited. The coastal strips has sandy beaches, mudflats, dunes and dikes. There are many sandbanks and reefs off the coast of West Jutland. Here are also long and wide beaches. The east coast of Jutland is a fjord coast whose inlets are long and wooded. This in contrast to the Norwegian fjords, which are very steep. The easily navigable fjords penetrate deep into the country from the east coast. The very rugged coast of Denmark has a coastline of 7500 km, almost as much as the 10 times larger neighboring country Sweden. 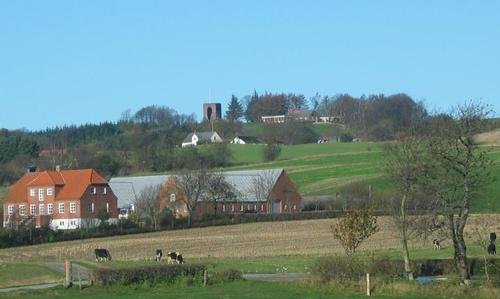 Although low-lying, the Danish landscape has varied wavy shapes. The highest point is Ejer Baunehøj on the Jutland ridge (172 meters). The lowest point is Lammefjord, -7 meters below sea level. Lolland is low and flat and must be protected against storm surges by dikes. The island of Bornholm does not belong geologically to Denmark; the soil is of a completely different composition from the rest of Denmark. Scattered all over the country are many small and large erratic stones, remnants of different ice ages. The longest river is Gadenå, 160 km long. Around the island of Møn and Southeast Sjælland there are steep chalk cliffs that reach a height of ± 140 meters. 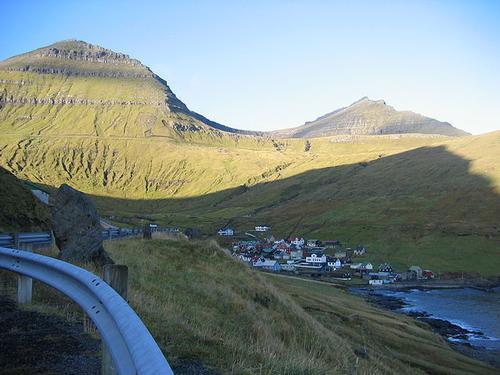 Village of Funningur at the foot of the Slættaretindur (left) and the Gráfeli (right), Faroe IslandsPhoto: Mulder1982 in the public domain

The Faroese population is largely descended from Vikings who settled on the islands from the 9th century onwards. The Faroe Islands have been politically linked to Denmark since the 14th century. Independent administration from 1948. The Faroe Islands consist of 17 islands of which 16 are inhabited.

Location: Northern Europe, between the Norwegian Sea and the North Atlantic Ocean, halfway between Iceland and Norway. 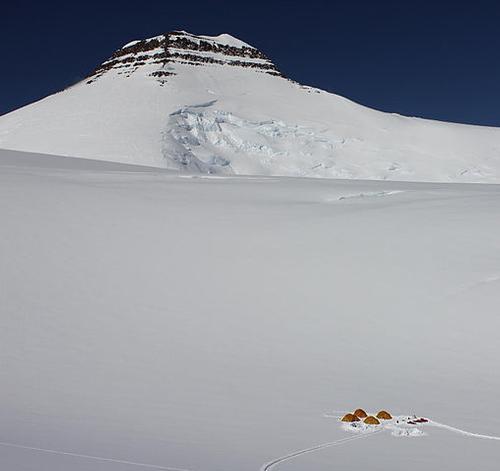 The world's largest island, 84% of which is covered with ice. Independent board since 1979.