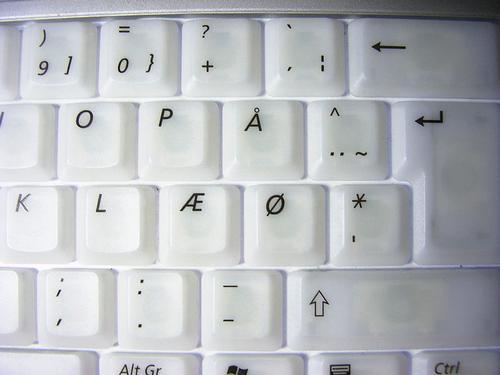 Three languages are spoken in the Danish kingdom, Greenlandic, Danish and Faerörsk. The last two belong to the Germanic branch of the Indo-European languages. Although they have common roots, there is only a limited relationship of kinship. Trade with merchants from the Hanseatic League has made Danish receptive to German influences. Danes, Norwegians and Swedes can read each other's languages well and understand them fairly well. They mutually speak a kind of lingua franca (auxiliary language) called Scandinavisk. Many Danes also speak German, English or both.

The letters æ, ø, and å come at the very back of the alphabet, after z. The difficult thing about Danish is that it is pronounced differently than written. Pronounced Danish has sounds and pronunciation that do not occur anywhere else. Part of German is spoken in South Jutland.

Without knowing Danish, many Danish words are clear: