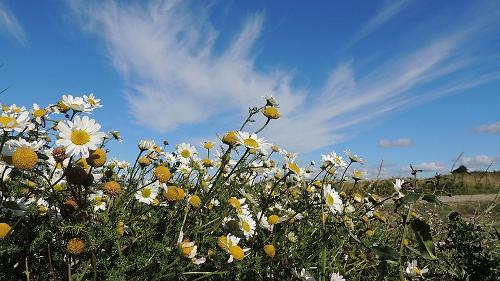 In a distant past, Denmark was a densely forested country. Currently, about 11% of the land area is forest.

Along the coast of the North Sea, the Skagerrak and on the south side of the Kattegat we find forests with (planted) pines and spruces. In between grows, among other things, beach grass that protects dunes. Almost all oak forests have disappeared due to deforestation. Birch forests do still exist and the green beech is the national tree of Denmark. Jutland has the largest Danish forest, consisting mainly of conifers. Common trees include elms, hazels, maples, scots pines, birches, aspen, linden and chestnuts. Extensive heathlands are found in North Jutland. About 1500 plant species occur in Denmark, roughly comparable to the Netherlands.

In the north and northwest of Jutland, extensive bogs developed as a result of poor drainage.

The special pink-white beach rose is found on the coast. The national flower is the daisy. 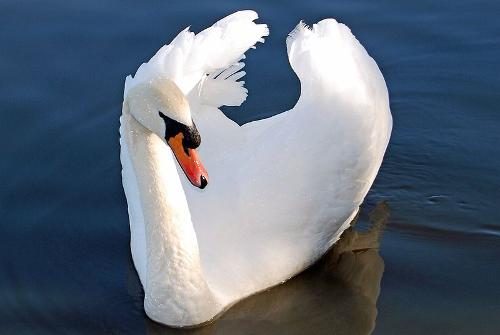 Wildlife in Denmark has declined sharply in the 20th century. Elk, aurochs and even wild boars are no longer seen. Roe deer, red deer and the imported fallow deer and sika deer live mainly in game parks. Many hares, rabbits, partridges and pheasants live in the heather and dune areas. Small predators such as the marten, badger, otter and fox are still common but their numbers are decreasing every year. The otter in particular is highly endangered. Of the marine predators, the gray seal occurs in addition to the common seal. Porpoises and bottlenose dolphins can be seen regularly in the coastal waters. Of the bats there are only smooth noses.

In the rivers and streams you can fish for trout, snape, perch and pike. Sea fishermen catch a lot of cod, garfish, sea trout, coalfish, brill and herring.

There are about 350 species of birds in Denmark. Half of them breed in Denmark itself; the rest seek warmer regions. Common birds, in addition to the many types of shorebirds and waders, are the raven, white-tailed eagle, partridge, pheasant and duck. The number of storks has decreased significantly over the years. The national bird is the swan.

There are 68 species of native butterflies in Denmark. And there are also 11 types of frogs and toads. Due to the drying up of many wet areas, half of the breeding grounds of these animals have disappeared.