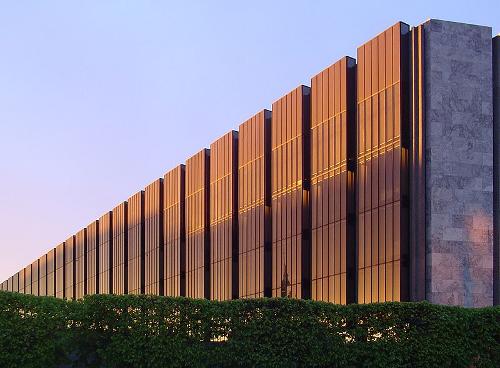 In economic terms, Denmark ranks high compared to other European countries and is among the top thirty of the world's richest countries. The modern industrial Danish economy is characterized by a wide range of products and a prominent service sector. Denmark has one of the most advanced telecommunications infrastructures in Europe and has consistently been in the top 15 in recent years in the World Economic Forum's 'World Competitiveness Report'. Traditionally, Denmark has large companies in the shipping, trade and brewing sectors. Because Denmark profiles itself as the gateway to the other Scandinavian countries and the Baltic states, a lot of money has been invested in recent years to improve transport options and make connections with neighboring countries more efficient. Although Denmark does not participate in the European Monetary Union (EMU), the economic policy of the Danish government in recent years has been almost entirely dominated by the European agreements as made by the Maastricht Treaty and the subsequent amending provisions. From a formal point of view, the Danish economy is fully prepared for EMU and has met the EMU criteria for a number of years. In referendums in 1992 and 1993, the Danish population (with a small majority) showed that they can only accept the Maastricht Treaty if Denmark remains outside EMU (and outside a number of other points in the Treaty). In a referendum in September 2000, the Danish population again showed opposition to the European currency by voting against ("Nej") Danish accession to EMU (against the lifting of the Danish "opt-out"). 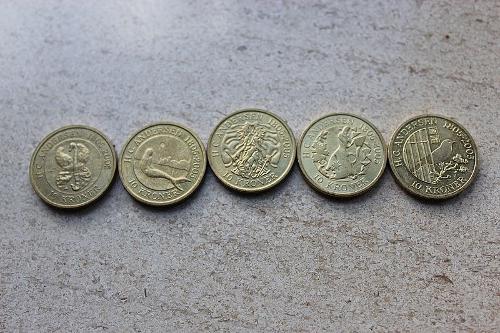 Theme coins of Denmark with illustrations from HC Andersen's fairytalesPhoto: Toxophilus CC 4.0 International no changes made

The Danish government is aware of the problems that can arise within the Danish economy as a result of not participating in EMU. Lack of confidence in the Danish currency - the Krone - can lead to higher interest rates on international loans and a diminished attractiveness of Denmark as a location for foreign companies, which stimulate employment. The government has therefore decided to pursue its policy of a stable exchange rate, which was already started in the 1980s. This means, among other things, that the Danish economy must meet the monetary criteria for entry into EMU: low inflation, a government deficit of no more than three percent of national income and a government debt that may not exceed 60 percent of national income. amounts. The Danish krone is pegged to the euro and Denmark's monetary policy largely follows the policy of the European Central Bank.

Combating unemployment was one of the primary objectives of the Social Democratic government, which stepped down in 2001. This target has been achieved: for 2001 as a whole, the official unemployment rate was 5.1%; the lowest level in more than 25 years. Nevertheless, one of the main objectives of the first Cabinet of Anders Fogh Rasmussen was to expand the workforce by more than 67,000 people before 2010. This in order to counter the negative consequences of an aging population. In the meantime (2017), unemployment has risen to around 6% and there is a shortage of workers in some sectors.

The Danish economy is currently doing well. The high and sustained growth in private spending is the basis for economic growth. This growth in private spending was caused, among other things, by the income tax reductions introduced in 2004 and the new possibilities for taking out cheap credit. In 2004 GDP grew by more than 2%. The main explanation for this enviable situation is that DK has already started the necessary reforms years ago: flexible retirement age, an extremely flexible labor market (à la US), relatively high labor productivity, high labor participation, in addition to maintaining the high tax level, tighter control of the use of social services without however adjusting the size and level of the provision system. In recent years, Denmark has also had to deal with the credit crisis. The Danish economy grew by 2.1% in 2017. 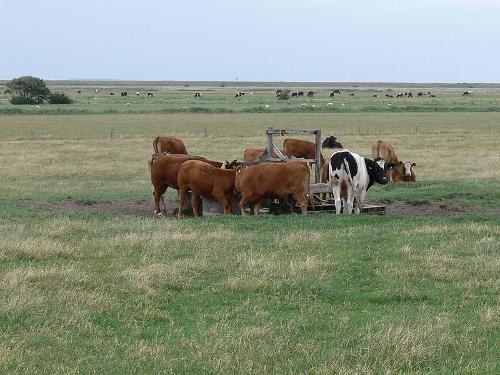 Two thirds of the Danish land area is used for agriculture. Agriculture is mainly focused on exports to the European Union. Most of the farms are quite small with less than 20 ha of land. The number of people employed in the agricultural sector dropped from 120,000 to 70,000 between 1961 and 2014. Agricultural land is increasingly used for tourist activities. Important products are potatoes, sugar beets and rapeseed. The grain yield is declining and is mainly used for the production of animal feed or as a raw material for beer breweries such as Tuborg and Carlsberg. Denmark is Europe's leader in organic farming. For example, 24% of the daily milk that the Danes consume is produced organically.

Denmark is one of the largest fishing countries in Europe, although in terms of yields it is dwarfed by income from industry and agriculture. Cod, flatfish and herring are the main species that are caught and then processed into fish oil, fish meal and canned fish. Germany purchases most fish products. Main fishing ports are Esbjerg, Hirtshalsen and Skagen.

Denmark is one of the largest producers of livestock products. Meat, leather, milk and cheese, among other things, are exported on a large scale. Fur farming is also still a significant economic activity. There are about 5000 breeding farms. 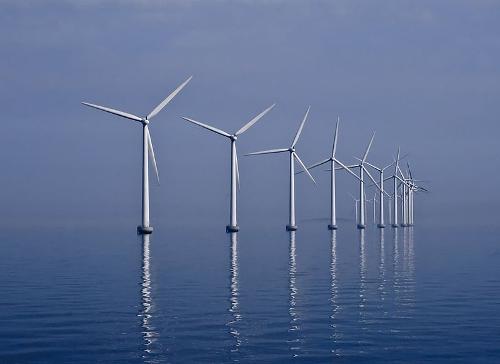 Denmark has to import almost all raw materials. The only economic activities of importance in mining are the extraction of salt, granite, lime, clay, sandstone and sulfur, among other things. Petroleum has been extracted off the coast of Denmark since 1972. In 1984 the production of natural gas from the North Sea started. In recent years, Denmark has also been focusing on renewable energy.

After World War II, Denmark changed from an agricultural country to an industrial country with an emphasis on high-quality products. Important industrial centers are Copenhagen and the surrounding area, Odense, Aarhus, Silkeborg and Vejle. After 1970 many companies moved from the Copenhagen region to the west of the country, especially to Jutland. Copenhagen became more of a service center. Most employees are in the food industry, followed by mechanical engineering and the metal industry.

From 1960 to 1986 the trade balance was negative, but since 1988 the trade balance has been positive again. In 2017, $ 113.2 billion was exported mainly to Germany, Sweden, England, France, the Netherlands, Norway and the United States. The main exports are meat, fish and industrial machinery.

In 2017, $ 94.6 billion was imported from mainly Germany, Sweden, the Netherlands, Great Britain, France, Norway and the United States. 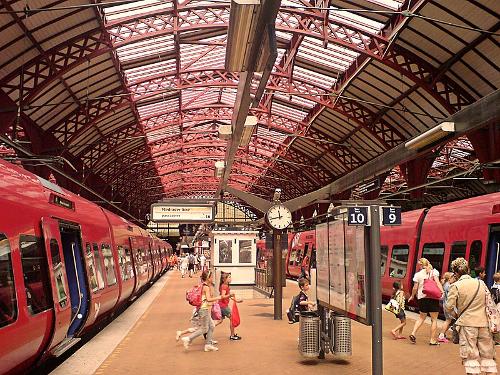 Traffic and bridge connections play an important role in Danish traffic. 20 large bridges were built between 1966 and 1986. The largest bridge is the one over the Storstrøm between Falster and Zealand (3211 m), making it one of the longest in Europe. In 1997, a 20 km long bridge-tunnel connection was opened for rail and car traffic between the islands of Funen and Zealand. Copenhagen and Malmö have been connected since 2000 by the Oresund bridge with a length of 7.8 kilometers. There are ferry connections with Sweden, Norway, Germany and Great Britain.

The merchant fleet is one of the most modern in the world. The main ports are Copenhagen, Aarhus, Aalborg, Esbjerg and Frederikshavn.

Railways are mainly a state affair (2471 km), although there are also private lines (494 km), especially for freight. Road traffic has a very dense road network of over 70,000 km. A small part of this (approx. 7%) consists of motorways.

International air traffic uses the airport Kastrup, near Copenhagen. There are also twelve commercial airports. The Danske Luftfarsselskab is one of three Scandinavian airlines cooperating in SAS (Skandinavian Airlines System) since 1 October 1950.