Antiquity up to and including the 17th century 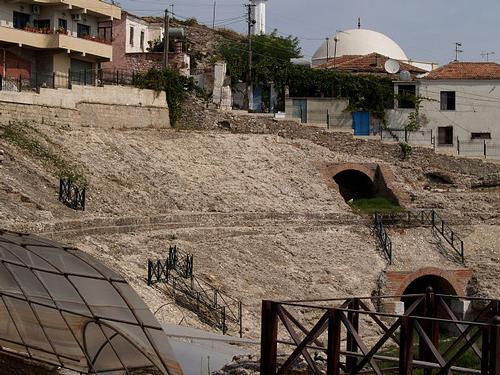 A few centuries before the beginning of our era, Albania was inhabited by the Illyrians. In the 2nd century BC. Albania was conquered by the Romans and partly Romanised. After 1204 the despotate Epirus arose in southern Albania and northwestern Greece, which was ruled from Byzantium.

This area came under the rule of the Italian princes Orsini at the beginning of the 14th century, while Central Albania as the Kingdom of Albania fell under the kings of Naples.

In the first half of the 15th century, the Turks invaded Albania. Despite the resistance of the Albanians led by the folk hero Skanderbeg, it officially became Turkish territory from 1478. Remarkably, many Albanians turned to Islam, but the proud Albanians continued to revolt against the Turks during the rule, especially since the 18th century. 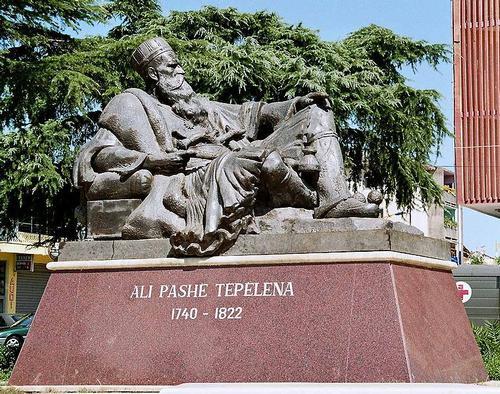 Around 1800 Ali Pasha, a Turk of Albanian descent, ruled Albani, Macedonia and Thessalia. In 1822 he was defeated and killed by the Turkish sultan.

In 1878 the Albanians asked the Congress of Berlin to look at the Turkish rule of Albania. However, German Chancellor Bismarck ignored this, after which an Albanian League was established, which also strongly protested against the allocation of Albanian territory to neighboring countries. They also argued for Albania's independence, which meant the end of Turkish support. The Turks even went to fight the League, after which there was nothing for them to do but become a secret revolutionary organization.

Just before the First Balkan War, Albania got granted autonomous status by Turkey, which, with the support of Italy and Austria was converted to independence in 1912. The Russians and French were vehemently opposed to this, but the diplomatic stewardship of the English prevented things from getting out of hand.

After a decision by the great powers, Albania became a sovereign principality under Prince Wilhelm von Wied on July 29, 1913, but a little over a year later, on September 3, 1914, he left Albania. It was not until 1920 that the Albanians managed to persuade the Italian and French occupiers to leave Albanian territory, followed by the Yugoslavs in 1921. After this the independence of Albania was a fact. 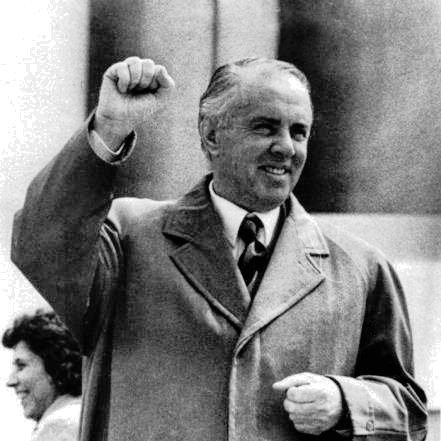 On January 22, Albania proclaimed a republic, with President Achmed Zogoe, who would later become King Zog I. Zog continued to oppose the Italians' continued efforts for sovereignty over Albania, and eventually the Italians attacked Albania on April 7, 1939. Zog fled and the whole country suffered from the war violence of the Germans and Italians. After the Italians capitulated, Albania was occupied by the Germans in September 1943. Partisan fighting now broke out and in the autumn of 1944 Albania freed from the German yoke. Enver Hoxha became a big man and a party leader of a people's democratic government from 1948. Earlier, on January 11, 1946, the partisans reintroduced the People's Republic of Albania. The republic closely aligned itself with Yugoslavia, and thus in fact also with Stalin's communist Soviet Union. As a result, the claim to the area of Kosovo and Metohija was dropped.

In 1966 a top-down cultural revolution followed in which all Western expressions were denounced and people started to strive for a new national culture on a communist basis. In 1967 Albania was the first atheist country in the world when Hoxha legally abolished religion. From the early 1970s, diplomatic relations with Western countries were reluctantly established again.

In 1978, Albania broke up with China because of ideological contradictions. In 1981 Prime Minister Shehu was murdered under suspicious circumstances and in 1982 a major and violent purge of the party and government followed; Ramiz Alia was appointed president and succeeded Enver Hoxha as party leader in 1985. Alia was committed to a good relationship the west and in the east. However, relations with the Soviet Union and Yugoslavia remained very cool.

In December 1989 and January 1990 there were demonstrations for more democracy that were violently broken up. In July 1990, thousands of Albanians were allowed to leave the country and a few months later Alia announced limited reforms, which eventually led to free elections in March 1991. The communists won the elections, but the new government was overthrown after just one month. This was followed in June 1991 by a Government of National Salvation, which was replaced by a technical government in December. However, this Government also did not last long and resigned in March 1992. Ali was succeeded on April 9, 1992 by the democratically elected President Sali Berisha who immediately embarked on extensive economic reforms.

Under his rule, relations with Greece and the Greek minority in Albania improved, but the relationship with the former Yugoslavia remained highly problematic because of the Albanians' commitment to autonomy in the Yugoslav province of Kosovo. 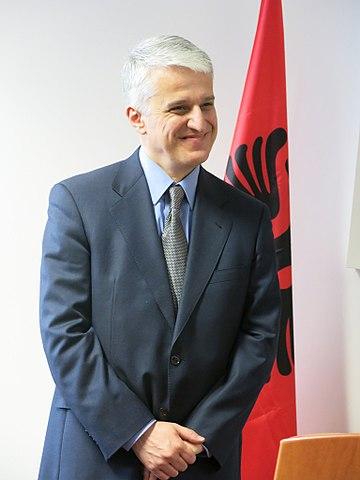 In 1997 serious riots broke out after many Albanians lost their savings following the bankruptcy of some very dubious investment funds. This almost turned into a civil war in the south of the country, but early elections in June / July 1997 prevented this in the nick of time. The elections were won by the Socialist Party of Albania (PSS). The socialist Rexhep Mejdani was appointed president, who in turn appointed Fatos Nano prime minister. Nano was succeeded in 1998 by Pandeli Majko.

1999 was dominated by the Kosovo crisis and war in Yugoslavia. Hundreds of thousands of Kosovar Albanians fled to Albania and NATO was allowed unlimited use of Albanian ports and infrastructure. In June 1999 Yugoslavia capitulated and the Kosovars were able to return to their province.

However, the problems were not over yet, as October 1999 was dominated by an internal struggle within the PSS party. Prime Minister Majko and party leader Nano quarreled after which Majko was succeeded as prime minister by Ilir Meta. At the same time, ex-president Berisha was re-elected as chairman of the opposition PDS and the old fighting cocks faced each other again. As a result, the parties remained so far apart that the development into a mature democracy became increasingly difficult. 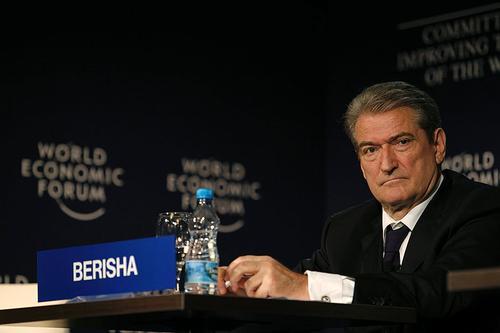 In February 2000, Albania and the Yugoslav Republic of Montenegro reopened their common border. In September Berisha managed to escape an attempt on his life. In October, the municipal elections were won by the ruling Socialist Party (PSS), which secured a majority in 252 of the 398 municipalities.

In January 2001, diplomatic relations between Albania and Yugoslavia, which had been broken since April, were restored. The June / July parliamentary elections were also won by Prime Minister Meta's PSS, with 41.5% of the vote. Four rounds of election were required for this quietest election since 1991.

Meanwhile, a power struggle had been going on within the PSS for months between Prime Minister Meta and party chairman Fatos Nano. An important point of contention was the question of who determined government policy; the party or cabinet of Meta. As a result of this conflict, Meta stepped down at the end of January 2002. Meta was succeeded by Pandeli Majko in February.

In June, Nano and Berisha made peace again and even agreed on a joint presidential candidate, General Alfred Moisiu, who was indeed elected by parliament in June to succeed Rexhep Meidani. After Moisiu's inauguration, the Majko cabinet resigned and Nano was tasked with forming a new government. At the end of July, the new cabinet took office and had some illustrious names; the former enemies of Nano, namely Majko on Defense and Meta as Deputy Prime Minister and Minister of Foreign Affairs.

In January 2003 negotiations started between Albania and the EU on an association agreement and in April Albania sent troops to Iraq; a sign of support for US foreign policy. In April, the Adriatic Charter was signed by Albania, Croatia and Macedonia; the purpose of this was, among other things, to promote NATO membership.

In 2003, the power struggle within the PSS between Nano and Meta again demanded all the attention. In July, Foreign Minister Meta resigned in protest against Nano's government policy. Local elections in October were rerun in December after serious irregularities were found.

The coalition of Albanian opposition leader Sali Berisha was selected on September 1, 2005 as the winner of the parliamentary elections held on July 3. This meant that Berisha returned as head of government after eight years of socialist rule. It took weeks for the final results to be announced as more than 300 complaints of irregularities had to be investigated and elections rerun in three districts. The Berisha Democratic Party won 55 of the 100 directly elected seats. Prime Minister Fatos Nano's ruling Socialist Party was allowed to supply 42 MPs, with the rest of the seats going to three small parties. 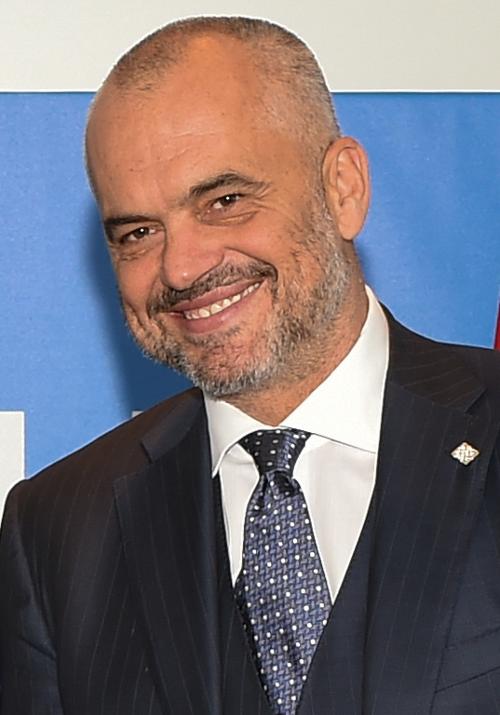 In July 2007, parliament elects Bamir Topi as president. In April 2009 Albania joined NATO. In July 2009 Berisha's party wins the parliamentary elections with a narrow majority. In May 2010, Edi Rama, the leader of the socialist party, called for a partial recount of the votes. In June 2013, the Socialist Party wins the elections and in September Edi Rama becomes Prime Minister.

In June 2014, the European Commission orders Albania for membership of the EU. In March 2015, the government announced its plan to privatize the state oil company Albpetrol. In July 2016, the government decided to implement legal reforms to bring closer EU membership. In July 2017, Ilir Meta will become the new president of Albania. In the spring and summer of 2019 it will be restless in Albani and incendiary bombs are thrown at Prime Minister Edi Rama's office.